Dream a Highway: A Grand Finale for Gillian Welch and Dave Rawlings in Australia

This was the last night on tour in Australia for Gillian Welch and Dave Rawlings, the culmination of 4,500 road miles and 14 shows.

The caravan began in Perth as An Evening with Gillian Welch, rolling across the Nullabor Desert to Adelaide, on to Melbourne and up the East coast to Brisbane. In Brisbane, Welch and Rawlings were joined by Willie Watson, bassist Paul Kowert, and fiddler Brittany Haas, and became the Dave Rawlings Machine.

The last of six Machine shows had the band back in Melbourne, the heart of their fan base in Australia.

“Dream a Highway,” a four-and-a-half hour blowout, was a fitting finale.

I’m not normally given to the excesses of obsessive fandom, but this was  my fourth show. Something got a hold of me. Partly, it was happenstance — an opportunity to catch up with far-flung family and friends — but mostly it was about the music. It was also about the sense of occasion. This was the first Gillian Welch tour in eleven years and the first ever visit by the Dave Rawlings Machine. With Dave’s well documented dislike of air travel, there is no guarantee they will be back anytime soon.  I just wanted to soak up as much as I could, and I wasn’t alone.

Festival Hall is a sprawling, factory-like venue in the “wilds of West Melbourne”, not the prettiest of places. It’s oddly configured (wider than it is long) and anachronistic, but has a storied history. The Beatles played three nights here in 1964, on their only Australian tour.

Would a fourth show in less than a fortnight be too much? Not for a moment. When Haas Kowert Tice took the stage at 6:30, I was on my feet, leaning on the rail in the front row of fans. I didn’t leave that spot until after 11, when Gillian and Dave took their final bow. The hours flew. Thankfully, the sound and lighting were  excellent, and the playing — just extraordinary.

Promoter Brian ‘BT’ Taranto, who has been on every leg of the tour, introduced the acts with the enthusiasm of a kid opening Christmas presents, grinning ear to ear. An industry veteran, one suspects he’s had few more satisfying moments than this.

The four acts on the Dream a Highway Festival bill needed just one extra player to complement the Machine lineup — guitarist Jordan Tice, who flew in for the show. Although they bookended their set with vocals, Haas Kowert Tice are essentially an instrumental group. They have one album (You Got This, 2014) to their name, and will soon be recording again. They only played for a half hour, but immediately won over the early crowd.

Highlights included two new originals, a Swedish polska and a slower piece tentativly named “Randy” (for Randy Newman). Tice is an excellent flatpicker, his delicate touch and stylish phrasing shining on the slow stuff. These three are well-matched – young, profoundly talented, resumes as long as your arm, and musically sympatico. It’s a pure delight to see them carrying on the tradition of their elders and mentors – Darol Anger, Tony Trishka, Bruce Molsky, Edgar Myer, et al.

Willie Watson was up next, playing solo and working his way though much of Folk Singer Vol. 1. After his cameos on the previous DRM shows, it was great to seem him stretch out, deftly switching from guitar to banjo and adding some harmonica along the way. And, man, can he sing. Grasping for a name to compare him with, the best I could do was Odetta, if only for that crystal, hear-every-word clarity which helps make him a compelling storyteller. He sure took the audience along for the ride on “Rock, Salt and Nails”.

If you saw only one of the concerts on this tour, this was surely the one. DRM played a full hour, including most of the crowd favorites, quickly followed by more than an hour of Gillian Welch. They showcased the full breadth of their music, from the Neil Young-like “Weekend”, the whimsical pop of “To Be Young”, to Flatt and Scruggs, to the spare, bitter-sweet, Appalachian folk-noir of Gillian’s songs. It’s a perfect stew for folks like me who grew up on rock and blues, then found a connection with the music of rural America in its myriad forms.

At the end of Gillian’s set, the Machine reassembled on stage for “Look at Miss Ohio” (a mass singalong), followed by Willie’s marvelous version of “Midnight Special”, (mass singalong on the chorus) and Dave’s “Method Acting”/”Cortez the Killer”, a highpoint of every DRM show. As on previous nights, Dave and Brittany’s interplay was breathtaking. The DRM tour ended with “The Weight”, now the unoffical anthem of roots musicians everywhere.

After a quick change, Gillian and Dave came out they came in their Nudie suits, and flew through “I’ll Fly Away” before we could get our collective breath. We then got something special to go home with, the long and rarely performed “I Dream A Highway”, from Time (The Revelator). The hoots and hollers gave way to reverent silence until the decay of the last chord, met with deafening applause.

“Thank you,” said Gillian, waving farewell. “We love you more than you know.”

Right back at you. 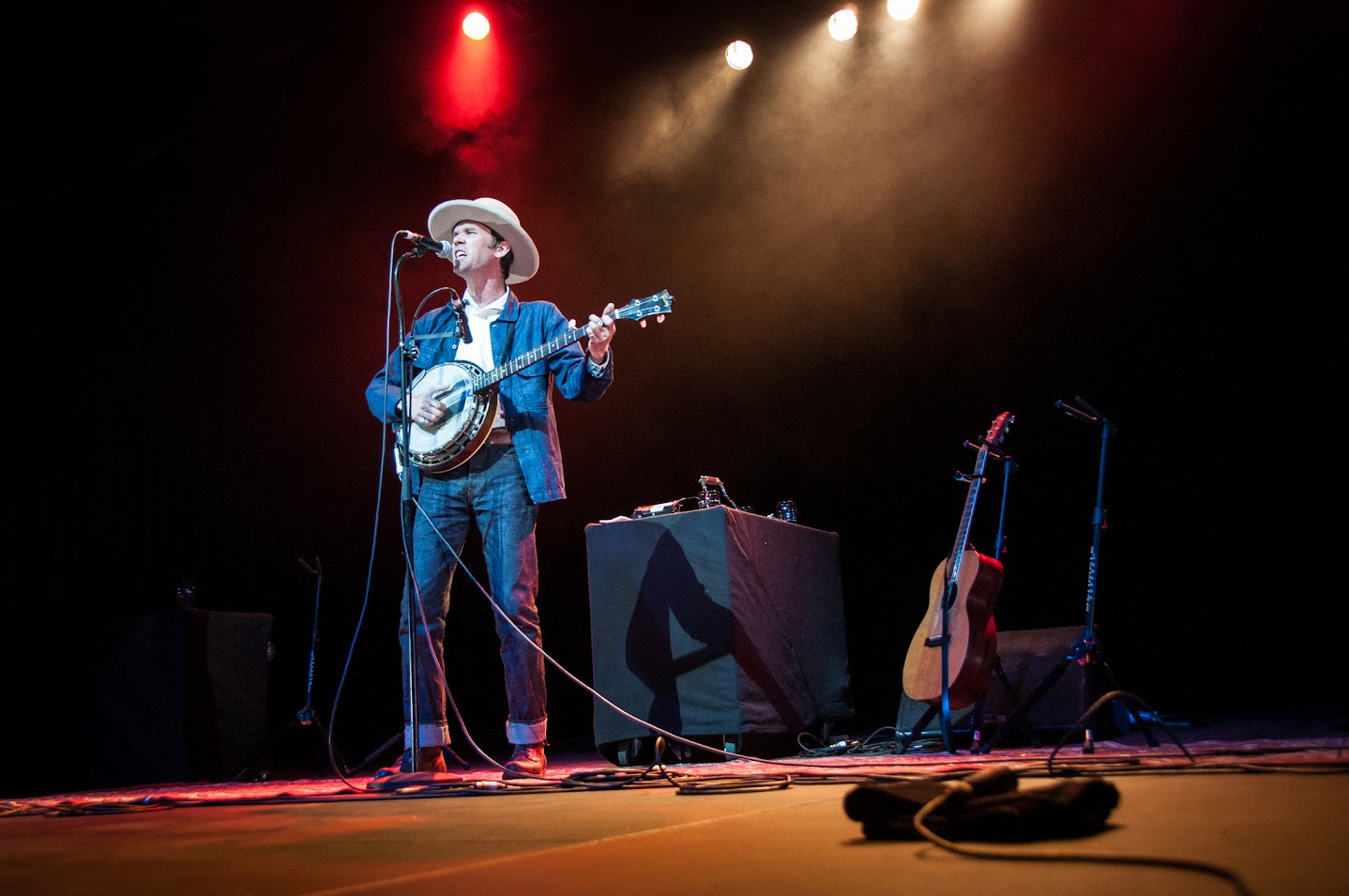