Songwriter Jonatha Brooke is a strong performer in every sense of the word. Carrying herself as the dancer she is, in possession of a nimble soprano that can go from a whisper to a roar, she is adept at owning a spotlight. And so she took over The Freight & Salvage stage on a recent Tuesday night, wearing jeans and a sequined red shirt, two guitars and an extensive catalog of songs at the ready.  Even if you didn’t know Brooke was fresh off performing her one-woman show My Mother Has 4 Noses, about taking care of her mother after she was diagnosed with Alzheimer’s, you might think she was as much theater actress as songwriter.

In Berkeley, Brooke folded in songs from the play (and album of the same name) into a dense double-set performance. Having broken onto the national stage in the late 80s with the acclaimed duo project The Story (with Jennifer Kimble), Brooke has hardly let up since her early success. More than twenty years and nine solo albums later, she’s traversed an extensive range of musical terrain, from writing songs for Katy Perry to delving into Woody Guthrie’s previously unpublished lyrics, and her confidence is well earned, her performance stamina notable. Brooke remarked that she hadn’t been touring much in recent years, but she was clearly up to the rigors of her  month-long run through the Western US.  She moved seamlessly from guitar to piano bench throughout the night, even taking time to demonstrate the variety of dance styles she’s observed from her audiences while on tour, her voice never faltering despite the demands she puts on it, or the emotional tolls her songs exact.

Four Noses maybe the first full-length play to mine the material of Brooke’s relationship with her mother, but she’s been addressing lifelines, faultlines, and ties that bind since her formative days in The Story.

“It’s as if we’re tracing some familiar faultline/Running down the coast from you to me,” she sang in “Blood From a Stone,” an echo of her song West Point, which finds her “retraveling this lifeline that’s so close to home.”

Brooke’s fans are equally loyal. “Any Story fans out there?” she asked before launching into “At The Stillpoint,” and most of the house applauded.

At The Freight, Brooke had a way of smiling through even the saddest of her songs, while gently slaying the audience. She led the audience in a ‘groan along’ on “My Misery.”  And not a few folks were sniffling by the end of “Time,” another song from 4 Noses that cuts to the quick of Brooke realizing she was far from ready to lose her mother, even as she faced her decline. Accompanying herself on kalimba, Brooke nonetheless took the audience on a deep dive back to that moment, a performance epitomizing the depths she will go to to get at the truth in a song. 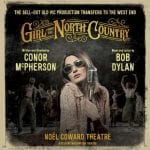 “Girl From the North Country” to Premiere in America at The Public Theater, New York City 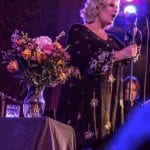