On, this, their first tour of Australia, the Dave Rawlings Machine was scheduled to play the four capital cities on the eastern mainland … and Bangalow, New South Wales. I guess it was something of a busman’s holiday. Bangalow (population 2,000) lies in the lush, sub-tropical hinterland near the tourist mecca of Byron Bay in northern New South Wales. It’s one of the most beautiful parts of the country. The NSW north coast has been an “alternative lifestyle” magnet for more than 40 years, and there’s a vibrant music and arts scene in these parts. Australia’s premier annual roots music festival, Bluesfest, is held nearby.

The A&I Hall (named for the Agricultural and Industrial Society) is a charming, hundred-year-old building; the sort of place that might, in the American heartland, host a county fair pie contest. It was a little surreal to arrive here near dusk, knowing that some of my musical heroes would soon be playing. I hadn’t looked forward to a show so much since – well, since An Evening with Gillian Welch five days earlier. It was more than a little surreal. The first time I saw Dave Rawlings Machine was amongst many thousands at Hardly Strictly Bluegrass in 2014. Now I got to see them with family and friends in this random, perfect place.

The Gillian Welch/The Dave Rawlings matrix can be confusing to the uninitiated. Gillian Welch is both half of a duo, and the name of the duo itself. When they play as “Gillian Welch”, Gillian does the singing (mostly) while Dave provides exquisite harmonies and magnificent guitar lines. Dave Rawlings Machine is both Dave’s nom de disque, and a touring band consisting of Dave, Gill and a changing lineup, which has famously included Led Zep’s John Paul Jones. Dave does most of the singing. 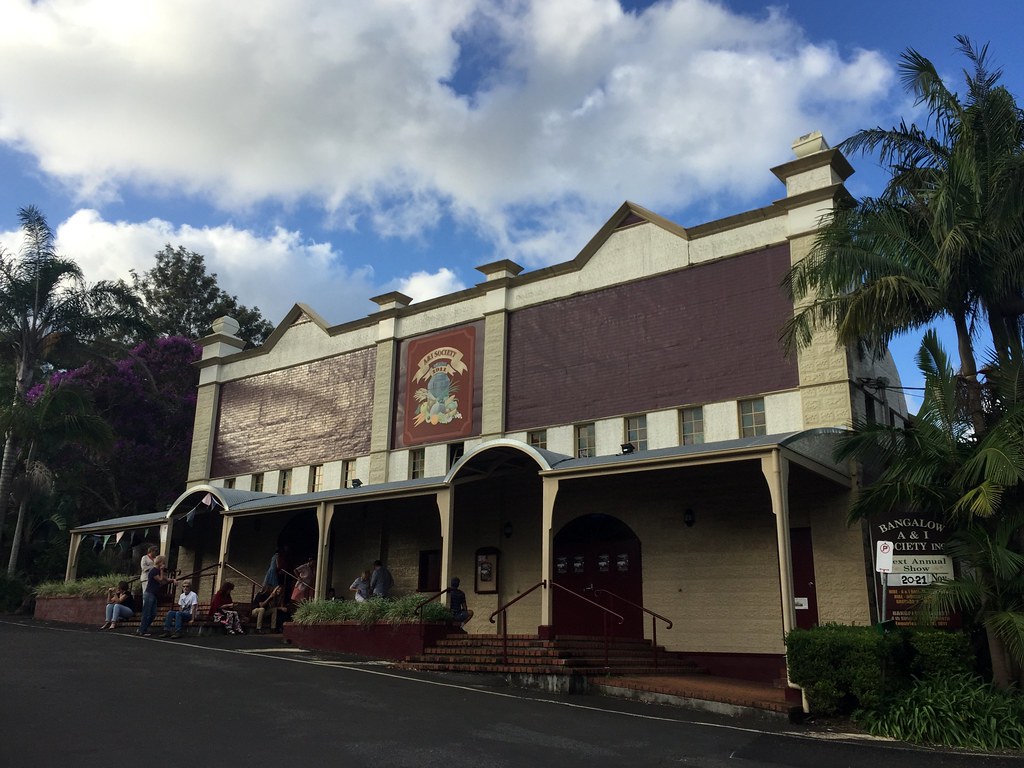 The current group boasts some of the best younger players in the neo-traditional scene.

Willie Watson (vocals, guitar, banjo, fiddle) was a member of seminal band Old Crow Medicine Show for more than a decade, during which time Dave Rawlings produced two of their albums. Rawlings also produced Watson’s solo album, Folk Singer Vol. 1 in 2014. He’s a headliner in his own right.

Paul Kowert (bass, vocal) is a member of the Chris Thile’s band, Punch Brothers, and also plays with the trio Haas Kowert Tice. He learned from the great Edgar Meyer.

The prodigiously talented Brittany Haas (fiddle) was a key member of the excellent Crooked Still (currently on hiatus), and plays with Paul in Haas Kowert Tice. She learned from the great Darol Anger, among others.

I had high hopes for tonight, having seen all members of the band play previously in various guises. I did have some misgivings about the venue. There was relaxed attitude to what we call ‘BYO Grog’, with folks casually bringing six packs and bottles of wine into the auditorium. (It’s the only kind of “open carry” you’ll get away with down here.)  Would they get too rowdy for the quiet stuff? I also feared there may be some who came primarily to see Gillian Welch, and didn’t understand the dynamics of DRM.

Well, the audience did get a little rowdy, but mostly in a good way. Most were clearly familiar with DRM’s material, greeting each intro with loud cheers. My high hopes were exceeded. It was hot, it was sweaty, it was magnificent.

Quiet songs like the beautiful “Bells of Harlem” (highlight of the first set) got a good hearing.

Everyone got a chance to shine. Watson, who is a born showman, took over lead vocals on Charley Jordan’s “Keep it Clean” and Leadbelly’s “Stewball” (both from Folk Singer Vol. 1) . He has a much purer and stronger voice than I recalled, with a rich vibrato. Paul Kowert got to play some tasty slap bass and proved – taking the low part on “He Will Set Your Fields On Fire” – an excellent singer.

The show just went from strength to strength, and the closing sequence of songs was unforgettable. 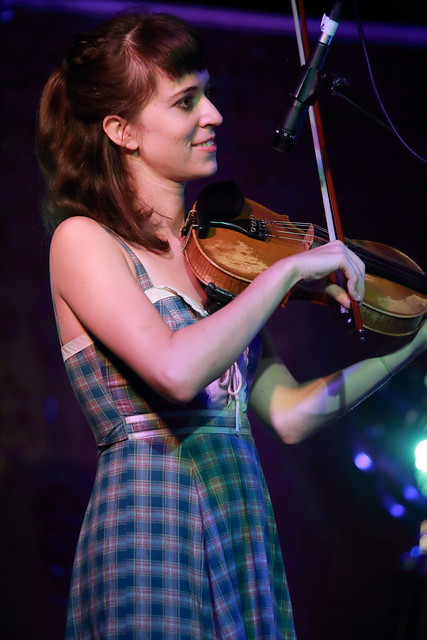 Rawlings’ medley of “Method Acting”/”Cortez the Killer”, from A Friend of a Friend is a dreamy tour de force. Dave learned “Method Acting” while touring with Conor Oberst (Bright Eyes), who wrote the song. When he worked out his own version, Dave realised he could transition straight into Neil Young’s “Cortez”, a big favorite from his teenage years. It was the piece I was most looking forward to, and I was transported. I got goose bumps as he segued into “Cortez”. Musically, Dave’s interplay with Brittany, weaving lines around each other on the long outro, was the peak of the night for me. Surely this was time to call a halt, exit the stage and prepare for the encore. How could they sustain the mood with another song right away? By playing Dylan’s “Queen Jane Approximately”. Then they were off.

After milking the applause for just long enough, the band was back on stage, with Gillian up to the microphone, and launching into “Look at Miss Ohio”. Everyone in the place is singing along, loudly. Not just on the chorus, but all of the verses. Everyone on stage is beaming.

After another call back to the stage, they are into “The Weight”, with Dave, Gill, Willie and Paul all taking a verse, and Brittany playing the melody on fiddle.

For the third and final encore, all five members of the band gather round one microphone, bluegrass style, for an a capella version of “Didn’t Leave Nobody But The Baby” (recorded by Gillian with Alison Krauss and Emmylou Harris). Just right.

Who knows how long this incarnation of DRM will last? I suspect nobody has the answer to that. But there is surely something special going on here. It’s something quite different, and complementary to, An Evening with Gillian Welch. The pieces of this band fit tightly, and they sound like they’ve been playing together forever. And there are so many options – multiple lead singers, three part harmonies, twin fiddles (bliss!) …

With Brittany Haas on board, this is the best ever Dave Rawlings Machine. If not a super-group, it’s certainly an all-star band.

See them while you can.

17 February, The Playhouse, Canberra (SOLD OUT)