Daniel Lanois with Rocco Deluca at the Commodore Ballroom, Vancouver, BC (March 4, 2015)

“Forest City” is the sprawling, moody closing track of Daniel Lanois’ late-2014 album Flesh & Machine. It opens slowly and quietly, a solid wall of sound building from nothingness over the first couple of minutes. The occasional flicker of sound from another source is heard, but the song’s overtones are its fundamental nature. “This,” said renowned director Terence Malick to Lanois when he first played the song for him, “is how I see life.”

On his first visit to Vancouver in just over four years — the last show was with his Black Dub project on February 2, 2011 — Lanois chose the album’s closing song as a set opener, and it was a good choice. With the sound at the gorgeous Commodore Ballroom turned way up and tuned beautifully, the song’s crescendo created a wave of pressure that filled the near capacity room. “Forest City” brought Lanois’ set to life, and it was stunning.

It also left no doubt what shape the night’s show was going to take: Lanois is well-known as a restless musical explorer and while his solo projects have largely focused in the tradition of the singer-songwriter, Flesh & Machine, harkens back to a different time when Lanois was collaborating with Brian Eno and producing more ambient sounds. It’s a bit of a misnomer to call the album ambient — in stark contrast to Eno’s goal of making music that was just there, like a painting, the sounds on Flesh & Machine are designed for anything but passive listening.

The stage of the Commodore was strewn with equipment. Recreating the sounds of Flesh & Machine meant that Lanois took the stage behind a sizable mixing console that he used to drive much of the night’s sounds. Lanois has long viewed the mixing board as just another instrument in his palette and for now, at least, it was front and centre.
Early in the set, “Sioux Lookout” — another track from Flesh & Machine — introduced the rest of the  band into the mix. Bassist and longtime collaborator Jim Wilson was almost obscured by consoles at times, but the song’s stunning bass line was everywhere in the room while new drummer Kyle Crane (Lanois apparently heard him play in “a little bar down the street” in L.A. and asked him to tour) was a flurry of motion and energy on stage right.

“We haven’t forgotten about the old Les Paul” Lanois quipped while strapping on his guitar and stepping out from behind the console for the first time. This launched the show into an extended visit through Lanois’ back catalogue, starting with 2003’s “I Love You” and a solo performances of two of his most well-known songs — “Jolie Louise” and “The Maker”. Ending the set with “Still Water”, Lanois started the song solo before gradually reintroducing Wilson’s bass and Crane’s drums. This was rock and roll school, and a perfect demonstration of how to build a song live on stage.

As an interlude, the solo songs did a nice job of satisfying the audience’s desire to hear old favourites. Moving back to his mixing, the band launched into an extended jam led by Crane’s drumming that explored the Jamaican dub sounds that featured prominently on Black Dub’s debut before launching into another Flesh & Machine track titled “Opera”. 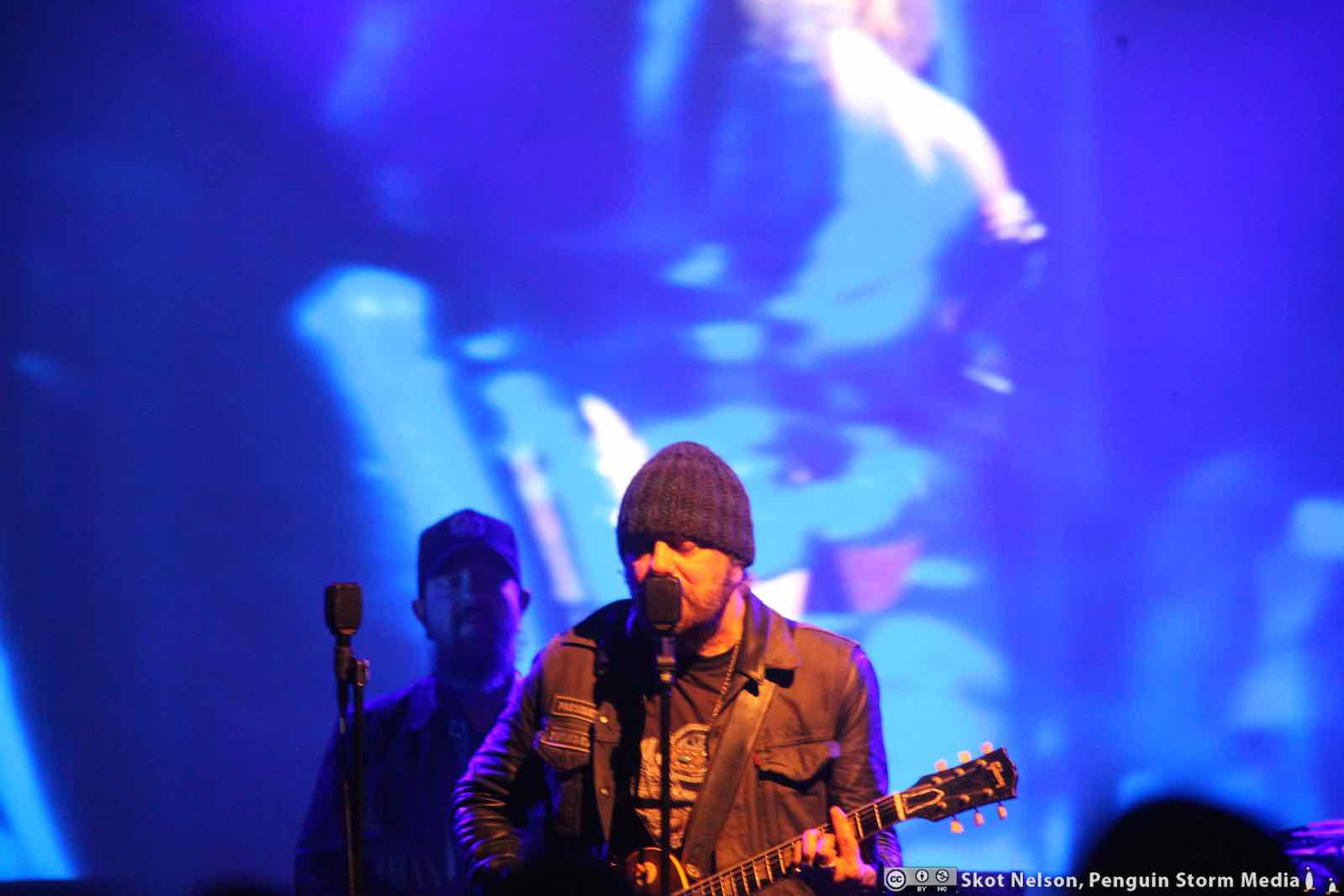 This provided one of the night’s highlights: the song’s driving bass and accompanying visuals had the crowd dead silent for the duration and practically lifted the Commodore off the ground. Judging by the thundering applause when the track ended, this was a happy crowd.

As Lanois and the band left the stage, the crowd filtered out, which was a shame because after a bit of a long delay there was an encore which saw Lanois invite the night’s opener Rocco DeLuca back to the stage. “When the lights they go out / we congregate / The song will come / and we shall congregate”, Deluca began. “There’s trouble at the gates of my heart.”

Lanois is best known as a producer but the last few years have seen him playing and recording more, and it’s nice to see. When asked about producing in the past, he’s famously commented that “you can’t buy feel.” All of the electronics are just tools, and ultimately the goal is to deliver music that the audience feels — deeply, personally. There’s no doubt that happened here.

As fitting as it was to start the night with that expression of life in “Forest City”, there was probably no better way to end it than with the sentiment expressed by “Congregate”. In the pitch black darkness of the Commodore Ballroom on this night, Lanois, Deluca, and the band held forth in front of a congregation of fans and delivered a show that had enough new and enough old to satisfy all. This was a show for the ages, and it’s not to be missed if it comes near you.

More photos of the show are on my Flickr site. The Flesh & Machine tour is taking a small break but heads to Europe in April before returning to North America in early May. Complete tour dates are Daniel Lanois’ web site.