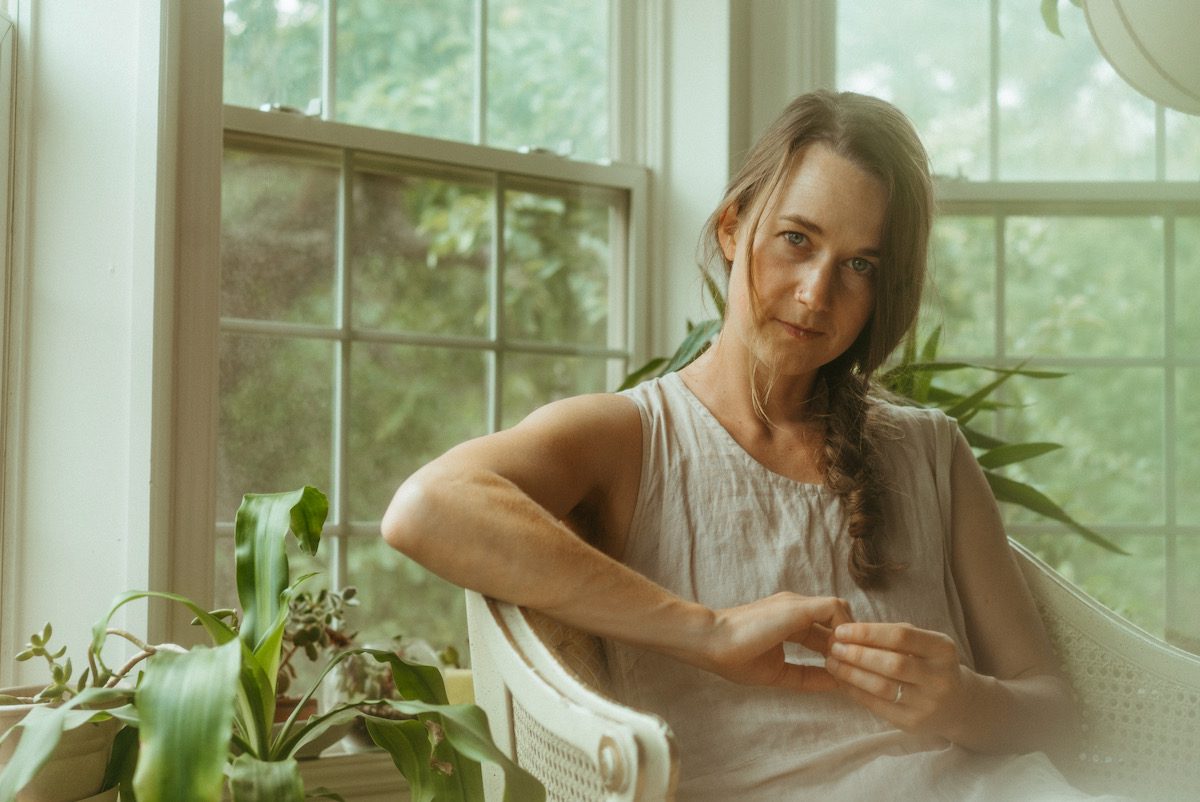 EDITOR’S NOTE: “Bright At My Back” is a song from Courtney Hartman’s new album, Glade, out now.

The end of another year is spiraling toward us. From where I sit, the leaves have mostly come down and the light is low until late in the morning. There is a quietness and nurturing in winter that I crave now, even as we soak up the last few warm hours of the year. A bed of leaves covers our garden, but still a few sprigs of mint and parsley press their way upright, determined to hold up through the frost. As a society, we do not always welcome a circular view of life or the notion of returning. Always upward, always ahead. If we have returned, it is only because we somehow failed. I have a teacher, a mentor who speaks about life as being neither circular nor linear — but moving instead in a spiral, always returning but never as the same person we have been before.

There are some changes in life that leave us altered, that drop us on the road somewhere far away from who we’ve known, leaving us to journey home toward ourselves again. The loss or going of someone, the birth of a new life into ours, a changing of vocation, or a call to somewhere new and unknown to us. I began writing “Bright At My Back” on the final morning of a solo trip overseas, just before returning home. I had recently left New York City to live in the valley where I spent my childhood. And so “home” was a word wrought with younger shadows of myself and quiet doubts about what had gone wrong to lead me back there. Home is humbling; it is where we have nothing to hide behind. Home is also comfort, albeit a complicated kind of comfort. The song completed itself as I was driving north three years later, leaving home for the second time. I know now that the second leaving was the hardest. I had returned for long enough to see home and myself with new eyes. To cherish it again. In my returning, I had changed. Who are we after losing something or someone as integral to us as our own limbs? How do we move our bodies then? What do we have left of ourselves to give?

At the very end of last year, my husband and I relocated to Wisconsin. Just before the ground began to thaw in the spring, we trimmed back the limbs of our maple trees, cutting away at what no longer served them or our small plot of yard. They bled clear, sweet sap and then healed over. Every morning from the window, the wide scars shone like tree moons. The maples leafed out in April and now they shed their leaves again onto the ground, nearly ready for another wintering. Are we similar in this — as we return again to the rhythm of our days, having lost but shining all the same, ready again for a new turn in the spiral of our lives?

I see this kind of cyclical returning reflected in the life of my grandmother. Sometimes now, I look into her eyes and see something of my own. I lift my hands in the light after a long day of working and see something of her hands in mine. I watch her return to herself yet again — after the loss of a daughter, after the loss of a home, after the loss of her life partner of 70 years — and I ask if I too will have as much courage as she has had; returning again to herself in search of the woman she is without. There is so much of life-at-large that I have not known and can only begin to imagine. I ask her what she has learned about herself since the stroke — as she has fought to learn how to walk again, how to speak clearly, how to write with her left hand since her right is unruly — beginning again in so many ways. Like countless others, she spent many months last year completely alone, held away from the grasp of loved ones by a thick pane of glass. She has battled hard to be alive and growing.

When I was deciding how to visually depict “Bright At My Back,” I knew I wanted to invite Grandma to be there, even if just as an excuse to get her outside and into the wilderness for a few hours. So I asked her if she wanted to drive with me up to Medicine Bow, Wyoming, for an afternoon, whether it would be too much for her. She answered emphatically: “Every day has a little pain, even at home! Of course I’ll go to the mountains, even if it might be a little hard or a little slow.” So she, my dad, my brother, and our dear friend and filmmaker Anders Lindwall and I all piled into the car on a June afternoon and started toward Wyoming.

Up among the peaks, the wind blew cold around us and sleet began to come down. I wrapped Grandma’s shoulders in a blanket and we walked slow and careful back to the car, every step a risk for her feet to navigate. These days, I see the clothing she wears and it does not seem so different from mine. She wakes up early, she spices her oatmeal with ginger and turmeric and cinnamon, a habit I took on too, without knowing it was hers. Her voice cracks when she speaks to herself in frustration. Sometimes she sounds broken by her own limits, aggravated by what date or name she can no longer pull from her memory. For a brief moment, I see her disappointment at who she has become — and then acceptance. We move on, talk about something else, or let go of the task we set out to do together.

Returning is courageous. As is leaving or making the choice to begin again. So even as the year is coming to an end, even if it looks different now than we had thought when it began, even if we have yet to answer our own questions of home, even if what we see ahead is a blur, there is a light, bright at our back, as we return to ourselves, made new by what we have learned and what we have lost. 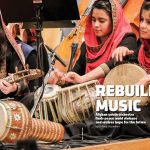