I first heard of Dallas Wayne from his albums in the early 2000’s on the venerable HighTone Records. Back then, I’d take a chance and buy an album because of the label’s reputation. I was rarely disappointed by HighTone artists. Wayne’s “made for country” deep voice and a sense of humor made him a personal favorite.

Dallas Wayne: I grew up in Cape Girardeau, Missouri and there was always music around my house when I was a kid. My dad could play almost any instrument you can think of, totally by ear; he could figure it out. There were a lot of long car rides where my mom and dad would harmonize with each other on old country and gospel songs. I played music all through high school. I used to leave the Friday night football games, shower as quick as I could and head off to some honky-tonk to play music. I remember one night I’m at the gig singing and looked down at my arm and there were grass stains all over it. I guess I didn’t shower that thoroughly that night.

Bluegrass music is what took me to Nashville in the mid 70’s. I found out pretty quick that when winter came around, the festival circuit dried up. There wasn’t much work. It didn’t take me long to buy an electric guitar and start playing country. I got lucky and made my living both on the road and as a demo singer on recording sessions. In 1989-1991 I left country music for a while ’cause country was getting a bit too pop sounding for me, and worked with the Chicago-based bluegrass band Special Consensus. It was there I started working with Robbie Fulks. We started writing songs together then. All in all, we’ve probably written 80-100 songs together. In fact, my Big Thinkin’ record that came out in 2000 was entirely written by myself and Robbie. Our association and friendship continue today. I just finished doing a play in Chicago last month written by Mark Roberts called The Last Night At The Jabez Country Opry. Robbie wrote all of the music for that.

What have you done since then?

Over the last 45 years, I’ve released 12 solo albums and I’ve been fortunate to be a part of four great band projects, including albums by Special Consensus, the TwangBangers, and the band I’m currently in, Heybale. The band includes Redd Volkaert and Earl Poole Ball and we play every Sunday at the Continental Club here in Austin. Through the years I’ve had the opportunity to tour the world and be a part of some stuff I had never dreamed of.

How do you describe your music and or songs to someone who’s never heard you?

Country, plain and simple. As a songwriter, I believe that lyric content is king. I’ve always said that the period between 1955 and 1980 was the renaissance of country music songwriting. Willie, Kris, Merle, Hank Cochran, Harlan Howard, Rodney Crowell, Guy Clark… they are America’s modern-day poets. Sadly, no one buys books of poetry anymore, but they damn sure buy music written by songwriters who speak to them.

Where and when did you start in radio?

My first radio show was on KOPN in Columbia, MO, during college. I sucked at it. Later, between music and acting gigs, I worked on several stations from Sycamore, IL, to Helsinki, Finland. I really didn’t get serious, if you’ll pardon the pun, until 2005 when I started working on SiriusXM Satellite Radio while also serving as Program Director and morning show host on KHYI (The Range) in Dallas, TX. During that time I did a bit of acting and a lot of commercial voice-over work as well, for everything from McDonald’s and movies, to male stripper videos (it’s a long story!).

Currently, I can be heard on SiriusXM Satellite Radio, Monday through Friday from noon to 6 p.m. Eastern at Willie’s Roadhouse (channel 59), and Tuesday through Friday at Outlaw Country (channel 60) from 10 a.m. to noon Eastern. In addition, I hold the position of Operations Manager for the SiriusXM Austin, TX studios.

I would say, or would like to think, that my show is a conversation and sharing of wonderful music with the audience. I try to not get too deep in the weeds, but if I can fill in some background on the artists and the songwriters, and have a good time doing it, I’ve done my job.

What was the first artist that got you into Americana or roots music?

My tastes when I was a kid ran from the Beatles, through bluegrass, to Buck Owens. Actually, my parents’ taste in music were broader than mine, and the light for me came on when they brought home Kris Kristofferson’s first solo album. That brought me to the seriousness of songwriting as literature, which caused me to explore writers like Willie Nelson, Mickey Newbury, Roger Miller, and the rest of the progressive country scene.

Who are your favorite artists of all time?

For his song styling and pure vocal ability, I’d have to say Ray Price. I’d say Merle Haggard ranks right up there at the top; he may have been the last of the triple threats: singer, songwriter, and band leader. And of course, Willie – he’s a mixture of all those. They are my heroes and teachers.

The beauty of it is, it’s a true mixture of all the good things in American music over the last 60 years; from country, to rock and roll, to blues. It’s what great music means to me.

Where do you see radio going in the future?

We’re living in some incredible times, as the delivery system of how people get their music is rapidly changing. But to me, it all goes back to one thing: content is king.

The two most recent albums that come to mind right away are Willie’s new album God’s Problem Child. I think it’s Willie at his best, and Alison Krauss’ new album Windy City. They both just blow me away.

What are your most memorable experiences from working in the music industry?

I’ll put it this way, I’m never nervous when performing in front of a crowd, whether it’s 10 or 10,000. But playing the Grand Ole Opry as a solo artist for the first time in May of last year made my knees shake because of the awe and admiration I have for the “Mother Church of country music.” I reckon that would be my most memorable moment in 45 years of doing this.

What projects are you working on now?

My last record, Songs The Jukebox Taught Me, was an album of country covers that I wanted to do to pay tribute to my teachers. This year I’m going to focus on a more songwriter-oriented project, revisit some of my older stuff, and write a few new ones as well. Because first and foremost, I’d like to think of myself as a songwriter.

Poor retirement planning. No, seriously, as long as people will put up with hearing it both on radio and on stage, I’ll keep doing it.

What are your most proud accomplishments?

I’ve been extremely lucky both in my radio and music careers, but I’d have to say I’m most proud of being a good husband and, hopefully, a half-decent father because family and the folks you love are what’s really important.

How do you want to be remembered?

I’m so thankful for all the people I’ve met and the places I’ve been. I would hope I’d be remembered as a loyal and decent guy who liked to make folks happy. But hell, I guess it won’t matter much cause I’ll be dead [laughs]… 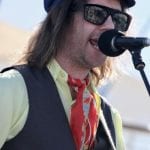 Cayamo Pulls Out the Stops in Celebrating its 10th Anniversary 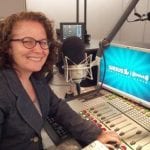