Sometimes, intent and opportunity mesh so perfectly it seems that there just might be a divine plan.  That’s exactly what transpired when Ferdinand Joseph Lamothe wandered off the streets of Washington D.C.  into the Library of Congress’s Coolidge Auditorium one warm May day  in 1938.  He was intent on speaking to someone whom he believed had the power of righting what he viewed as a skewed history of American jazz and restore his rightful place as the prime mover, the Emperor of Jazz.

The very self-possessed Jelly Roll Morton – he had changed his French Creole surname from Lamothe years before — lucked out on that day.  His interlocutor turned out to be a smart and well-educated young guy with a musical family mission.  Like papa John Lomax before him,  Alan Lomax by his early 20s  had already begun dedicating what would ultimately become a long and fruitful life to preserving that delicate candle known as American “roots” music, and he was succeeding like no one before or since.

The initial irony of their meeting is that Texas-born Lomax was no fan of jazz:  Numerous times, he had decried jazz as the musical Antichrist, supplanting, in his view, the many more native and rural folkways of the south.  His initial predilection for roots music nearly forced Morton back home, where his story would have remained untold.

As the two men spoke, it became clear to Lomax – ever the ethnomusicological prospector – that lying within Morton’s sometimes self-aggrandizing monologues was nested a history of American southern musical and folk culture as recalled from life in turn-of-the-century New Orleans that had never been recorded.

The September, 2005 release of  the Complete Library of Congress Recordings of Jelly Roll Morton, arguably the most seminal figure in American music, takes full advantage of what was a chance meeting and presents its wealth of anecdote and music, history and cultural odyssey courtesy of Rounder Records and the Lomax Archive.  It’s to  Lomax’s prescience and documentarian’s creativity that we owe a huge historical and musicological debt, for never before, and never again, will a man and a milieu exist quite like what’s described inside these eight golden platters.

This very satisfying multimedia collection, which includes Lomax’s 1950 biography, “Mr. Jelly Roll,” elaborate liner notes, music, talk, document facsimiles, photos  and other ephemera,  has been lovingly crafted.  A huge Adobe Acrobat file on Disc 8 contains the entire transcript of the recordings as well as transcripts of conversations never recorded; photos of Morton and some of his peers; facsimiles of letters to and from Morton, including a letter to FDR outlining an ambitious series of benefit concerts to be held for down and out musicians.

Even though portions of the interviews have been issued on LP at various points over the years since they were first recorded, the recordings themselves were always at the mercy of the producers who selected and abridged the material.  The older recordings also suffered from artifacts introduced by the machinery Lomax used: battery-operated disc cutters that were notoriously unreliable in maintaining constant speed and pitch.

In this superbly produced edition, the recordings have been reissued in their entirety and laid down in their original recording order (May, June and December, 1938).  Pitch has been corrected, and in many cases alternate masters used so that sound fidelity is almost all one could ask for in such a historic and entertaining record of a life in music.

From the elaborate die-cut grand piano packaging to the portfolio packaging of CDs, Lomax’s book-length biography of Morton, and rewarding liner notes written by John Szwed in the form of a thinner, coffee table-size booklet,  this is the definitive audio-and-text life story of an immensely talented and intelligent Louisiana Creole musician with keen observational powers and strong opinions.

Shafts of light grew long as they poured through the windows of the Library that May day in 1938 as Jelly began his tale – speaking in long and descriptive passages, singing in a rich baritone voice — he seemed compelled to speak of a culture that was already history by 1938.  Adding to his loquaciousness, no doubt, was the excellent whiskey Lomax was glad to provide to keep his guest’s tongue wagging engagingly.  “That’s extraordinary whiskey!” shouts Morton at numerous points throughout the interviews as he told tales of his pool shooting prowess, his fear of certain New Orleans gangsters and pimps, his forthright  opinions of other musicians.

In his prime through the 1920s, Mr. Jelly Roll was at the top of his game as a composer and piano player, making money handily to the point where he could afford custom tailored suits and a sparkling gold front tooth.  He recorded numerous sides for Victor Records and fronted a number of jazz bands in New Orleans, New York City and Washington DC including the Red Hot Peppers and The Incredibles.  However, his personality – unlike that of, say, King Oliver – was not amenable to band leadership, and the reason why he couldn’t hold onto a band for very long.

Now, in the late 1930s, at age 48, he had become reduced to penury – due in part to the rise of the big bands, the ascent of the vocal blues idiom and the cultivation of blues shouters and chanteuses.  Morton, with his nearly purely instrumental oeuvre — was nevertheless hoping for a second chance at the brass ring in what was to be his eleventh hour on this earth.

By 1938, he was scrambling: The second-floor bar he ran in Washington’s urban black section didn’t bring in much money, so he indulged the occasional pool hustle, hosted a radio show, and performed here and there  – but, clearly, nothing was as it used to be but, as Lomax later remarked, you couldn’t tell that by looking at him.  He would die within three years of his conversations with Lomax; sadly, he would narrowly miss a revival of interest in his work.

Morton presents his story told within the larger picture of life in the New Orleans music and entertainment scene as witnessed from the thoughtful and observant perspective of a Creole kid with immense native talent.  He recalls beginning his musical career playing piano in relatively high-end French Quarter whorehouses.

As Morton speaks and plays, you can hear Lomax’s occasional interjections in the background asking for clarification of a point or some long-gone custom.  Other than that, Lomax wisely does not direct his guest or interfere with his tale.  As he chats, Morton plays piano nearly throughout, sometimes underscoring a story with the appropriate music, at other times explaining the music itself, but always tapping a boot heel on the hollow wood floor for rhythm.  We hear various and varied versions of  Morton’s compositions “Whining Boy Blues,” “King Porter Stomp,” “The Pearls” and “The Crave, ”Alabama Bound,” “Make Me a Pallet on Your Floor,” “My Gal Sal,” “Maple Leaf Rag” and various other rags, blues, stomps, marches and stride numbers.  He even gives us his interpretation of Fats Waller’s “Ain’t Misbehavin’.”

Lomax’s loving work has brought to vivid life not only the musician, but   some of Morton’s long-dead peers as well, whom he also interviewed at that time.  The small but well-chosen roster includes musicians Johnny St. Cyr, Leonard Bechet, Paul Dominguez, Alphonse Picou, and Albert Glenny.

As we look back from the year 2005, it’s clear that not only is Jelly Roll’s “Nawlins” of prostitutes and pimps, chumps and dandies, criminals and musical geniuses altogether gone, but that the city itself has been decimated to the point where  even artifacts of that bygone time have all but ceased to exist.  This is a collection that almost everyone with a love of indigenous American music – and jazz, despite Lomax’s objections, was an American invention — should own.  It will provide vast amounts of entertainment and surprise.  Highly recommended.

The Best Music-Inspired Watches You Can Buy 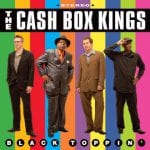