Looks like we’re the first on No Depression to review the new soundtrack to the hit Hollywood movie, The Hunger Games. Sure, we’ve all been hearing about it, especially the much ballyhooed Taylor Swift/Civil Wars collaboration and the production by Americana icon T-Bone Burnett, but the album itself is a musical wonderland. Burnett’s off the leash with this one, gleefully quoting Appalachian tropes while shoving this old music into the swift currents of today’s pop Americana.

It’s ironic that the Hunger Games soundtrack is so good, since I don’t remember a single one of these songs in the film. Two of them played over the end credits, but everything else was pretty generic composed film music. Technically this is a companion album, basically made up of songs inspired by the film rather than songs played during the film. It’s ironic too, since the film isn’t that great. Hair-brained director Gary Ross made the “artistic” decision that the camera work would be entirely hand-held, close-up shots in order to mimic the “urgency” of the action. Ugggh. The filming is constantly up the actor’s faces, shaking as bad as an iPhone. It never pulls back to show scenery, or to show the bigger picture in a scene. Too bad, this could have been a great opportunity to really play up the Appalachian background of the film with beautiful vista shots and evocative staging. It’s still watchable, largely because the story is so compelling and the acting is excellent, but I got motion sickness for the first time in a movie. 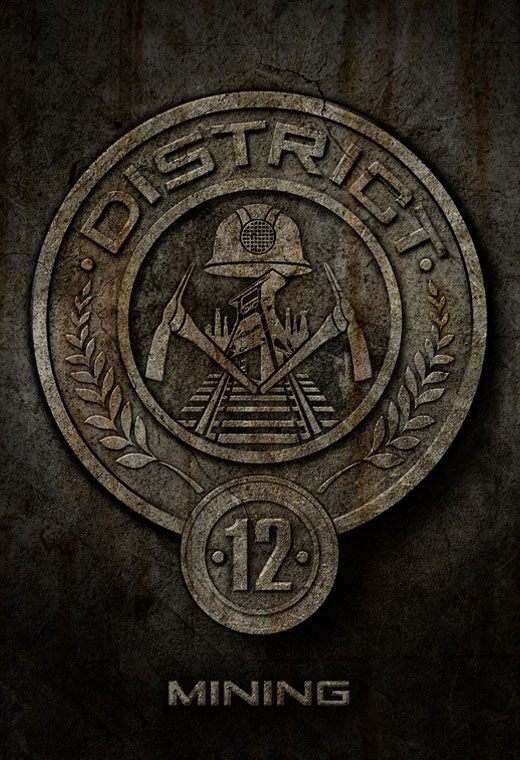 The Hunger Games is supposed to be set partially in a futuristic Appalachia. The story’s heroine, Katniss Everdeen, lives in District 12, a downtrodden borderland far from the capital center, impoverished by a fascist government and shackled to the main economy: coal mining. This Appalachia-light theme is the main reason the soundtrack is so focused on Americana, and it seems the main reason the soundtrack is so fully fleshed out in album form, but not in the film. Most of the action takes place outside of District 12, so the Americana themes are mainly used in the beginning.

Anyways, enough background, the soundtrack’s the real star here. It’s not uncommon for soundtracks these days to bring together a large number of eclectic pop stars, but Burnett has a larger vision here, and manages to tie the disparate artists into a compelling whole. The album flows beautifully, and the tracks are all interesting and innovative takes on the themes of the Hunger Games. It’s Americana, but done by artists who know the genre well enough to play with its constraints. I also love how Burnett juggles the obvious constraints of working with a blockbuster Hollywood film with his own personal taste. The annoyingly bombastic and cloyingly pop song from Taylor Swift (“Eyes Open”) is clearly there for the Billboard nod (I think it charted or something, but don’t really care), but it’s immediately followed by a gorgeous and subtle song from indie darlings The Low Anthem (“Lover is Childlike”). This song’s enigmatic beauty is an amazing contrast to the lipstick pop sheen of Swift’s craptastic single. It takes guts to pull of that kind of transition in a compilation album, and Burnett nails it. He even manages to subvert pop paradigms, pulling a remarkably edgy performance from pop-rapper Kid Cudi, and then following his gritty hip-hop track with a powerfully arranged song by the Punch Brothers.

Standout tracks (aside from the ones already mentioned) include Neko Case‘s powerful “Nothing to Remember” (what a voice!), a beautiful Appalachian ballad (“Daughter’s Lament”) from The Carolina Chocolate Drops‘ Rhiannon Giddens (she’s amazing at these slow ballads), Miranda Lambert‘s pitch perfect country track (“Run Daddy”) with the Pistol Annies, and blogosphere stars the Secret Sisters bring a cool retro vibe to their song “Tomorrow Will be Kinder.” Here’s a quick buying guide:

What to Grab on iTunes:

BUY THIS ALBUM FROM AMAZON.COM

PS: As much as we love to hate on Taylor Swift, HUGE kudos to her and the Civil Wars for turning out a truly amazing song. We’ve been listening to “Safe & Sound” over and over and over. It’s a masterpiece!