Release Date: July 19,2011
Skaggs Family Records
Review by: W.J. Hallock
Ricky Skaggs in the ‘80’s was THE man to keep tabs on in country music. My introduction to just who he was came through his work with EmmyLou Harris. His career, and all the different facets of it, have influenced countless musicians and several generations of fans. My children were raised on a steady diet of Ricky Skaggs.
Ricky has always had a knack for finding the best songs, the finest musicians and an unrelenting quest for perfection in the studio. He EARNED the nickname “Picky Ricky,” and his drive has served him well.
His production talents have defined him as much as his exemplary vocals and his musicianship. And to drive that point home, he was, and still is as good in concert as he is on his many recordings.
That patented “Ricky” sound of hot, stinging lead guitar, sizzling steel, booming bass tracks and vocal harmonies as tight as a drum all overlaid and intertwined with banjo, fiddle and mandolin made for memorable tunes that will live on in country music history. His sound was country, bluegrass and gospel all rolled up in an edgy and energetic stick of dynamite. His impact was immeasurable.
Today, Ricky Skaggs has become the elder statesman of bluegrass music. He has joined the list of those special people called “Legends.”His reverence and love for the music of his predecessors and his devotion to keeping that music alive is his greatest gift to his fans. And he has done that with a humble demeanor of honesty and integrity.
My copy of his new CD “Country Hits Bluegrass Style” arrived today. From the first lick, it was plain that Ricky is better than ever. His singing and all the harmonies are as sharp as a tack. With The Whites all in attendance and Paul Brewster helping out, how could they NOT be right on? And Buck White and his honky-tonk piano are a wonderful surprise on three of these old “Hits.”   Check out “Don’t Get Above Your Raisin’! You’ll be dancing! And Mark Fain’s “in your face” bass will have you tapping every toe you have!  Once again, Ricky’s studio/producing chops are right on, mixing that bass super hot, just like it was the first time around for all these songs.
I wasn’t expecting drums on this CD. I was expecting just what the title said.  Bluegrass Style! But, here they are and Ricky’s signature sound is alive and well, but now even better than before. It IS bluegrass, but its also so much more. Like Bill Monroe was bluegrass, but he was also so much more.  Kentucky Thunder’s members all do their boss justice, and then some. Their musicianship, expertise and feel are superb.  Again. Ricky has surrounded himself with only the very best. Ricky has kick started the careers of so many of the finest pickers, and these guys make each one of these old songs their very own. If this CD doesn’t let the whole world know they are some of the finest musicians in the business, nothing will!
The best thing about this CD is Ricky himself.  He has thrown himself in head first and played most of the guitars and mandolins.  And his playing is as crisp and fast, or as spare and simple as need be. He has outdone his earlier work on these “Hits” by a mile. There is the same energy, but there is also a soft, loving familiarity that really lets the listener know how much each and every one of these old friends of his mean to him. The final song, “Somebody’s Prayin’”, with the piano of  John Elliot, also the writer of this jewel, is a perfect end to a perfect CD. His old fans will love it, and he will be gaining new fans once they hear it.
With all of his many awards, the world obviously knows just how good he REALLY is. This CD is proof that Ricky Skaggs should be inducted into The Bluegrass Hall of Fame AND The Country Music Hall of Fame.
.
This review was originally published on the Prescription Bluegrass Blog 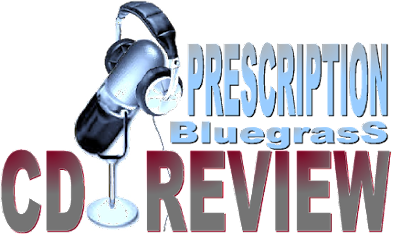 October, 2011
By W.J. Hallock
About the Reviewer:
W.J. Hallock is a musician, entertainer and songwriter with years of recording, stage and writing experience.  Contact him at: Reviews@PrescriptionBluegrass.com
0
Shares