Morning River Band‘s latest release, To Suzie, described by Fields as “an ode to good riddance,” was inspired by encounters with George Jones and Jim Beam.

I am sure a lot will be made of ‘A country band from Philly?’ but let’s get past all that, this is a drinkers band from Philly. While known for great songs of booze and blues, there is a glimpse of insight and depth of character on this album that show potential for a leap of growth from the band.  Two songs stripped naked and vulnerable, the instrumental opening Suzie’s Theme and the gospel cappella track ‘Bury Me’ along with ‘Lefty’s Last Stand’ and ‘A Broken Hearted Man’ hint at the underlying seriousness the lads take to their craft. On ‘Hangover Blues’ guest vocalist Morgan Caulfield adds her twangy honky tonk Mae West meets Loretta Lynn attitude singing, “I wonder if the savior ever drank too much of that wine / I’m sure he would if he were broke like me and cryin’ all the time.” And of course there are the two signature ode’s to the spirits ‘Drinking Blues, No. 4 (Pills & Pabst Blue Ribbon)’ and Drinking Blues, No. 5 (Drinking Every Day)
The closer ‘So Long, Suzie (The Damage Is Done)’ sounds like something that could have been on the The Bands Basement Tapes.

If you’re a fan of the band you will be excited about the growth and maturity of their third release, if you are new to the band this is a perfect album that highlights what they do best, make damn good music no matter how you classify it.

To Suzie will be released on May 21, 2013—digitally via Bandcamp, iTunes, and CDBaby, and on limited-edition colored vinyl. 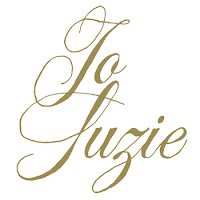 Rosanne Cash Follows the Call of the River and the Thread

By Mary Catherine Reynolds on January 3, 2014