After listening to many great releases by many talented artists I was afforded a chance to sit back and listen to something I can simply enjoy in the spirit in which it was made. This music was actually recommended to me by another musician I respect and admire.

Jay Aymar has been mining a stylistic narrative songwriting vein for a few years now but this latest effort – “Overtime” — while being for selective tastes – and senses of humor – is a well-manicured lawn with not a weed in sight.

So, I sat, poured wine, closed my eyes and put my two arms behind my head and stretched out. After a listen or two I realized it was hard to pigeon hole because I asked myself: is this folk music? Maybe it’s dancehall music, no…no…it’s folk-burlesque, nah….it’s music-hall folk or…could it be a hybrid of Phil Ochs without the politics….no.

What it is:  It’s Jay Aymar filtered through the likes of the seriousness and humor of Roger Miller, the school of satirical and down home humor of John Prine and Randy Newman, the folksiness of Woody Guthrie and yeah….maybe even a little Steve Goodman and Townes Van Zandt. Jay may even be a distant cousin to the likes of Johnny Bond (“Hot Rod Lincoln”), Johnny Horton (“The Battle of New Orleans”) and Johnny Cymbal (“Mr Bass Man”). Lots of Johnny’s.

We’re getting closer to who Jay Aymar really is.

Beginning with the title track “Overtime” Jay’s new CD opens with humor both musical and lyrical. The talent and musical abilities of these musicians is superlative. There’s nothing here run of the mill, off the cuff or sloppy. Songs are not even clichés which surprises me when you add a sprinkle of humor to melodies.

The lead-off track reminds me of a 1975 album by Sam Leno – “Ordinary Man,” that had similar tracks of humor and pathos with Leno’s voice filled with the exuberance identical to Jay’s. “How are you going to miss me if I won’t go away?”

Sam Leno’s track “Bring It Back,” was a rollicking barn burner and Jay seems to have elevated that style effectively here on “Overtime.”  Now, Jay definitely couldn’t possibly be familiar with Sam Leno. How could he? As good as Sam’s album was back in 1975 – it’s basically an obscure curiosity today. It’s just ironic how close these two men could be influenced by the same threads of musical humor that mix into their balanced repertoire of songs.

The vocals — at times – are tongue in cheek as Jay carries the listener along as if they were in on a special joke. But was there ever a joke? During his talking portion of this song he is treading in Merle Haggard / Waylon Jennings territory but then he mustards it up with John Prine trimmings. Brilliant and enjoyable.

Roots of The Band surface with the excellent “Acadian Son.” Levon Helm, Richard Manuel or even Rick Danko could have tackled this one with gusto. It has that Garth Hudson musical warmth all over the arrangement and Laura Bates’ fiddle playing is quite enjoyable – Rick Danko and John Hartford are smiling down approvals on her work for sure — and not to over look Treasa Levasseur’s accordion that drizzles with flavor. 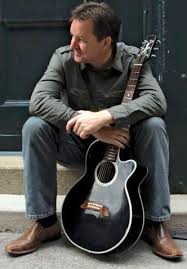 “That Old Ravine,” showcase Jay more seriously. A poignant song that sounds as if it could have been written a hundred years ago in Appalachia. The background vocals are the hidden ingredients in this spicy cake. Jay’s voice has authority and while I’m not certain, this song reminds me of Roger Miller’s brilliant “River In the Rain,” track.

“What A Dream,” a delightful melody played stylistically with many textures. This is one of the more intense avenues Jay explores with lyrics that snap with a fine uplifting voice and confident performance.

“King of the World,” utilizes a clever fiddle intro and outro of “When Johnny Comes Marching Home,” and Jay has a completely different voice. Despite the John Prine-Randy Newman spirit this song weaves through a completely original approach, and fits comfortably between any classic Prine / Newman song. “King of the World,” with an infectious sorrowful fiddle aching throughout the song has an effective presence that Scarlett Rivera’s violin had on Bob Dylan’s “Desire” album. Emotional with a memorable sad, sympathetic fiddle conclusion. This is excellent songwriting.

“Your Precious War,” echoes again the styling of Sam Leno, Phil Ochs, solo John Sebastian and Arlo Guthrie. An enjoyable presentation with clear acoustics and mandolin. Aymar’s voice is commanding and makes for an ambitious showcase of tunes. Phil Ochs must be smiling somewhere.

“Your Sad and Lonely Heart,” comes at just the right moment in the album’s pacing. A pensive ballad easily enjoyable late at night alone with a glass of whiskey and a cigar, or early in the morning with hot coffee and apple pie. Aymar’s voice is full of genuine entertainment as he conveys musical sincerity in his singing. Listen carefully to this song and Jay is actually giving listeners a wonderful singing lesson. He knows exactly what words require special inflection, where lines need to be stretched, where words need honey and emphasis. He sings gliding along with the acoustic guitars as if they were part of his vocals. It feels as if he puts his arm around your shoulder and pulls you in closer to tell you something confidently. Privately. The song is beautiful and quite brilliant.

This song alone should elevate Jay Aymar to front and center stage where the likes of John Prine, Randy Newman and all the others I tiresomely mentioned stand. He’s that good. I sincerely believe any of these artists’ audiences would welcome Jay Aymar warmly if he opened for any of these artists in concert. He fits perfectly. His storytelling is splendid.

“Three Love Stories,” is storytelling with well-developed characters and this is where Aymar shines finest. Songwriter’s can learn a lesson from Jay’s style – no matter how serious an artist feels they need to be – having a sense of humor is just as an important. Aymar doesn’t sound so much as John Prine as being someone who shares Prine’s incredible talent for a humorous clever twist of phrase and Jay does it seamlessly.

“Tune Out Turn Off Drop By,” suggests an old singer-songwriter I recall — who was quite prolific in the 70’s – Phillip Goodhand-Tait. Goodhand-Tait even had some of his tunes covered by The Who’s Roger Daltry. This song has a powerful driving melody with a strong message threaded throughout in that Goodhand-Tait tradition. Goodhand-Tait was from the school of Elton John when Elton was in his “Tumbleweed Connection” phase and Goodhand-Tait even shared some of Elton’s musicians. But, Goodhand-Tait has that sense of humor Elton never displayed but Jay Aymar does. The fiddle work and mandolin on this track are delightful and worth the price of admission.

“I’ll Leave When I’m Ready To Go,” – the pitch man’s song. I’d bring this one to the attention of a singer who doesn’t write their own songs. This is the one with mojo; the hit potential voodoo. While the majority of the songs on “Overtime” are good this song has that added value. It’s a pleasant tale easily relatable to anyone who listens, adaptable to either male or female vocalist, and has an infectious arrangement.

“Monterey,”  concludes the showcase on a cool note. Acoustic guitar / piano support with a strong commanding voice. An amusing tale. I see Tom Waits seated at the piano, head down-turned, cigarette smoke rising from the side panel, a Hoagy Carmichael single finger pounding out the single notes as Jay sings his tune with a little toothpick sticking out the side of his mouth like Hoagy did. This melody actually is quite Hoagy Carmichael-like in nature — which endears it to me. Any songwriter who can be compared to the likes of Hoagy Carmichael has to be good.

This is the man who wrote “Georgia On My Mind,” after all. Jay would probably also be welcomed into the Hoagy Carmichael school of musical humor – check Carmichael’s lyrically-clever “Hong Kong Blues,” from 1944’s Humphrey Bogart film “To Have and Have Not.” A track even covered by George Harrison.

Always good to end an album on a high note. Jay Aymar doesn’t under-estimate the poignant memorable farewell tune that reminds the listener: there is a wealth of music still to come. I hope so. There is a wealth of styles on this collection. Jay Aymar plays the guitar and of course, sings all songs; David Baxter produced and played guitar, mandolin, harmonium and sang some backup; Laura Bates did all the fine fiddle work; Burke Carroll provided dobro; Lucas Gadke played bass and added vocals; Treasa Levasseur delighted with accordion, piano and some vocals; Kara Manovich added her voice and kick drum and Will Staunten sat in on washboard and triangle.

My thanks to Canadian singer-songwriter Grainne for recommending Jay Aymar to me. 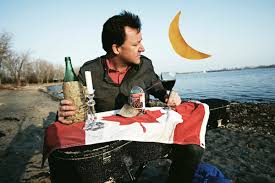 Disclaimer: The opinions expressed in this review / commentary are those of the author and do not necessarily reflect the official position of No Depression.

SPOTLIGHT: Anaïs Mitchell on What Was Lost and Found in the ‘Real World’