Usually an album opens with a strong track and the commercial hook song is often, but not always, track four. But, Boston’s Bethel Steele opens her beautifully artistic CD with a slow moody tragic tale with “Base.” (Some printings of this title have it “B.A.S.E.” — but I prefer to go with the way it ws reproduced on the album artwork).

I thought about this strategy and I think Ms. Steele’s choice was actually brilliant. Because the song grabs you with its compelling narrative – instead of the fire and brimstone of a fast catchy hook that’s guitar heavy and with a drum attack many artists opt for. But, then, Bethel Steele is not an “in your face” type artist – she’s much more than that.

The slow burn of the track has attention getting spirit. I find myself coming back to it and I don’t know why. There’s a magic that simmers in this melody. I’ve heard the statement “Silence is a strong reply.” Yes, it applies here — this song has a well-defined tale in its lyric but its restraint and silence in its approach — is a strong reply.

“Beautiful Boy,” however, possesses that driving melody many listeners will seek just as many of us seek that bag of potato chips late at night. Bethel’s commanding vocal and Denis Dufresne’s brisk and windy mandolin is delightful. The lyric is clever and Bethel’s CD package includes a well-printed CD fold out booklet with all the words. Her writing is worth following because she will coax you into wanting to sing along — as I did. “Come with me boy, bare your soul, I want to know everything.” Ms. Steels knows how to tell a great story, adorn it in bright musical colors and deliver confidently.

“Seasons,” follows and is another slow song that subscribes to the notion less is more. There isn’t a wasted word in her lyric structure. She writes her little love songs in creative ways other songwriters seldom explore. Holding someone’s attention with a spare tune such as this – acoustic guitars and some strings and nothing else – is a challenge for most artists. Bethel seems to have made this style almost her signature style and I admire how easily she pulls it off.

“Sunrise,” is more upbeat with a jazzy guitar structure that impressed me because it shows Bethel’s ability to stretch successfully into a different style seamlessly.

This song reminds me a little of another Canadian singer who I believe is excellent and under-rated here in the States. I blame this artist for a lack of attention solely on her name – because her vocals and performance deserve far more attention and her albums have all been powerful. With the popularity of Adele, Amy Winehouse and other deep strong voiced female singers (which I enjoy) you would think Scottish singer Horse (McDonald) would have become a major star by now. But a female singer with a first name Horse?

But, Horse has been packing in a loyal audience for more than twenty-years so who am I to say anything? I love her anyway. Now I am listening to Bethel Steele (who has a great name) and I hear that same Horse McDonald quality. That deep, beautiful cognac flavored voice surrounded by a wealth of original material. Bethel is confident and sings with authority.

With “Gentle Babe” Bethel applies her wonderful alto to what can only be described as an elegant song. Elegant? Yes. There’s no other word to describe it. Bethel sings “Gentle Babe” with sincerity and with a strength of whispers — some of the finest words I have ever read in a song lyric. “When the frost bites at skin it can taste.” Damn that’s good.

The entire song is filled with similar lines of folk wisdom. Veteran folk singer Ferron used to tell similar stories but she was a little wordy at times. But, like Bethel, she had that charming commanding voice. This track is more economical and sometimes those simple approaches are far harder to achieve. This is one of the best songs on this collection.

“Hard Love,” continues with simplistic and spare stylings but in a very well-thought out artistic manner.  Non-complex lyrics with Bethel’s light touch yet vibrant voice moving the words along in the same exciting way Joan Armatrading weaved the spare songs in her songbook. All feeling, mood and mojo uncluttered by musical showboating.

“Whiskey,” drives — it’s a country rocker where what’s implied just may be that whiskey could be the singer’s cure or crutch for a difficult relationship. She even admits in the lyric that she doesn’t care much for Jack Daniels. Nevertheless,“’cause every time I think about you, I reach for the whiskey.” What’s clever here is that the whiskey is not the subject – it’s the “reaching for” that really tells the story. She could have been reaching for anything: A gun? Drugs? Another person? But the whiskey was there, doing the job the pen couldn’t do — well within reach and that would have to suffice. Willie Nelson are you listening? This could easily become a classic.

“With Age,” is solo Bethel alone with an acoustic and her rural pained voice as it unravels a tale told by an elderly person. There is a wealth of stories that songwriters could tell if they would just observe, see things through someone else’s eyes, and get imaginative. Think like an elderly person. What song would they sing? How?

“My brain is crowded, like a train.” Yes, Bethel seems to have tapped into this mother lode. It’s easy to understand that feeling as you get older.

Bethel has her eyes, ears and heart open, her pencil sharpened and she sees what many other artists seem to miss. Many artists do apply their own curve to a song — but it’s usually the same story that’s been told countless times. Bethel is stepping into rural Leonard Cohen shoes. He wears patent leather; Bethel wears muddy, scuffed boots. Going places and telling us about people we will never know but we will come away thinking we do by simply listening.

Cohen works the side of the street that is a bit European flavored in his airy and sometimes morose melodies. Bethel – she is firmly on the ground that takes it songs from the loose soil and with it some gravel, some grass and much richness….much richness.

Songs, good songs, are just short stories. John Prine and Tom Waits are a good example of that truth. Well-told capsules of tales that sum up life. While Bethel is not at that level just yet, I can hear the potential because it’s there in this collection already. Not all Americana-Roots-Folk-Country songs have to be about high powered cars, tractor pulls, trucks with big tires, women with big spangled bosoms and beer for horses. Bethel understands this thoroughly so she tells the story the others miss. Hopefully, her tales will be told far longer than those other disposable pieces of taffy.

“The Farm,” continues the quality of storytelling as “With Age.”  Is it my imagination or does Bethel Steele know more about telling an original country flavored story than most country hat and boot wearing singers? If members of The Band were still together today and needed some new songs — this female singer-songwriter could write that song.

I hear Levon Helm or Richard Manuel singing a version of “The Farm.” No stretch of the imagination either. Bethel chooses her words wisely and when she applies the music – that’s where the taste buds in the ear perk up.

Eventually, Bethel will deserve her place along side the likes of Neil Young, Buffy Sainte-Marie, Joan Baez, k.d. Laing and Phranc — judging from her writing on “Of Love and Whiskey.”

“Blue Skies,” the final song — summons again the ghost of The Band. I’ll also walk out on a limb and suggest that the late singer Timi Yuro – during her country years (and she dueted with Willie Nelson himself on a few recordings) —  would have performed this song well with her powerful vocals.

Bethel Steele has definitely sung this one best – but, I cite these singers because the imagination runs away with the listener. The song possesses just the right measure of reflection, poignancy, facing regret down and being grateful. “I’ve been spitting rain all day,” very imaginative lyric — the opposite of the dust bowl. Matter of fact, substitute “dust” for “rain” in that line and the message would still be strong. 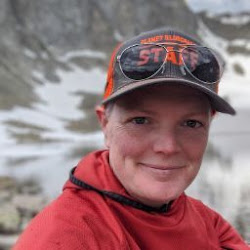 ons all who have second thoughts about their lives, doubt their futures, and must reconsider their directions.

Ms. Steele is an inspired artist and would fit in anywhere, anytime with the best this music industry has to offer. To not listen to this fine young woman would only diminish our opinion that we are serious music lovers. I find her a valuable addition to my collection and my ears know little boundaries.

Bethel’s behind the scenes people also deserve applause: This collection was produced by Jagoda and Neale Eckstein at Fox Run Studio and the sound is impeccable. Very well done. Sounded about as live as live can be.

The package design is also a winner – a hat tip to the Portland, Oregon design firm Stump’d Design. This CD artwork is better than many corporate record company efforts for major artists. Picture reproductions are beautiful and the overall production impressive. You gave Bethel Steele’s music a package design that conveyed the very music that was to be found inside. As it should.

Bethel is scheduled to perform four shows in North Carolina beginning January 22nd through January 25th and has a show in Tennessee on January 26th. Details and locations are under Shows on her website.