For the past month, Cassadee Pope has quietly been slipping her new single, “I Am Invincible,” into the set list of her live show.

But when she took the Los Angeles Memorial Coliseum stage July 25 to perform the self-empowerment anthem at the 2015 Special Olympics World Games Opening Ceremonies – a day after the new release reached No. 4 on the real-time Billboard + Twitter Trending 140 – there was nothing quiet about it.

“I couldn’t think of a better place to debut it,” Pope says by phone between radio tour stops in Norfolk, Va. “You look out into the crowd and see the athletes that really do defy all odds. It felt really great because it’s a song about defying the odds and getting through tough experiences in life and getting stronger from it.”

It’s been two years since the 26-year-old Florida native released her debut solo country album, Frame by Frame, and three years since winning NBC’s “The Voice.”

In that time, she has only gotten stronger, too – as a songwriter, as a performer and as a person.

Musically, “I Am Invincible,” cowritten by Hot Chelle Rae’s Nash Overstreet for Pope’s sophomore album due sometime in 2016, blends her country roots with her love of rock ‘n’ roll. Lyrically, the song echoes how Pope overcame her own struggles – from accepting her parents divorce at age 11 to being a woman in a male-dominated country music industry.

“I think I’m less afraid to get personal in my lyrics than I was before,” Pope says. “It’s definitely more on the edgy side both lyrically and musically, the whole album is. I’m not afraid to show people how much I’ve grown and how my perspective has changed a little bit, but I’m still me. I’m still country. I’m still incorporating my pop and rock influences, it’s just the lyrics are a little sassier, a little edgier this time around.”

Pope grew up in West Palm Beach, Fla., following her older sister into voice lessons when she was just 4 years old.

“At one point something clicked and I wanted to take lessons, too,” she says. “I started singing country music, and from that point on I never questioned what I wanted to do in life. That was always it for me. My voice coach, Marie, had her students play recitals and festivals so we got a lot of experience on stage. By the time I was ready to embark on my career I already had plenty of experience on stage.”

As a teenager, Pope strayed from country music, instead immersing herself in the local rock scene. She formed the pop-punk band Hey Monday with Mike Gentile, Alex Lipshaw, Michael Moriarty and Elliot James.

The band was signed to Columbia Records and released its first studio album, Hold on Tight, in October 2008, but by 2011 they were another major-label castaway.

As Hey Monday went on indefinite hiatus, Pope began testing the waters as a solo artist.

“That was tough. I didn’t have anyone helping me out,” she says. “I grasped at every connection I had made through my old band and nothing was sticking, so when ‘The Voice’ asked me to do a private audition I took advantage of the opportunity and I’m really glad I did. Things ended up working out pretty well.”

Mentored by Nashville star Blake Shelton, who encouraged her to tap into her country roots, Pope became the first woman to win the TV singing competition.

“What you saw on the show was exactly how it went,” she says. “There was no scheming or plotting that I’m going to be country this week. It was really all a natural progression. I really wanted to choose songs that resonated with me the most. Growing up I sang country music. Those songs always connected with me, and I related to them in a really strong way.”

After winning “The Voice,” Pope headed into the studio with producer Dann Huff, releasing her freshman solo country album, Frame by Frame, in October 2013. The album debuted at No. 9 on the Billboard 200 and at No. 1 on the Top Country Albums charts, anchored by the Top 10 country single “Wasting All These Tears.”

“I’m a sucker for a great melody and lyrics you can completely understand on the first listen,” Pope says of the song. “I also knew people would relate to it because everybody’s been through heartbreak. … I wrote a lot of very personal songs and was pitched a lot of great songs from songwriters in Nashville. It was all very fast, but I really feel that album explains me so well. Every song told my story. And (‘Wasting All These Tears’) changed my life.”

If “Wasting All These Tears” told her story then, “I Am Invincible” tells it now. Pope is no longer so distraught that her “loneliness was rattling the windows.” Now, as she sings on the soaring hook, “I’m invincible / I’m unbreakable / I’m unstoppable / I’m a hero, like a phoenix from the ash.”

“I think the song really lends itself to more of a rock edge,” Pope says. “When I first demoed the song in its original form it was a little more ballad-sounding and very piano driven. It still got the point across but I feel there’s that energy there now that wasn’t there before. It’s still country but I think it needed that extra oomph.”

The song is the result of a focused burst of creativity, Pope adds. She’s been writing for the past seven months, with everybody from Nathan Chapman, Taylor Swift’s longtime producer, to Lady Antebellum singer Charles Kelley.

“I’m being bolder,” Pope says. “It’s my personality, it’s what I’ve always stood for in my personal life, and something I realized this year is that I think people want that from me. I want to be an artist people turn to for empowerment and inspiration. I’m going to put it in every song that I write. It’s not saying that being vulnerable isn’t in there as well. Even though we are all weak sometimes, there’s still strength in weakness. … One of the many things I learned from Blake (Shelton) is if you don’t take risks, you don’t know what could have been.”

A version of this article originally appeared in The Herald-Palladium newspaper in Southwest Michigan. 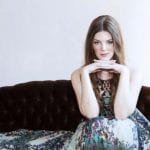 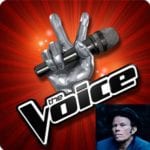 Would Tom Waits Win “The Voice?”