Even with a cracking band led by her husband John McCusker, Heidi Talbot took a chance by opening her Main Stage set with a singalong. Luckily, a Cambridge Folk Festival crowd is a resilient bunch and even those still recovering from last night’s fun were taken with the charming Heidi’s tales of feckless maidens, nudity, randy shepherds, Johnny Depp and the like.

If Heidi represented the ongoing folk renaissance, Martin Carthy & Dave Swarbrick are so much of the old guard that even their jokes are vintage. But, make no mistake, the fire is still burning for both of these guys and, thank the Lord, health scares aren’t going to stop them anytime soon if they have anything to say about it.

After their triumphant Saturday set on Stage 2, Beausoleil avec Michael Doucet ripped it up again as the sun started to peek through the menacing clouds. Restlessly inventive, their set boasted not only a version of You Gotta Move rethought as a New Orleans funeral march but even a musical nod to John Coltrane, not a reference you’d necessarily expect at any ordinary folk festival.

If the Festival’s late founder Ken Woollard had a regret, it was that he was never able to feature the great bluesman Muddy Waters in his lifetime. But he would no doubt have been pleased to find Muddy’s son Mud Morganfield bringing some classic blues to a whoopingly enthusiastic crowd.  Mud looked strikingly like his Dad, as you might expect, and had apparently learned from dad to let his band do much of the heavy lifting.

If the ton of magazine articles on Valerie June had led you to expect something at least vaguely akin to traditional blues from her too, then her somewhat eccentric Second Stage set will have come as a surprise. The Dolly Parton comparisons are inescapable for the Tennessee-born singer but I found the image of Loudon Wainwright III rather than the oft-quoted Billie Holiday popping into my head too. She readily acknowledged that her current incarnation is better reflected on her three bootlegs than on the official Dan Auerbach album Pushin’ Against A Stone. No-one would disagree, though, that she was streets ahead in the ‘hairdo of the weekend’ stakes.

Over at the Club Stage, Manchester-born fiddler Emma Sweeney, accompanied by guitarist Matthew Watson, delighted the crowd with a set, largely drawn from her impressive debut album Pangea, that strikingly demonstrated her innate understanding of the tradition as well as her eagerness to push it into exciting new musical places.

In the last three years, much-talked about sister act The Staves have progressed from that same Club Stage to Stage 2 last year to a coveted early evening slot on the Main Stage. Their harmonies are delicious, their stagecraft has come on by leaps and bounds and they’ve got some fine songs too. No wonder they were so popular.

But they don’t yet have the sort of fervent fans who so vocally love The Waterboys. Mike Scott is a mercurial talent, of course, and so, given that this is a folk festival and it’s just months before he tours the material from his rambling raggle-taggle Fisherman’s Blues sessions, this was the sort of full-on rock set that will have had purists’ heads shaking before they were blown off. After opening with Strange Boat, Fisherman’s Blues and A Girl Called Johnny, the fearsomely tight five piece ensemble, including electric fiddler Steve Wickham, morphed into all sorts of crazily entertaining shapes including Crazy Horse for Glastonbury Song and some sort of delirious prog-folk band, complete with Venetian carnival masks and organ/fiddle duels, as the band furiously ripped through a smattering of their WB Yeats-based tunes.

Startlingly loud, fearsomely energetic and almost certainly not folk as it’s widely thought of, this was, on the other hand, a terrific example of the open-mindedness and adventurousness that has made the Cambridge Folk Festival such a fabulously valuable annual party. Roll on the Fiftieth, say I. 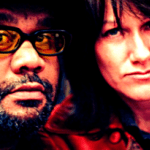 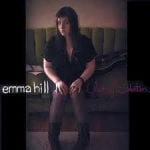