Brian Smalley’s “Chickens Pigs,” a Fictional Tale of the South

The concept album is defined as a single album where all the songs unite a common theme. Musical history is littered with said records and while some deliver classic collections of songs others sputter along being kept alive by one or two outstanding tracks. Independent singer/songwriter Brian Smalley’s latest album is one of the more original concept albums to come down the pike.

Smalley has spent his life all over this great country of ours not only growing up but as a singer. Bringing his brand of countrified folk tunes to all that would take the time to listen, he entertained crowds small and large with a mix of original material and fresh takes on classic tunes. With his latest record, Chickens Pigs, Smalley has embraced his love of history and old time music and delivered an original album that takes the listener through the fictional life of Confederate soldier Son Calaway. Meshing real events and facts from the Civil War with fictional characters Smalley has the listener questioning whether this is based on real life or did it come from his head. (I had to ask him this myself.) The record is a combination of songs and spoken word. The songs come across as a journal of Calaway’s experience during the war, things he has seen and done while the letters are read by characters, supposedly the original writers of the letters, offering up correspondences between Calaway, his family and others. The two parts of the record, song & spoken word, work together creating a realistic look into life during that time period. Smalley’s musical arrangement choices are what lend authenticity to this record. He does not opt for deep orchestral sounds to illicit emotion or catchy modern melodies, Smalley employees traditional folksy sounds (think Guthrie or Prine), as if Calaway were strumming his own guitar and telling his tale.

Chickens Pigs is not your everyday run of the mill album, it is an interesting story written by Smalley then put to music. He has created a piece of work that draws the listener in and treats them to one man’s story about his life, good and bad, during one of the harshest times our country has ever seen. It does not praise nor condemn the Civil War just offers up one tale of what could have been any of the soldiers in the conflict. Chickens Pigs is not an everyday jam or something you will rock in your car, it is a nice change of pace to everyday music and a listen that makes you think. I suggest you give it a spin. 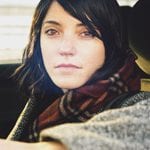 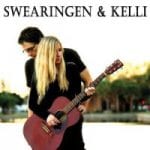