Believing In and Practicing Magic: Anne Harris on Why Her Next Violin Will Make History 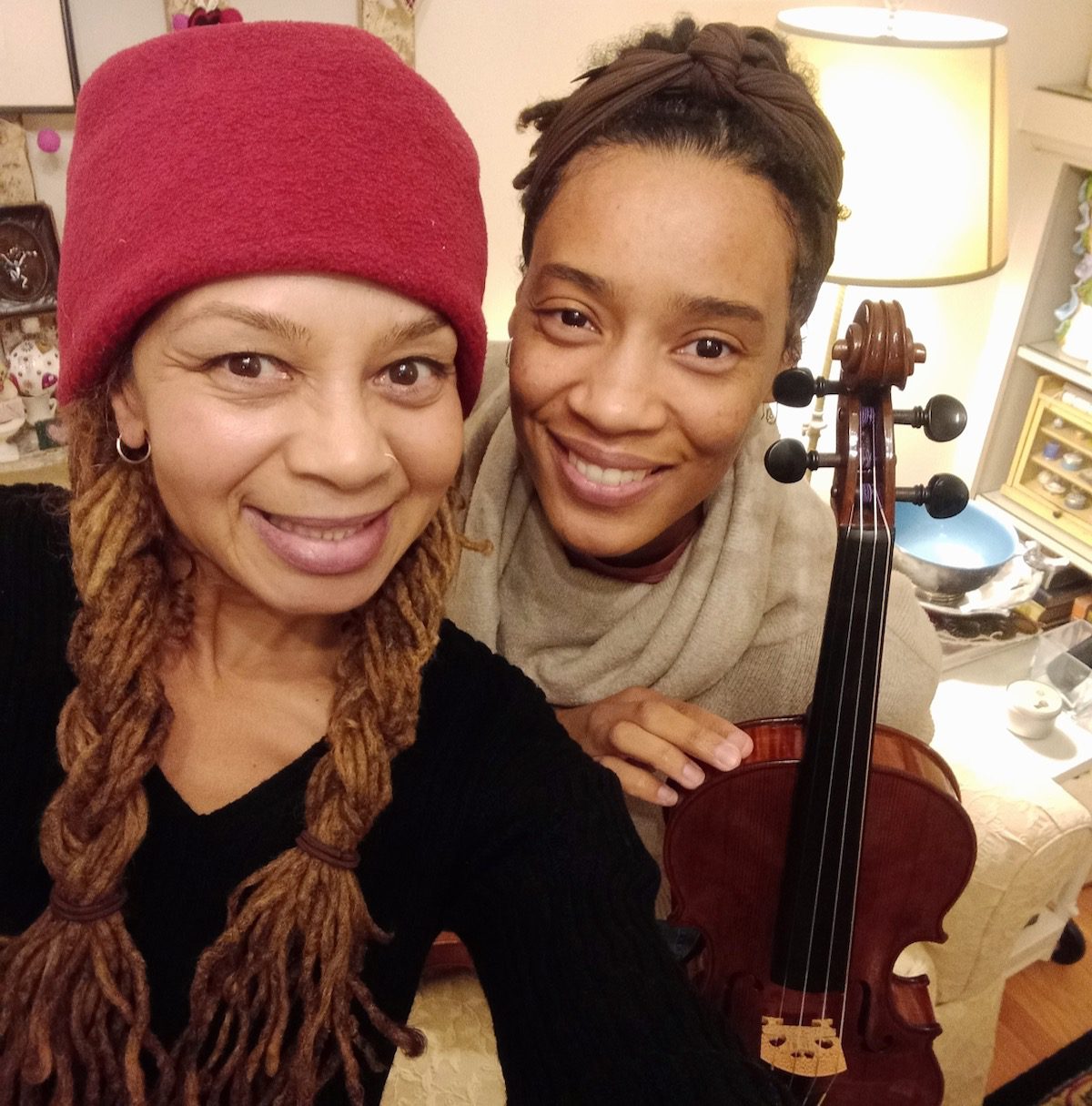 EDITOR’S NOTE: Anne Harris is a roots and blues fiddle player and singer-songwriter based in Chicago. She is currently raising money to commission a violin from luthier Amanda Ewing via a GoFundMe campaign. We asked Harris to tell us what brought her to Ewing, and why who makes her instrument matters.

Sometimes you do a thing because you are called forth to do it. A calling loud enough to override fear. A summoning so insistent that you are blind to reason, common sense, and convention. It leads you beyond permission and the sanction of what’s reasonable, predictable, and “right.” You are beckoned to kneel at the altar of your passion and give yourself up wholly to that thing, casting yourself inevitably into a wild, uncharted place.

The beautiful part is, when you brave that wilderness and step fully into the unknown, you will not be alone forever. You will always find allies along the way if the calling is based in truth and fueled by love. There will be others walking uncharted territory of their own. They will keep you company, reassure you, and celebrate your bravery, as you will do for them and for others you meet. The very act of taking a leap of faith ignites some kind of karmic magnetism bringing you what, and who, you need. Often when you least expect it.

That is exactly what brought me and Amanda Ewing together from our separate corners of the Midwest to a fated union that is now writing a new, more inclusive and diverse chapter in the history of the violin in the United States. Never has there been recorded a violin commission made between two African American women — professional luthier and professional violinist.

I was born and raised in a small, extremely liberal college town in southwestern Ohio. Amanda was born and raised in Nashville. She is a former gymnast and dancer whose love of dance (ballet specifically) led her to a love of the violin, which was her gateway to violin making. She is the first Black female luthier on record in the United States. 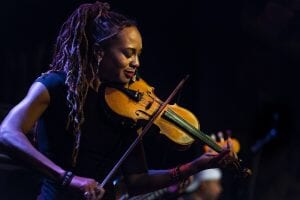 I have been in love with the violin since the age of three. The age when my memories had just begun to paint themselves across the canvas of my mind in bright colors, big swaths of emotion, and feelings that eluded language. My mother took me and my sister to see the film version of Fiddler on the Roof, and I fell head over heels in love with the instrument. Immediately.

Music has always been the access point for how I am able to express, feel, and communicate in my most authentic way.

Channeling my life through music, and specifically through making sound with the violin, has effectively shaped my brain to not only believe in magic and the impossible, but to actively practice it and continually reinforce that belief on a daily basis.

I know now what I couldn’t know as a child without the lens of distance; that I was gifted in an extraordinary way by my parents, and by a very supportive and diverse artistic community, that affirmed this passion of mine was a place where I belonged. I was never told I shouldn’t be in that space.

Similarly, Amanda was always told “yes” to her creative yearnings, and gifted by her very supportive family and community when she began training as a gymnast and dancer, and then later, a violinist. She too was bolstered by a belief in magic, to bring form to invisible, formless energy.

Our lives ran parallel journeys of Black women pursuing passions that are traditionally held as white terrain, and specifically spaces predominantly commandeered or owned ultimately by white men. It never really occurred to either of us that we were rebelling against convention and societal standards by crossing those not-so-invisible lines. We were just young people with affirming community structures, running toward the wilderness of our desires.

But even as a lifelong fiddle player, and someone who has made music my career for the last 26 years in spaces where I was, without exception, a minority, it never occurred to me that I would ever play a violin made by someone who looked like me. It never in my life, even once, crossed my mind. That is until February 2021, when a dear friend messaged me on Instagram to tell me about Amanda Ewing.

What is so astonishing to me about this isn’t the fact that up until that point I had never seen an African American woman violin luthier, but rather that I had never even questioned why this was. It just was. That’s the way things were.

This exemplifies why racism, and sexism, are insidious systemic and institutional devices of societal control. They are so deeply embedded in the foundation of our culture that they define the parameters of our achievements and sometimes our imaginations by silently coding our expectations.

The work of deconstructing racist and sexist (cis-gendered) constructs requires dismantling these silent codes by shining a light in those dark and heretofore unquestionable spaces. In doing the ongoing work of conscious, critical thinking; open conversation; and taking action we begin to engage in meaningful growth and change. We need to ask why things are the way they are. And if we don’t like them, we need to act as agents of change, using whatever platform we can.

As soon as I saw Amanda’s profile, I reached out to her. I knew immediately that I had to find a way to commission her to make me a violin, and that its voice would sing into being a whole new, more inclusive and diverse chapter in America for this instrument. And maybe even beyond. Manifesting this dream would bring the possibility that our small ripple might reach the shore of someone else’s imagination, and that they might see what took us a lifetime to see.

I met Amanda in person for the first time last month in Chicago. She brought Willow, the very first violin she had ever made. And I had the great privilege and honor of being the first person to ever play Willow. I felt the rejoicing of our ancestors as they cheered us on into this historical union. I cannot adequately express my emotions around this, because they are so big and so new for me.

Our connection was instant, and we both saw this collaboration as a potential opportunity to bring the violin and lutherie to others, especially young people, not traditionally exposed to the violin and its construction. Just the impact of seeing someone who looks like them operating in those spaces could create more ripples.

Amanda and I feel our lives are our platforms. And that we must walk our paths in the wilderness with as much grace and consciousness as possible to allow for joyful growth and evolution. This vision of expansion and inclusion holds the power to create more places for marginalized people who’ve been historically excluded. We know that our vision is big, but the opportunity to share our story with others who might never have dreamed this possible because they never saw it, or thought to ask why — that is a formidable and humbling gift.