Well, its roots music, so somebody could accuse me of having my head in the ground listening to this stuff, so it took me this long to post this “year end” list. No, I wasn’t down in the ostrich hole being a roots music whisperer (psst: we got kinds and sorts of  “whisperers” these days, and some even make money off the claims. not me. keep this to yourself) This list was posted in timely fashion in December on the No Depression.com readers poll (I’m a ND contributor, but also a reader).

With that very whispery throat-clearing, let me get to it, before you fall asleep on the delete key, or get hypnotized

Looking over my best roots music of 2017 list, it remains quite evident how the look-to-the-past impulse still drives forward much vital music today, as evidenced most obviously by Old Crow Medicine Show‘s reworking of a Dylan masterpiece,  jazz drummer Adam Nussbaum‘s delightfully quirky, percolating and lilting instrumental extrapolations on crusty old Leadbelly songs, and at least the nominal sentiments of Chuck Prophet‘s title song about Bobby Fuller (if you haven’t seen Prophet live, he’s a high-energy, hilarious gas). And my second-favorite album by Allison Moorer and sister Shelby Lynne, was a surprising collection – almost all covers of well-aged songs by two talented songwriters, thus acknowledging various favorites that have impacted their sensibilities, as well as the psyche-shaping traumas of early childhood the sisters shared.

In terms of more urgently contemporary songwriters, Steve Earle has been among the three or four best songwriters we have for a number of years, and his new album shows he’s hardly slowing down. Indeed, he still embracing his youthful outlaw attitude, even though his graying beard may touch his toes any day now.
For 2017, just beneath the Steve Earle singer-songwriting strata were Son Volt’s Jay Farrar (who still has the most oddly affecting male voice in roots music), enchanting song whisperer Kris Delmhorst (she really is a whisperer, making an art of the low dynamic), and Charlie Parr, who’s best known as a gritty country blues interpreter but displays songwriting chops of increasingly powerful emotive impact on Dog. Penny and Sparrow delivers soulful songwriting and warm, softly-prickling vocal harmonizing you can take an aural shower in.

But I’ll probably go back to The Tedeschi Trucks Band‘s live set as often as any of these, because I just love their collective power, color, passion, joy and sorrow, all of which can recharge your inner batteries very quickly. How much is that ability worth? Little wonder Live from the Fox Oakland was nominated for a Grammy for Best Contemporary Blues Album. This captured them at their best: flexing and stretching their artistic muscles on a stage with a crowd soaking it all up. 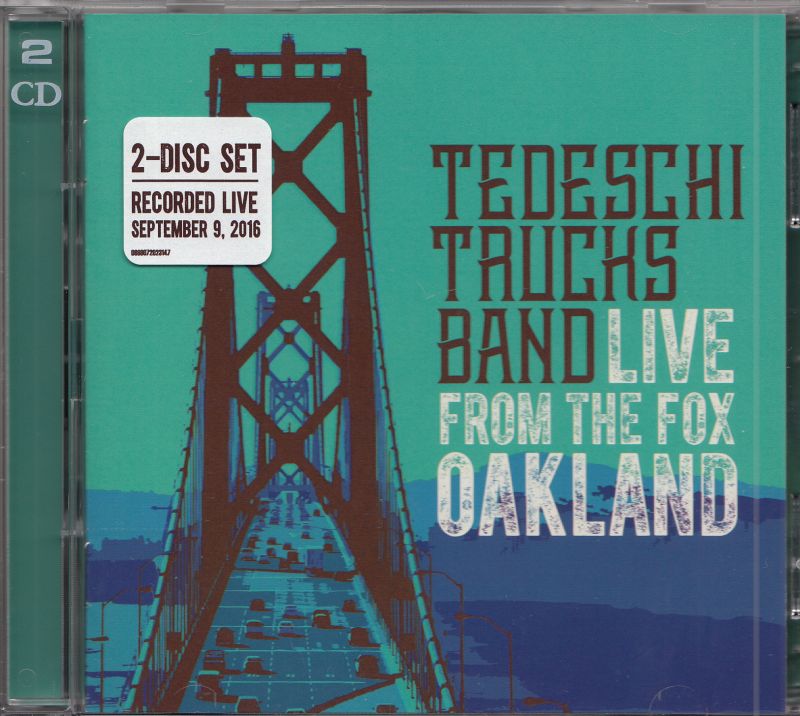 Finally I’d like to give some slightly extended kudos (time to hit the annoying snooze button, or scroll down to the Top Ten list, if you prefer) to a couple of Wisconsin artists who deserve more visibility than they’ve received for their recorded and live efforts this year. One is old (and almost in the way) and always low in the weeds, Mudbutt Bill Camplin. The other is a young artist, Anthony Deutsch (Father Sky) who’s just breaking through the mud like a reedy-spined wild flower that simply won’t be denied all the sunshine and earth soul he can drink in.

Camplin (pictured at top, in my favorite roots-music artist photo of the year) proves on Reunion at Ebbott’s Barn he remains among the finest roots music vocal stylists anywhere. And only because he’s stayed put – running an appealingly fishy music venue, Café Carpe, on the Rock River (hope no Asian Carp are flopping out onto the rain garden!) in a small Wisconsin town (Fort Atkinson) – keeps him from wider recognition. He still improbably possesses one of the more ardently bracing voices you will hear, with a remarkable dynamic range from mid-high baritone to brilliant falsetto. Or he may simply be possessed, by a devil whupping on an angel.

Reunion is ostensibly a do-we-still-remember-these-songs get-together of the band that recorded Camplin’s tattered album Cardboard Box many years ago. It’s among the more distinctive albums in his impressive catalog. By this early point, Camplin’s own songwriting chops had become fully realized and “Long and Desperate Day,” and “Essence of Freedom,”  remain in his playbook. Many of his songs stand up to anyone’s in quality, especially as he delivers them.  “Northern Lights” is among the lesser-known Camplin originals here, a large-hearted beauty floating on a rich band pulse and the gleaming pearls of his arching falsetto, with a lovely melody the singer squeezes out like a juicy grape bursting from its skin. Another original, the album closer “Inspiration,” has comparable power and beauty. It fairly soars, and might just boot you out of your easy chair to try for something good or great, something waiting patiently to be freed from within, or wherever.

This band can also rumble and swing, in a bluesy groove, as in Camplin’s “Somebody’s Mood.”

Among the notable covers on Reunion are two rather mythical story-songs, “This Wheel’s on Fire” by The Band’s Rick Danko and Bob Dylan and Townes Van Zandt’s “Pancho and Lefty.” (“I don’t know what it means, but it sure the hell is evocative,” Camplin says of “Pancho.”)

By contrast, Camplin’s take on Leonard Cohen’s romantic reverie “Suzanne” seems like his own song, he brings out the rapt yearning implicit in Cohen’s poetry. It’s there in his still-radiant voice, subtle dynamics, and deftly open-spaced phrasing, as if he’s carving out his own places in the song’s memory. Here and elsewhere, longtime compatriot Jason Klagstad’s guitar remains a perfect complement, pointillistic and crystalline, with an expressive edge.

If Eric Burdon’s version of “House of the Rising Sun.”with The Animals remains a modern standard for this ancient classic, Camplin approaches it with a beneath-the-radar restraint but a proper sense of building dynamics, and takes-you-down-there storytelling.  And he’s capable of the full-throated climax that can take this as high as the rising sun.  Bob Knetzger’s dobro adds another vivid presence. “Mother tell your children, not to do what I have done.” In that moment, Camplin’s woeful narrator feels the pain of his profound mistake from his boots on up, and so do you.

Camplin’s covers amount to reinvigorated takes on familiar material that add another resonant layer to each song’s powerful vibrations down through cultural history.

The other Wisconsin artist who I felt sneaking up with the best was Father Sky, with the group’s eponymous album debut album. It’s the brainchild of young Milwaukee pianist and singer-songwriter Anthony Deutsch, a startling redolent talent. His style is is seemingly neither fish nor fowl, but it fits into roots music because he’s deeply influenced by great blues-gospel-jazz artists, especially Nina Simone. It’s fascinating to hear a white male singer whose primary influence is a black female singer, although Simone’s deep, whiskey-hued voice plausibly fits a male’s vocal range. Another connection I hear in Deutsch’s music is that of wonderful singer-songwriter pianist in the gospel and jazz idiom, Andy Bey.

(Footnotes beside titles in the list below provide links at the bottom to albums I reviewed for other publications and this blog, with the Steve Earle piece being a concert review.).

My Top Ten No Depression.com Best Roots Music Albums of 2017 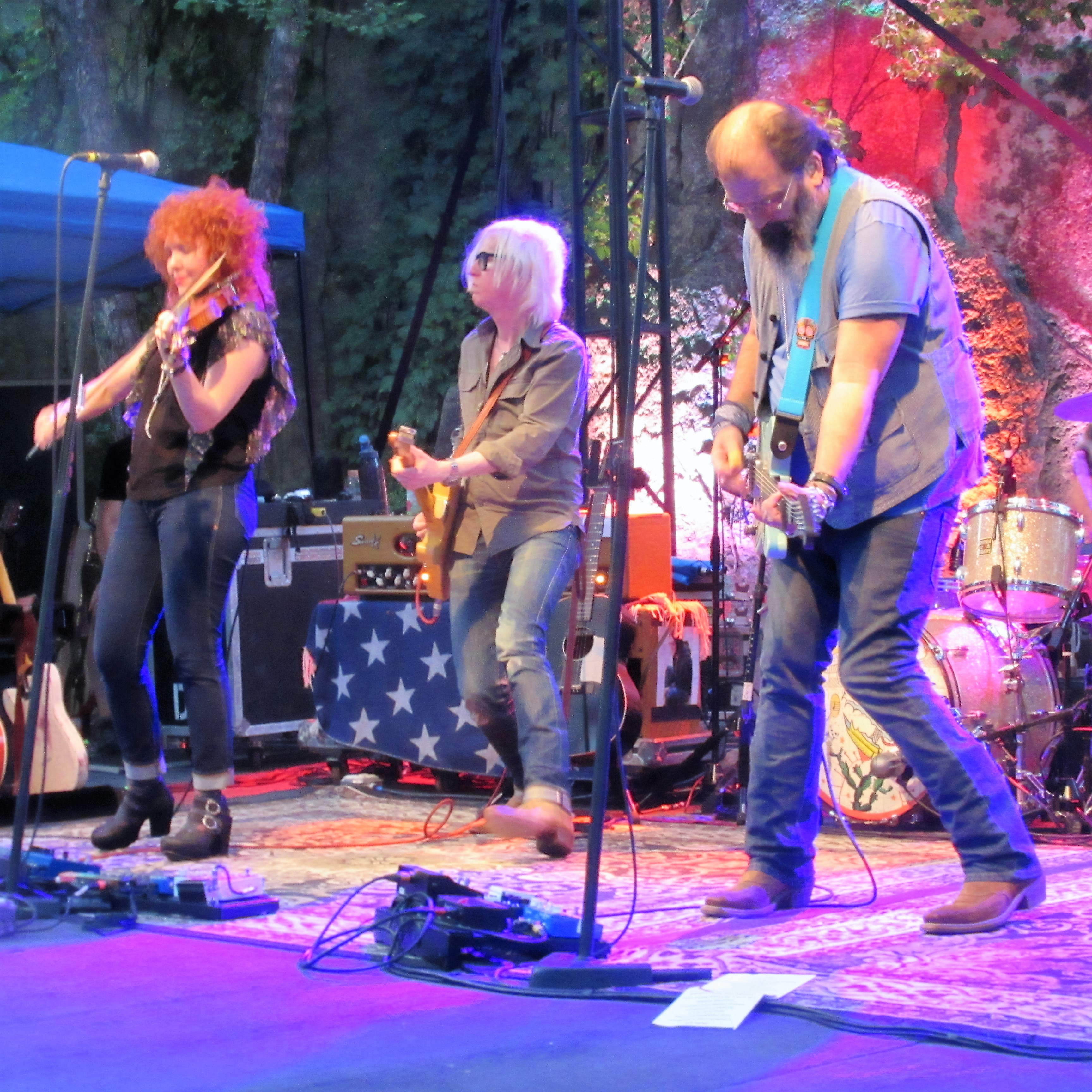 Steve Earle (right) performing music from his album “So You Wanna Be an Outlaw” at the Minneapolis Zoo last summer. Photo by Kevin Lynch