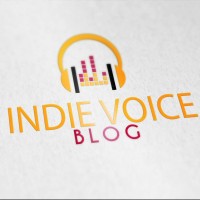 Bob Leggett has been involved in the music business for the past 20 years, including promoting and discovering bands, and hosting concerts at venues in Los Angeles.  He has also covered the indie music scene as a reporter and music critic.  His articles have appeared in such publications as Music Connection Magazine, Orange County Register, Riverside Press-Enterprise, Associated Content, Examiner.com and AXS.com.   He spent five years each with the Orange County Music Awards (OCMA) and the SoCalMusic Live Awards, the latter of which he created and ran.  This background allows him to bring an insider's knowledge to his writing.  He recently launched his own blog, Indie Voice, covering all forms of independent artistry with a focus on music and theatre.  In addition, he runs the LA Music Critic Awards, which twice a year recognizes indie artists in various categories for excellence.

Something’s cooking in the Americana Kitchen, and it’s good

Finally, an album truly worth taking with you

This review was previously published on Indie Voice Blog. Artist Name:  Katie Knipp Album Name:  Take it With You Label:  Self-released Genre:  Blues Track Listing:  1.  Ya Make it Hard to Sing the Blues; 2.  I Don’t Sing for You; 3.  Letters; […]

Try some Americana music for your St. Patrick’s Day celebration

This review was previously published on Indie Voice Blog. Great Willow is making a name for themselves in Los Angeles and in the Americana community at large.  They have attracted local and national media attention, and were recently nominated for […]

This interview was originally published on Indie Voice Blog. We had the opportunity to interview one of the greatest indie songwriters of the past 30 years, just before he was scheduled to play the El Rey Theatre in Los Angeles […]