Attempting The Unthinkable Regarding Bob Dylan

Now… if it weren’t for being today of all days I’m not sure I would even attempt what I’ve been trying to do for the past hour or so on Facebook. I’ve decided to bring my attempt over here perhaps for a couple of reasons (one being I thought it’d be suitable and two being to prolong having to make final decisions).  First I’ll explain what I’m trying to attempt, then what sparked the attempt, and lastly why today of all days.

I’m trying to pick my top ten favourite Bob Dylan songs. I know, I know. It has been done by many. I personally think it is simply unthinkable and unattainable. One – you can never please everyone – it just can’t be done. Personally I live for the debate that always follows whether it be within myself, within someone else, between me and someone else, or between two other people. You get the point, I imagine, I love debates period. I suppose I just like (though the word love might be a better choice) to argue my point of view. Two – my mind will change within an hour. Actually, my mind has changed several hundred times in the hour (…or so – I’ve lost track) that I’ve spent on this subject. I’ll actually confront that subject in just a moment.

I woke up around 6:30 this morning (as usual with me – can’t sleep much longer after the sun rises) and decided to read the backlog of magazines I’ve accumulated over the past couple of weeks while my computer booted in the background. Started with the Uncut I bought on Saturday (a picture of Dylan was on the cover along with a CD of Dylan  how could I resist?). Got a few pages in when I had to look up some CDs recommended by some fellow I’ve never heard of (Conor O’Brien – ?) before. Decided I didn’t like the first recommendation (Elvis Costello’s “Blood & Chocolate”) when I opened another magazine (I’ll spare you the details why). Normally I devour my Rolling Stones as soon as they arrive (as I normally do all of my magazines) but my magazines have been piling over the past couple of weeks. Anyways… got maybe two pages in when I noticed a listed link/URL for the reader chosen top 10 of Dylan’s work. I had already read (some time back) the ‘Happy 70th birthday Bob’ issue so had saw THAT list so this one intrigued me. Discontent with it is what led me to my own torture… er… I mean list.

Now… finally… as to the why of today of all days. I have a funeral to go to at 1:30 this afternoon. Anyone who’s been to a funeral knows that (of course) they’re no fun as well as being awkward, sad, and depressing. My Aunt lost her battle with cancer last Friday. Visitation was yesterday and the actual funeral is today. I’ve long shunned the idea of doing something as constrictive as a top 10 list of Bob’s songs. For one thing it kinda spits in the face of his whole history of dodging pigeonholing and labels. Secondly, it’s too… too… (are there even words for what I want to say? I’ll leave a blank for you to fill in). So/But to take my mind off the day to come, I’ve created this torture… er… (that word keeps popping up!) ‘project’ for myself.

The following is what I’ve posted to Facebook so far…

“I tried to do it (my so far uncompleted list) based on what my favourite songs are by him. That turns it into how the melody/arrangement, lyrics, inflection, and vocals come across (for me) as a whole. Of course if I did it based on lyrics alone the list would be compl…etely different as it would be if I just did vocals (which is hard to do with Dylan because he’s so unique), inflection, or melody/arrangement – etectera. Even my mood could change the list.

History always tries to affect the list but I try to leave out that point of view even though it’s hard. Based on history alone “The Times They Are A Changin'” and “Blowin’ In the Wind” should be at the very top of every list. Also, “Tangle…d Up in Blue” and “Forever Young” (slow version – really don’t like the other version) aren’t on my list (that I’m currently still mulling over) but I feel as though they should be and there will likely be others as I think it through. They also aren’t on my ipod and I’m wondering why not. They used to be. Took them off for some reason or another. Dylan is always a complicated topic to debate.

I imagine if Dylan was backed into a corner (LOL) and absolutely forced to pick his own favourite, top 10, of his own music – it would be absolutely different one than what many other people would pick. Just because it’s an artist’s perogative and because, of course, that’s just Dylan for you. Would be both interesting and amusing to see such a list from him as well as the why of the choices.

I don’t know why some of them (on the Rolling Stone list above) are so loved. “All Along the Watchtower” being a fine example. For one, I normally love harmonica playing (especially Bob Dylan’s and Ryan Adams’) but the harmonica in that par…ticular song is too strident – gets on my nerves. Also, aggravates me that technically the song has no end. There’s a difference between leaving in suspense and having as an ending “…two riders were approaching. The wind began to howl.” Do love the ambiguity and reversed/inverted story of “a joker (who believes he’s being robbed) and a thief (who thinks everything’s a joke)”, however.

Back to what singularly focusing on certain aspects would do to the list. For example, “A Hard Rain’s A Gonna Fall”. As awesomely amazing as the song is on a whole, Dylan’s vocals can get slightly annoying with the repetitiveness of “(and) …it’s a hard” so in some ways I prefer Lucinda Williams’ (whom I normally can’t stand vocally at all) amazing cover. If I just focused on the lyrics/poetry of the piece, it would definitely be in either place of the top two. Interesting when you think of these things (for me anyways). And there ends my “lecture” though I definitely could go on and on (as could any Dylan buff) for the man is intriguing. I must finish the list though it is tough to do so.”

That ‘short’ (though ‘short’ is relative, I suppose) piece was actually redone several times as I spotted flaws, etcetera. Likely another stalling method… Well, must fix a few and then I’ll add my list (which is now up to 15 because I couldn’t choose 10).

Okay… took a little bit longer than I promised when I wrote the prior sentence. Believe it or not I also took the time to clean my laptop screen while “Farewell” played (though granted it really needed it). Now almost certain I must add a few more to my no longer ‘Top 15’. Also, think I must break my rule of not allowing duets on simply because there’s a few I love so much. Sad… On the bright side – am almost done my list. You might say “Why not just chop it off at 10?” but then I wouldn’t have felt good about leaving the others off of the top 10 – yes I am perverse/weird that way.

I imagine another listening of some of those songs that I’ve dismissed (I’ve, at one time or another, heard every released song of Dylan’s as it was a project I put my mind to) such as perhaps “Isis” or another lowkey song. Such is the power of Bob Dylan that a song you may not have liked very much at one stage of your life becomes essential in another stage. For me, “A Hard Rain’s A-Gonna Fall” is a prime example. It wasn’t until I heard Lucinda Williams’ version that I was able to love Bob Dylan’s version – take from that what you will.

Okay – don’t want to think about it anymore… If I do, this will never get done!

Stopped it at 15 though I threw in a few bonus ones as follows. “You Are My Sunshine” would’ve been in the Top 15 had Bob sang more. Since he doesn’t, I consider it mostly a Johnny Cash song (a brilliant one too). Still not sure how I feel about the Hank Williams cover though it is amusingly enjoyable. 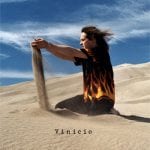