Amiri Baraka: A Native Son of Racial Reality and Necessity

Pioneering black music critic, playwright, essayist, and former Poet Laureate of New Jersey Amiri Baraka died at 79 on Jan. 9 in a Newark hospital. I thank jazz critic, author and educator Howard Mandel for posting a tribute to Baraka on his Facebook page, which prompted this blog post.

Part of Baraka’s rhetorical gift was his way of offering incisive insight while often pushing to the edge of provocative (and sometimes offensive) polemics that could undermine his posture as “civil discourse.”

Baraka often felt we need to break past civil discourse that perpetuated the status quo. Because Mandel uses “Blues People” in his jazz class at New York University I thought I’d add this Baraka quote about education from the 2009 anthology of his work Digging: the Afro-American Soul of American Classical Music: 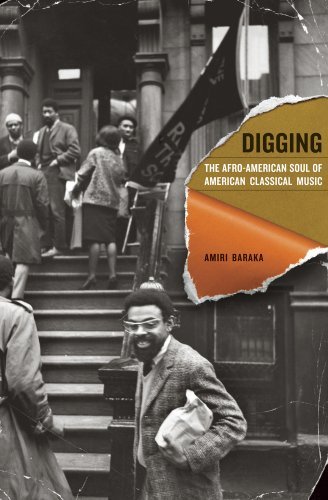 Amiri Baraka in foreground on the cover of an anthology of his writing.

“On the one hand, if we use Afro-American improvised music (American classical music) in the classroom, we would see big changes. Likewise if we began to use all the arts to teach, because there is no depth to education without art. But the constant presence of the music in the classroom hallway cafeteria etc.. would help toward providing that”true self-consciousness” Du Bois spoke of as opposed to the double consciousness these schools try to mash on our children now where they are forced to look at the world through the eyes of people that hate them (even if they are white working-class children).” 1

The educational canon has gotten a lot hipper since he wrote “Blues People” in 1963 but the Tea Party-driven culture wars often feel like barely hidden hate aflame again.

“Mr. Baraka’s forthright use of black vernacular, slang and profanity in an improvisatory style became an influence on later writers, hip-hop musicians and playwrights, noted In Matt Schude in an obit for The Washington Post, a publication hardly expected to embrace his legacy. “Arnold Rampersad, the biographer and literary critic, once wrote that Mr. Baraka’s bold writings, coupled with his vibrant social activism, made him one of the most historically significant figures in African American life, alongside Frederick Douglass, Langston Hughes, Zora Neale Hurston, Richard Wright and Ralph Ellison.

“‘More than any other black poet,’ Rampersad wrote, ‘he taught younger black poets of the generation past how to respond poetically to their lived experience, rather than to depend as artists on embalmed reputations and outmoded rhetorical strategies derived from a culture often substantially different from their own.’ “Mr. Baraka’s detractors considered him a reckless agitator whose inflammatory rhetoric contained elements of anti-Semitism and misogyny and constituted a reverse form of hate speech. 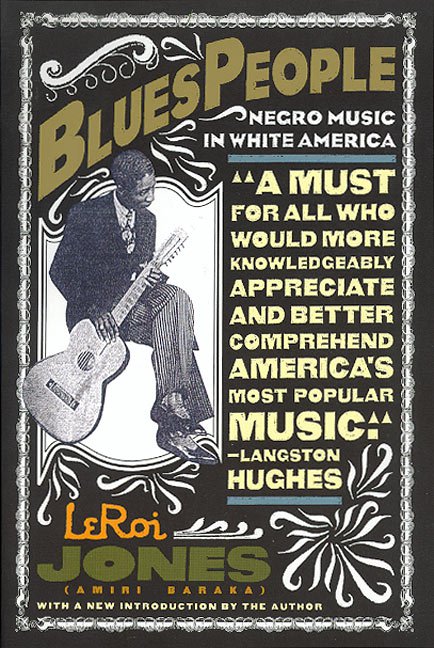 “In 2002, (conservative) cultural critic Stanley Crouch ridiculed Mr. Baraka’s writing as ‘an incoherent mix of racism, anti-Semitism, homophobia, black nationalism, anarchy and ad hominem attacks relying on comic book and horror film characters and images that he has used over and over and over.'”

Others seemed to find pressing and lasting value in Baraka’s work. One can sense filmmaker Spike Lee trafficking in Baraka’s cultural thinking in Lee’s tragic and still provocative film about racial conflict and misunderstanding Do the Right Thing. But Baraka’s painful themes and riffs, which seemed obsessive and agit-prop at times, were something he came to uneasy terms with in slowly evolving from his separatist Black Nationalist stance to coming to understand America’s intertwining roots.

Schudel concludes: “Mr. Baraka’s writings became more fragmented over the years, but he earned good reviews with his collected poems, “Transbluency,” in 1995 and with his 1984 autobiography.

In that book, he described his early life in his native Newark and seemed to come to reluctant terms with the world around him. “‘I realized,’ he wrote, ‘that the U.S. was my home. As painful and complicated as that was.’” 2

I last saw Baraka in a celebratory mode, at the 2009 Chicago Jazz Festival, doing his own brilliant version of a hip-hop rap — as only he could as one of the original hip-hip precursors — to honor the legacy of R&B singer-songwriter Curtis Mayfield.

More will be written, thought and felt about Baraka’s body of work, and about how he helped articulate the black man’s deep-rooted anguish, which seems as pertinent as ever today in a society still stacked against him. Consider Trayvon Martin’s unjust fate and that of the millions of incarcerated black men in America, a disproportionate travesty maintained by a complex political and economic system. And yet Baraka, who understood the America cultural tradition in historical and poetic terms, gradually honored the difficult truth of America as his home.

At times America is a horror movie, filled with ruthless characters, playing over and over. Would that America honor Baraka as a Native Son whom we needed — to feel the racial horror of America and its heart of darkness, to paraphrase Joseph Conrad, in some of our most troubled times. Remember, the horror deep in the Congo jungle of Conrad’s Heart of Darkness was an insane white man. Baraka understood that the African-rooted music of the Blues People told an American story, in bellowing Abstract expressionist cries and gritty, parable-like stories, that trace common ground from coal-stained, seemingly black-face miners in Appalachia to the boys hangin’ in the ‘hood.

This was originally published in Culture Currents (Vernaculars Speak)