Alicia Michilli is a rather tiny personage with a rather large voice. She hails from Motor City – Detroit and has a healthy respect for Motown Artists.

Although she is only in her her early 20s, she has a deep love and knowledge of roots music that goes way back – Etta James, Billie Holiday being a couple of her heroes. She is this week’s guest on Songs On The Wire.

I also managed to see an almost secret show last week in Nashville at Blood:Water and Marty Willson-Piper played a set – legendary guitarist from The Church and several other great bands.

This week on Songs On The Wire our special guest is the little gal with the big voice – Alicia Michilli talking about her heroines and her experience on America’s Got Talent. Plus some songs from Marty Willson-Piper‘s (The Church) new project Moat.
Sunday nights at 7 pm on Main FM Melbourne AUS time
12 noon Tuesdays on CMG Radio. (USA)

Songs On The Wire will also be airing on Bay & Basin FM beginning May 31st.

Tuesdays from 9am and Sundays from 1pm on Bay & Basin 92.7FM
That’s Sydney, Australia time! 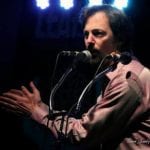 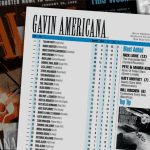 Another Country: The Americana Chart Turns 20