You Want to Know Nikole Potulsky

Artist: Nikole Potulsky
Album: You Want to Know About Me 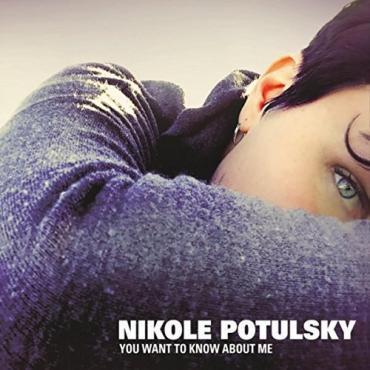 Nikole Potulsky has a voice for stadiums and the heart for dive bars. You Want to Know About Me is a triumphant debut album that is authentic to the bone. Unapologetically feminist and queer, Potulsky’s album places women at front and center. You Want to Know About Me is populated by the women who have supported Potulsky from her small-town upbringing to big(ger) city living.

My favorite feature of the album is Potulsky’s ease with many different styles. The album is quite friendly to our playlist-icle world (which I know I’m guilty of), though, as always, it’s best absorbed whole. Potulsky jump-starts the album with “Maudie’s Lament,” the best kind of breakup songs there are: raw, pissed off, and powerful. That sense of power is the common thread throughout the entire album. Even in “My Hometown” and “I Miss the Train,” sun-dappled, nostalgia-soaked sing-alongs that praise and mourn small-town America, Potulsky’s pride is unmistakable. “If I Were You” takes loving potshots at Potulsky’s singer-songwriter predecessors, immediately followed by “What If You Don’t,” a song for her friends who joined the National Guard and wound up getting suckered into tours of duty in Afghanistan. Potulsky’s deep sense of identity both for herself and her community make these songs compelling listening — you’ll definitely want to know about this album.
Nikole Potulsky — Official, Facebook, Purchase from Nikole Potulsky