The Sonic Artistry of Nashville Duo Oliver the Crow 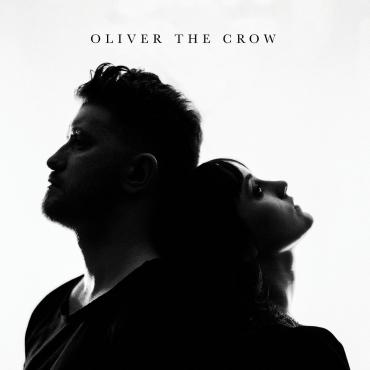 Nashville strings and vocals duo Oliver the Crow is comprised of cellist and vocalist Kaitlyn Raitz and fiddler and vocalist Ben Plotnick. Both artists have been classically trained but have also performed in folk and other projects over the years. Indeed, their sound exists somewhere between those two musical points, and is unquestionably better for it.

There is something sophisticated and unique about Oliver the Crow’s songs. And with their stripped-down, organic instrumentation and talented voices, they avoid scraping and crooning out rustic music for the masses; instead they prove themselves exceptional composers absorbed in their craft, and as such they naturally use their joined instruments and voices as a vehicle to transport the listener. All told, this is a highly impressive debut album that strays beyond the borders of roots music to create a fine hybrid of roots and classical, though the two styles are not balanced evenly, leaning more heavily on the former.

As evidenced by this collection of songs, this duo is more than competent in the lyric-writing department, as there are more than a few outstanding lines among them. From the poetic to the political, from personal confessions to nature references and general observations about the world, there is much to discover and contemplate in Oliver the Crow’s words. In songs like “Sailing with the Tide” and “As the Crow Flies,” the general conveyance seems to revolve around not making desired progress despite movement and effort. “Grace” is a marriage of sentiment and rational spirituality (I know this last is a contradiction in terms, and yet it is definitely the case here), dealing with loss and wondering about one’s own inevitable mortality. “45,” as one might guess from the song title, is centered on America’s current president, and hits the mark very well with lines like: “You can run your mouth but you can’t outrun it. You can steal a crown, don’t mean you won it. You can lie in circles like a snake eating its tail. The truth may bend but it won’t break and it’ll never be for sale.”

Standouts on Oliver the Crow’s debut include: “Sailing with the Tide,” “Grace,” “As the Crow Flies,” and “45.” But my personal favorite on this album is “Ashes of a Day Gone By,” as it highlights what a perfect marriage fiddle and cello can make, and it’s pretty catchy. Speaking of superb musicianship, track six, “Sam River,” the only instrumental on the album, really shows the caliber of player each of these musicians truly is.

Oliver the Crow’s self-titled album was recorded over the course of three days using 100% solar energy in a Vermont cabin. The two artists cooked their meals and slept beside their gear in the cabin. The album was produced by Trent Freeman and Eric Wright of Speaker Face.

Check out the video for “Ashes of a Day Gone By,” which was directed by Oliver the Crow’s own Kaitlyn Raitz.