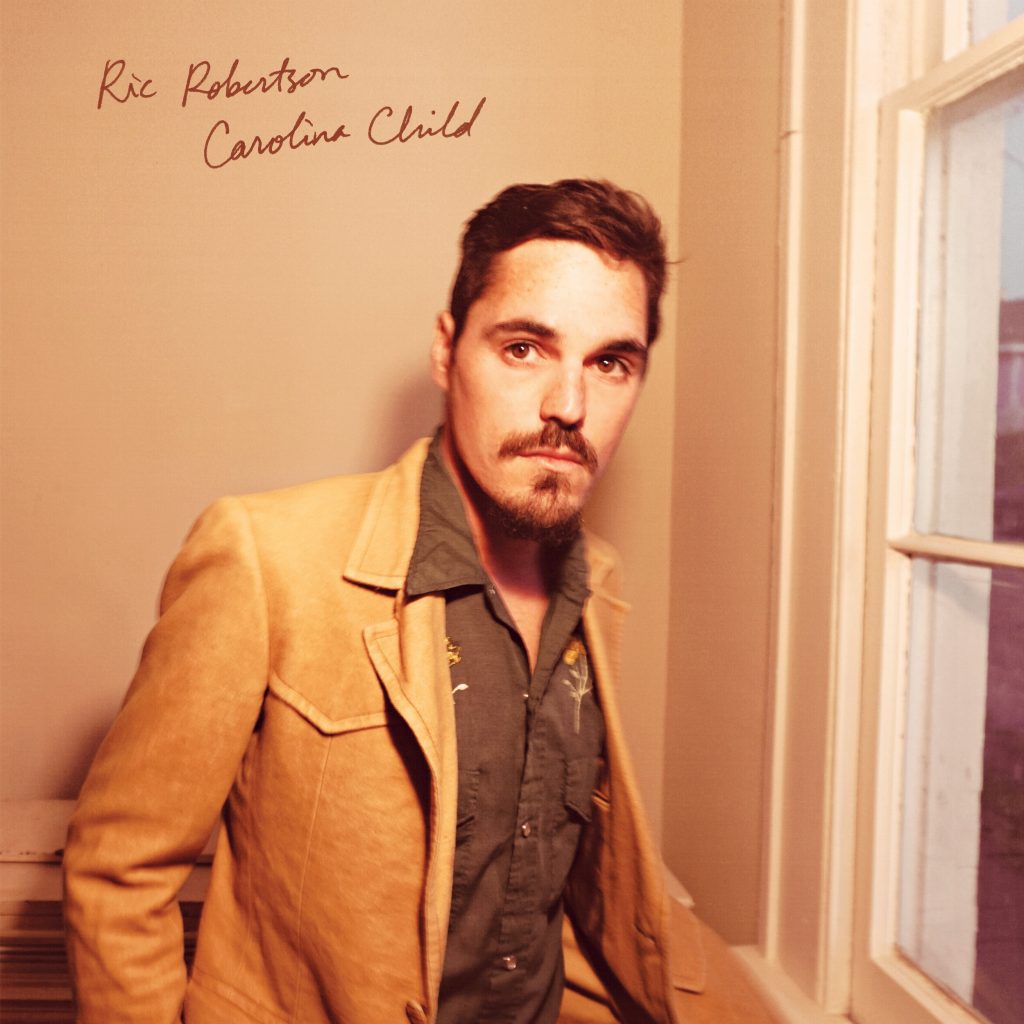 Ric Robertson’s cover of Jonathan Henley’s “Rolling River” captures the spirit of Robertson’s album, Carolina Child. Where the original is raw gospel, Robertson takes the tune in a number of different directions, adding speed and polish, establishing his own songwriting voice within Henley’s defined one, building a unique take out of something familiar.

Robertson often backs other musicians on tour, including Rhiannon Giddens and The Wood Brothers. But on Carolina Child he’s pursuing his own agenda, not pushing genre boundaries so much as warping them, adding surprising guitar bursts and unexpected piano runs to roots-oriented songs. His sweet voice is a combination of sincerity and playfulness, reminiscent of Paul Simon, Robertson sounding like he’s having a little too much fun to be too serious.

On “Rollin’ River,” the dynamic plays out with boogie-woogie piano shifting the song into ’50s rock and roll before fiddle, courtesy of Nate Leath, brings the song toward country. Robertson’s guitar eventually comes in, feeling immediate, almost like the recording barely started in time to catch the performance. But the spontaneity of his guitar snags your attention. It’s not the expected bluegrass runs or tasteful blues. Instead, it’s practically accessible-yet-atonal jazz, capturing the scene like an impressionistic painting.

The fun of Carolina Child is that there are plenty of these types of moments. Another occurs on “I Don’t Mind,” co-written by Robertson. The tune is slower, with a New Orleans groove helped out by Sam Fribush’s piano and organ (Fribush also co-wrote the tune). The track has a low-key jazzy energy until another Robertson guitar blast, with the guitar sometimes sounding like it’s crying. That subsequently gives way to a more straightforward sax line, with the song finally returning to its origins.

“Sycamore Hill” and “Thinkin’ About You” both feature chill drum beats that, while human-made, have an electronic relentlessness. Both mesh well with the traditional instrumentation, providing a subtle twist to grab your ear. The impressive thing about these tracks is that the atypical musical moments don’t feel jarring; it’s all Robertson’s personal sensibility making the tracks cohesive.

Robertson is expansive with his lyrical ideas, even as he’s economical with his word count. “Harmless Feeling” is a country song of most-likely unrequited love, anchored by a simple drum beat. He’s able to nail the potential danger of flirtation without telegraphing it: “It’s just another harmless feeling / Can’t hurt no one / It’s like a carnival ride / And plain to see that I’m still breathing / There ain’t no damage done.”

As someone who frequently supports other Americana artists, Robertson is familiar with the style’s conventions. Carolina Child is enjoyable because he seems willing to break those rules for the good of the song, and for personal expression. But even as he breaks things down, his underlying respect for the music doesn’t allow him to completely blow up these beloved structures. Instead, he alters things enough to get his musical perspective out into the world.