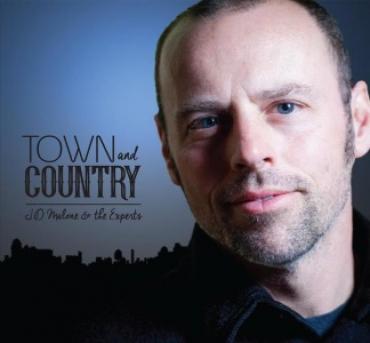 I’ll be damned! Not one damn banjo on this record. Or mandolin or bagpipe or washboard or any of the instruments which has made Americana the go-to genre worldwide. I was beginning to think that mainstream rock was outlawed in this country, like telling the truth or something. Damn hard to find. I don’t think anyone knows how to define mainstream anymore. They probably think it has something to do with fishing.

Well I damn well know mainstream and I am delighted— delighted, I tell you— to point out just how refreshing it is to hear it again. Of course, J.D. Malone is no stranger to it. Christ, he’s been playing it alone and with other people for years. And he’s gotten damn good at it, he has. Damn good.

I remember getting my hands on the Avalon album back in 2011 and thinking I had just won the lottery. A CD and DVD of some of the best rock I had heard in years. I mean these guys can play!

I mean, is that hot or what?

Of course, they aren’t always that rockin’. In fact, they toned down a bit on 2016’s Town and Country. They didn’t leave the hooks behind, though, nor the grooves. Welcome to seven songs you would have loved in the seventies or eighties or any-ties. Seven bee-yoo-tiful tracks to strike a chord or two if not more.

Why seven? Hell if I know. Maybe those were the best seven J.D. had. He did let it be known that this was probably the best collection of songs he’d ever created. And I cannot disagree. He fired on all cylinders on each and every song, leaving me somewhat overwhelmed, truth be told. The smooth are emotional and solid, the rockers purely dynamic. And he and the band end the CD with a jam that would have gone on forever, if I’d had my way. One of those semi-psych floaters, dirge-like and heavy, plodding toward mind blown. Five minutes and 59 seconds packed with pure high. It doesn’t hurt that either Tom Hampton or Avery Coffee or maybe both rock the song fantastic, guitars almost splitting atoms.

Man, I wish they had a video or two I could post here but the only ones I could find are from a few years ago. Trust me, though, Town and Country is as good or better than the older albums. It rocks. And it is tasty! It is not the same rehashed crap you get from most mainstream bands these days. This is fresh!

If I was you, I would head over to J.D. Malone’s website or to YouTube to hear what’s up. For the life of me, I don’t know why these guys are not world famous. I really don’t.