‘Into the Blue’ Comes out of Country Tradition 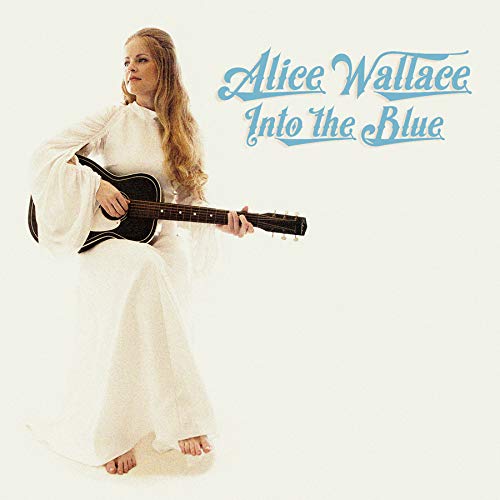 The first, and perhaps only, thing you need to know about Alice Wallace’s Into the Blue is I’ve already put it on my “Top Albums of 2019” list. Perhaps I should also note that I’ve never kept a list like this before; I made it specifically so I could remember this one come December.

Here are a few more things to know. Into the Blue marks what I predict is going to be one of two major trends across both mainstream country and alt-country. First, I think artists will chase after Kacey Musgraves’ success with Golden Hour and continue to expand the boundaries of country music — but with artistic integrity. The other is a rise of musicians like Wallace who are students of hardline traditionalism with a penchant for the ’70s.

For Wallace, it’s not about historical cosplay. I’m having difficulty imagining any other kind of instrumentation that would do justice to her muscular voice and incredible range. What’s more, Wallace is a one-two-punch songwriter who’s even more devastating alongside her frequent collaborator Andrew Delaney. From the very first line of the album — “What just happened?”, a question that Wallace turns into an accusation — you can hear Wallace’s mastery of her craft.

That song, “The Lonely Talking,” (co-written with KP Hawthorn) grapples with a breakup, though Wallace sounds as if she’s coming out on top even as she describes some questionable decision-making. This is where Wallace excels: Her songs find her characters at their worst, yet we’re left with the sense that they have the grit to prevail. “Desert Rose” finds a new mother struggling to cross the border to give her child a better life. “Motorcycle Ride,” conversely, focuses on the happy endings that can come of taking risks. “Santa Ana Winds” mourns the wildfires plaguing Wallace’s home state of California. For me, the standout is “Elephants,” a song that viciously tears apart the double standards facing women and men in our society — couched in velvet by Wallace’s taunting purr.