Eric Anders and Mark O’Bitz Unveil “Of All the Things”

Artist: Eric Anders and Mark O'Bitz
Album: Of All the Things 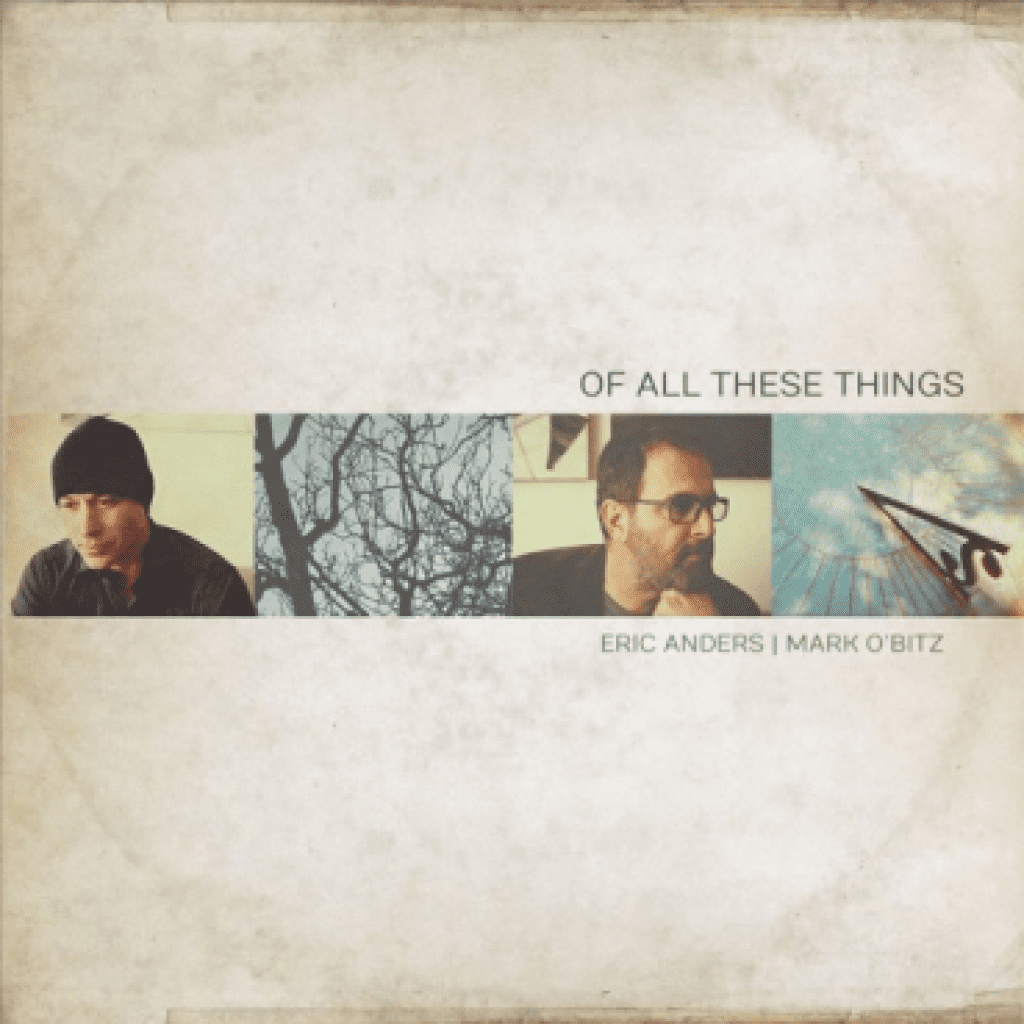 Of the many albums that have graced my ears this year, one in particular stands out. “Of All These Things” by collaborators Eric Anders and Mark O’Bitz. Andrers most notably known for his solo work, releases a full-fledged record with longtime partner-in-crime Mark O’Bitz, as they take us on a musical journey you will not soon forget. A friendship and collaboration that started around 2002, the group shows no sign of slowing down. Though there were a few breaks in between, the songs just kept rolling in…and thank goodness for that! The result is a record that is skillfully crafted from beginning to end, that shows the true essence and spirit of the songwriters. Each piece on the record works blissfully on their own, but works together as a cohesive piece of work. Songs such as “New Life,” and “Found My Way Home,” will have you falling in love with the duo, as their Americana-tinged-Indie is eclectic, just like their songwriting. Be sure to catch the record via Bandcamp or Soundcloud below. You will not be disappointed!
Grab the album on Bandcamp
“Of All These Things”
Listen on Soundcloud:
https://soundcloud.com/andersobitz/sets/of-all-these-things
Find the Group on Socials:
Bandcamp
SoundCloud
Website
0
Shares