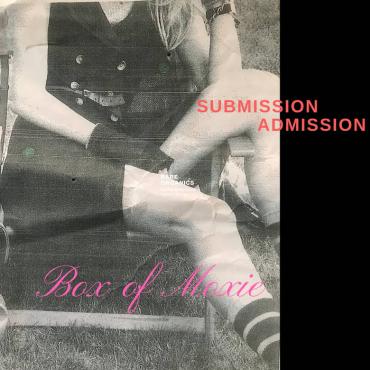 Virginia based Box of Moxie’s new single, “Irish Sea Lovers”, is the first single from their forthcoming release Submission Admission due to hit in early 2019. It represents their first work since 2016’s Surfing the American Dust Bowl and the new single manages to marry the distinctive lyrical bent of Bob Dylan with a strong debt to traditional music. The band has a varied musical identity but, with this single, they embrace time-tested forms with wholehearted authenticity. There’s nothing arbitrary or overly plotted out about this composition. Instead, it emerges from Box of Moxie with undoubted sincerity and a poetic touch that never overstates itself. Instead, everything going on during this performance complements each other, and it’s tuned to a fine melodic edge carrying listeners along with comfortable, dream-like sophistication. “Irish Sea Lovers” is a song of deep feeling and imagination alike.

It brings us immediately into its world. The steady pace of the music, initially carried along by an accordion sweep, soon segues into acoustic guitar and percussion driven verses. The drumming has a light touch, never heavy handed, and works well punctuating the individual lines with a solid oomph. The vocals have a slight Southern slur to the diction that gives it a lightly bluesy air, but the song is more often than not resolutely traditional and the changes come across in a predictable way. Predictable is often bad, but in this case, not so. We can hear where Box of Moxie is going with this song musically, but there’s considerable joy in hearing how artfully they arrive there.

The lyrics are well crafted and have a strong narrative flair without ever being totally reliant on a storyline. Box of Moxie has a strong focus throughout the song and that translates, lyrically, into words that say exactly what they need to and don’t waste a single syllable with sideshows or extraneous nonsense. Instead, the same focus defining the arrangement carries over to the lyric and sketches out just enough in the way of character and story to hook you and keep you listening for more. Box of Moxie has a fine discography rich in musical wealth, but there’s little question that “Irish Sea Lovers” represents a new peak for the band.

The band has been an ongoing artistic concern for some time now and shows no signs of slowing down. Musicians and other artists are not like athletes; they don’t hit their peak in their late 20’s or early 30’s followed by an inevitable decline as their bodies no longer respond in the same way. Instead, artists should grow ever greater with time, refining their methods, expanding on the possibilities of their own voice. You can find that theory alive and well with Box of Moxie’s music; “Irish Sea Lovers” is one of their finest moments yet and a complete musical experience that promises ample riches and delivers without fail. Box of Moxie has more than pure moxie propelling their musical journey; there’s talent and deep emotion embedding this track in listener’s memories.