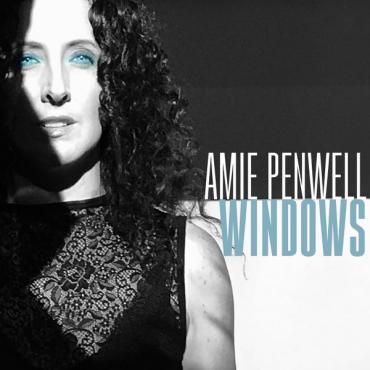 Singer-Songwriter Amie Penwell is an absolute delight today with her new record, “Windows.” The West-Coast based artist that has been making waves the past few months with a string of singles and videos, most notably “Unstoppable,” and “Window,” Penwell shows no sign of slowing down. On the record we hear Penwell coming into her own with heartfelt and political messages placed throughout. From start to finish the release is golden, and proves to be one of a kind in the current musical market.

When we caught up with Penwell regarding her latest single “Window,” she shared with us:

“The second single Window is a about observing the bi polar extremes one encounters on any given day, in any given city. Violence and simple kindnesses. A little girl swinging at the park, while a father browses revenge porn sites like he’s flipping through an Instagram feed. A pick up soccer game around the corner from a fatal car crash. A mourning widow, with a tea cup dog dressed in a Santa Clause sweater by her side. The beast and beauty riding in tandem as the song says. Window opens the record and sets the stage for the rest of the tracks, as each of the women face the beast and beauty in themselves during pivotal moments in each song.”

Laced with Alternative Rock, the record also showcases Penwell taking over in other genres from Soul to R&B. Throughout she has been compared to legendary artists such as Annie Lenox, Melissa Etheridge and Ray LeMontagne. Her sound is unique as she hones a voice that is truly her artistic vision which comes alive within each piece on the record. Enough reading, dive in and listen for yourself! You will be pleasantly surprised…

Amie Penwell’s “Windows,” is out Today via Digital Platforms: