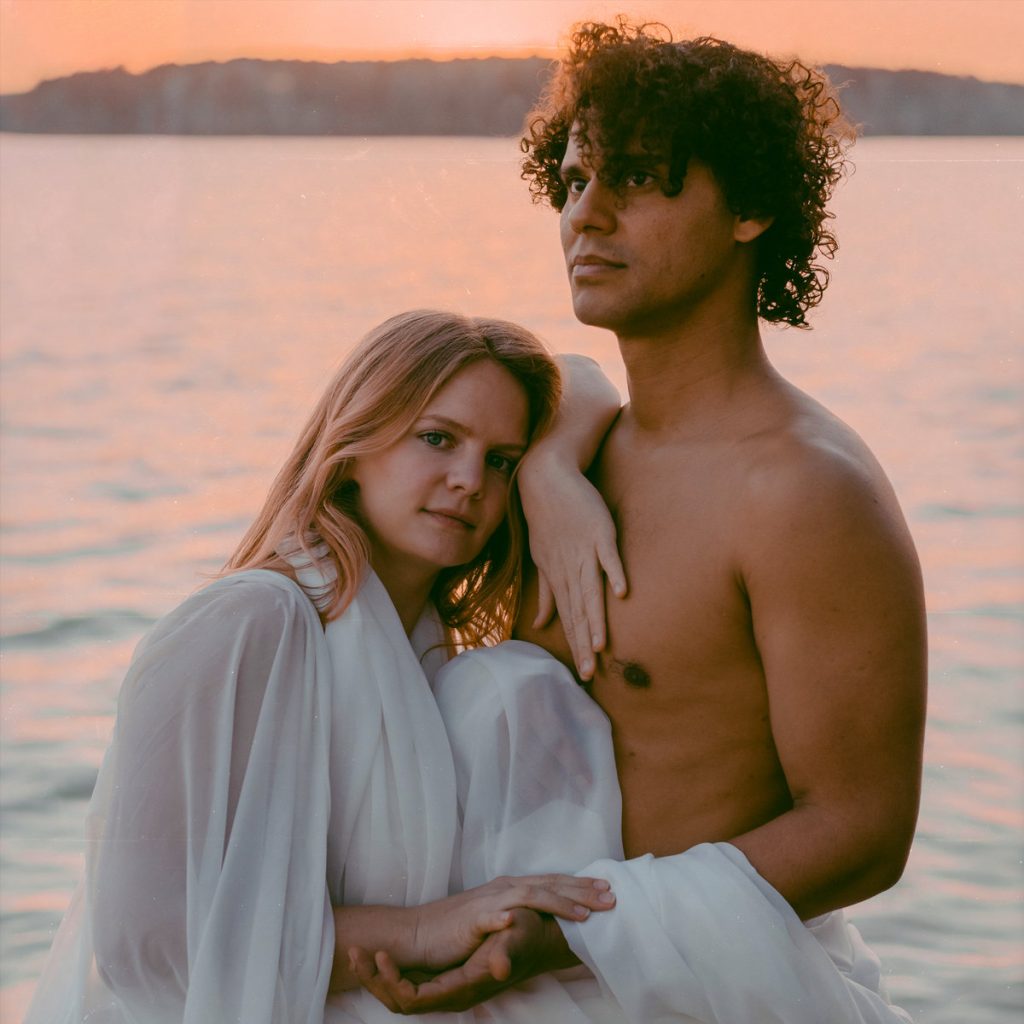 There’s a particular question Violet Bell’s Lizzy Ross and Omar Ruiz-Lopez pondered while making their new album, Shapeshifter: “What would it take to recover our wild souls and a sense of being at home in ourselves?” They address this thought-provoking notion through in-depth lyrics that connect the physical world to a mythical one across 10 gorgeous songs. 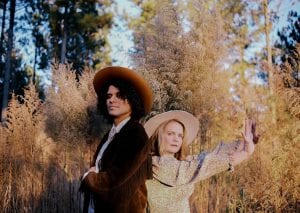 Shapeshifter is built on a foundation of organic instrumentation and whimsical melodies that make you feel as though you’ve been transported into the natural environments they sing about, like the opening track “Meet Me in the Garden” and gazing up at the night sky in “All the Stars.” Their connection to nature goes even deeper as they give a voice to the selkie, a mythical seal that can shed her skin and become human on land — an ancient tale that’s been translated across a multitude of cultures, from Scotland to Japan. The duo crafts melodies as cinematic as their lyrics, as demonstrated on “Mortal Like Me,” which tells the story of how a fisherman steals the skin of the selkie, forcing her to live on land with him for seven years. Ross and Ruiz-Lopez depict the curves and wet skin the fisherman observes under the moonlight of the “woman not of this earth” who was “torn from the sea.” “Her love was never mine to keep,” they sing over guest artist Joe Troop’s feverish banjo.

On “Back to the Sea,” the mythical creature reclaims her skin, and bodily autonomy in the process, as she goes back to the wide-open ocean where she belongs. Autonomy is a theme that arises throughout the album, Violet Bell carrying this spirit into the fierce “I Am a Wolf.” Wrapped around a simple melody on acoustic guitar is a fearless woman who proclaims, “I am a wolf, not a woman / A she wolf, a free wolf until you came around,” showcasing Ross’ ability to blend sweetness and grit in her voice as she vows, “I’ll never stop thinking about how to get free.”

The duo explores this idea of freedom to the very end on “Junkie.” Stepping into the perspective of someone struggling with addiction, they embrace the subject matter with compassion as Ross gently cries, “I want to get free,” bringing the album to a somber, yet empathetic close.

Much like the main character in “Fisherman’s Daughter,” Ross and Ruiz-Lopez are compelling storytellers that bring a song and story everywhere they go. There’s a peaceful spirit that falls over the album as their poetic lyricism shines alongside the music. Violet Bell says they’re “re-wilding Americana music,” and they prove that with Shapeshifter, solidifying them as one of the best duos working in Americana today.

Violet Bell’s Shapeshifter is out Oct. 7.