After a great opening night, day two of the 2013 Vancouver Folk Festival marked the first full day of the festival and the start of the well known workshops. These workshops make up the daytime portion of the program and with 8 stages going, it’s a lot of programming to catch.

When gates opened at 10 a Songwriter’s Cafe quickly got underway on stage four. Led by Toronto singer-songwriter Justin Rutledge the workshop included Kathleen Edwards, Hannah Georgas and Del Barber as well. From a Canadian roots music perspective, that’s a pretty star studded affair. With Rutledge taking the lead, each artist took turns running playing a selection of songs from their repertoire and talking about the inspiration behind them. The collaborative effort made for a great start to the day.

If the size of the crowd at the 10:00 a.m. workshop was any indication, this was going to be a very busy day too.

Vancouver based singer-songwriter Reid Jamieson was up next with a full set on Stage 3. Jamieson’s beautiful acoustic pop is well known in Canada in part because of the time he’s spent travelling with Stuart McLeans’s Vinyl Cafe show (imagine a Canadian version of Garrison Keilor’s A Prairie Home Companion and you’ve got a pretty good idea.) Jamieson’s got a beautiful voice and a solid talent for songwriting. His set of carefully crafted songs spanned from his best known song Rail to newer material that’s been carefully crafted in the style of the 50s and 60s.

Over on stage two I caught the tail end of the Singalong Jubilee was happening, featuring Elephant Revival, String Band, The Littlest Birds and Pharis & Jason Romero. With a stage packed with no less than a dozen musicians it was impossible to keep track of the collaborations that were happening. While String Band had the audience in stitches with classic–and comical–bluegrass sounds, The Littlest Birds closed the set with a beautiful original tune on their distinctive pairing of banjo & cello.

The bluegrass appetite whetted, my next stop was the much smaller stage seven where Jerron “Blind Boy” Paxton was performing a solo set to a packed audience. Paxton’s musicianship on both guitar and banjo were second to none, and he kept the audience engaged and in stitches with his responses to their requests–most of which seemed surprisingly well informed to the the artist. In response to an audience request for “Glory of Love” Paxton played a few bars and responded  “That one? You like that? I got one you’ll like better.” Even watching him tune his banjo was entertaining. Despite being only 24 years old, Paxton carries the soul of the blues in hime more than anybody I’ve seen in ages. Catch him if you haven’t yet.

More workshops came before most of the smaller stages shut down for the day: after 5:00 p.m. stage five serves as a concert stage for newer artists while the main stage ramps up for the full Evenning concerts. On a day packed with a stellar selection of musicians this meant did nothing to end the conflicts I’d been struggling with all day: both Kaki King and Danny Michel were scheduled to start at 5:00 p.m.

With my continued insistence that my government invest in time travel as a research goal being ignored, this meant missing half of each. I headed to stage five to see the guitar virtuoso work of Kaki King first. Playing on only a few hours sleep after her flight was delayed King was astonishing to watch and hilarious to listen too.

Danny Michel and the Garifuna Collective kicked off the evening concerts on the large main stage in the festival grounds. Michel’s album with the Collective is one of the year’s best, and it was nice to see the large group of musicians–including the turtle shells they play (Michel thanked the government of Belize for “…arranging the export visas for the turtle shells so we could all here them”) playing to the sizable main stage audience. The Collective’s music had the large crowd on their feet and dancing.

Michel was  followed by Whitehorse, and he husband and wife pair Luke Doucet and Melissa McLelland delivered as they always do. Their trademark percussive inventiveness had the crowd stomping their feet and dancing while Doucet brandished that famous Gretsch White Falcon with an efficiency and effectiveness that’s second to none. I can easily attest to how good the band was by one simple measure: people kept asking me if I knew who they were, at which point I’d guide them to the appropriate page in the program.

The evening’s headliner was Steve Earle and the Dukes. Earle’s signature twang opened with The Low Highway and Calico Country from his most recent album and moved efficiently through a career spanning set a bit more than an hour in length. Guitar Town and a fully electric version of Copperhead Road were favourites with the crowd. An encore performance of The Revolution Starts… was a nice touch: this folk festival still has a solid reputation for being a bit outside the mainstream, and the audience obviously appreciated the song’s message.

After all that, what to make of day two of the festival? This is probably the best day of live music I’ve ever seen in Vancouver. The lineup for both the smaller stages and the evening concerts was well selected, with not a poor choice in the mix. The evening stage in particular shone with the Whitehorse, Danny Michel and Steve Earle sets capping a great day of performances.

Particular standouts for me were Jerron “Blind Boy” Paxton and The Littlest Birds, because as important as it is that those big shows are good it’s the discovery aspect of a festival like this that’s really special. It’s an opportunity to stretch a bit and walk to a different stage, to hear something you wouldn’t normally here and to try something new. Both of these artists are on my “catch them the next time they come to town list” and I hope it doesn’t take too long.

So, day two ended and was very well played by festival organizers. Here’s hoping day three plays out just as well. For now though, I need some sleep. 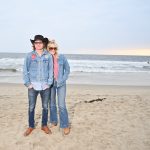 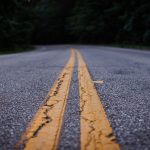