What was going on back in 1995, when No Depression was founded? Well, to start with, Uncle Tupelo was no more. Son Volt debuted with Trace, while Wilco released A.M. Trace won the first round in that little set to, but it was just the first round. As Elizabeth Cook once said, the world is divided between Son Volt people and Wilco people. Me, I’m a Son Volt man with Wilco leanings. I think she might have been paraphrasing the Beatles/Stones dichotomy when she said that, so in the interests of full disclosure I’ll say also that I’m a Beatles man with Stones leanings. I realize this isn’t exactly consistent. So sue me.

Good music is just good music. That hasn’t changed in twenty years. But the way we think about music, and the labels we put on it, are different now than twenty years ago.  When I first started reading No Depression, I would have used the term alt-country to describe my genre of choice. Yes, I admit it, I still don’t know what that is. In many ways the No Depression community was bound together by knowing what our music wasn’t. It wasn’t mainstream, that was the main thing. You had to look for it. You had to be smart enough to find it. And you felt cool when you found a magazine written and read by people with similar sensibilities.

The term Americana surfaced in the early 1990s as way of describing at least some of the music covered by No Depression. The Gavin Report began its Americana Chart in January 1995. By 1999, the Americana Music Association was formed, and after the death of the Gavin Report, it published its own chart.  Rob Bleetstein put together a great piece on the Americana Chart’s 20th Anniversary earlier this year in these pages. It is well worth a look if you have a moment.

It’s interesting to look back at the albums released in 1995. Squirrel Nut Zippers released their first album that year, The Inevitable. I suppose it was. Jimbo Mathus is a treasure, and a hero to all No Depression readers raised in North Mississippi (all three of us). Dwight Yoakum released his first live record, Dwight Live. Dwight had reeled me in years before with Guitars Cadillacs Etc., Etc., and this live album included many of the songs I liked best. The Gov’t Mule self-titled debut album landed in 1995. Those guys are still ginning quite nicely, thank you very much.

In 1995, Emmylou Harris teamed up with Daniel Lanois to put together Wrecking Ball, a record that many consider one of her best. That record captured what genre bending is all about. Put a rock producer together with the queen of alt-country, include songs by Julie Miller, Lucinda Williams, Bob Dylan, and Gillian Welch, and you end up with the 1996 Grammy for Best Contemporary Folk Album. Bruce Springsteen released The Ghost of Tom Joad in November, 1995, and won the 1997 Grammy for Best Contemporary Folk Album. Explaining that time sequence is above my pay grade, but I checked it twice.

The 1995 record that influenced me as much as any wasn’t really an album at all. Alison Krauss released Now That I’ve Found You: A Collection on Februrary 7. I still remember my buddy Gerard Spence giving me a cassette copy of the record. He told me it was bluegrass, but he thought I would like it anyway. I was way beyond bluegrass twenty years ago, or so I thought. “Oh Atlanta” nailed me on the first listen. I liked it because it was upbeat and different. But I hung around for “When You Say Nothing At All”, “When God Dips His Pen of Love in My Heart” and all the other great stuff on that record. Ms. Krauss turned me back on to bluegrass and worked some magic on my understanding of what I really liked to listen to. In a way, she led me to No Depression. Thank you, ma’am. 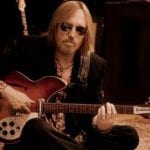