It’s now December. Tennessee had its first flurries of the year last weekend, briefly covering the leafless tree branches with a quick dusting of icy snow. The holiday season is in full swing, indicating the final manic pangs of wild-eyed gasping before each year takes its last breath and succumbs to history’s deathbed. The hungry heir to the thrown, 2011, already has shamelessly ordered barrels of bourbon and cases of champagne to celebrate his reign once the bedside vigil is over, his progenitor is formally a corpse, and the crown is his for the remainder of his short lifetime. The older I get, the more ruthless this feels, and so we must find reasons to distract ourselves into enjoying the blurred demarcations of time flying past. A favorite coping mechanism is the obligatory Top 10, 20, 50, etc. list to fill the space of blogs, magazines, television shows, etc. These end of year rankings are wholly arbitrary and probably even a little crass. They do, however, offer an opportunity to plug once more those artists whose work has enriched the lives of music (or film or whatever) lovers over the past twelve months. I’d rather think of them as “thank you” notes, but creating a hierarchy of accomplishment is hard-wired into our culture (and numbered lists are very search engine friendly for greedy bloggers like myself). So here are my end of year “thank you’s” tidily organized into a ranked system. 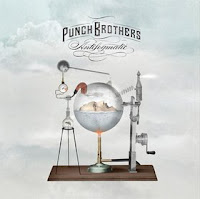 Antifogmatic finds the Punch Brothers hitting their stride and pushing the boundaries of string band music. Often highly formal and almost baroque in arrangement, this album is a burst of creative energy from young musicians ready to show the full measure of their talent to the world. Earlier this fall, I wrote an extended piece about a new crop of highly trained musicians with bluegrass backgrounds pushing traditional American music in exciting new directions. The Punch Brothers are certainly one of the leading forces in this endeavor. Think Bill Monroe gone Julliard and you’re in the ballpark. I look forward to seeing where these guys go next. 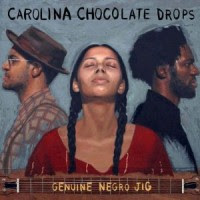 What I love most about Genuine Negro Jig is the sense of joyful reclamation. These young musicians have done so much to correct the neglected history of African-American influence within Appalachian and string band music history. One doesn’t sense that was ever the agenda, however. The Drops obviously have a deep and profound regard for this music, not to mention a wealth of talent. Nor are they simply a revivalist act, as evidenced by their sublime reworking of 90’s R&B hit, “Hit ‘Em Up Style” and their forthcoming collaboration with Gypsy stringband, Luminescent Orchestrii. I saw the Drops about this time last year live and will be seeing them again tonight! As good as this album is, their live shows are not to be missed. 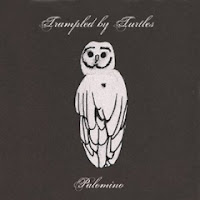 Trampled by Turtles hail from Duluth, Minnesota, what I assume to be an austere town of icy desolation. That’s the story I like to create in my head, anyway, when I listen to this young acoustic band combining the intensity of high lonesome bluegrass with the reckless abandon of hardcore bands from decades past. Add some wry songwriting chops, accomplished musicianship, and you’ve got the recipe for Palomino, the Midwestern band’s fifth album. From the frantic fiddling on the opening “Wait So Long” to the spare, questioning harmonizing on the last track, “Again,” this album delivers a compelling sound that is somehow both comforting in its familiarity and exciting in its uniquely singular vision. 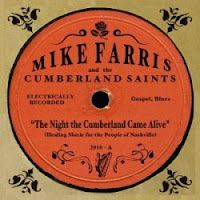 This 6-song EP was kept short because a full length album would have been too much for any one person’s spirit to take. Full of raucous, rollicking gospel tunes with some of Nashville’s finest musicians contributing, The Night The Cumberland Came Alive was written in the wake of Nashville’s devastating flood last May (with part of the proceeds going to help flood victims.) Recorded in a single afternoon with almost no rehearsal, the EP captures the raw power of these musicians coalescing around the deep-seeded, eternal groove of southern roots music. Had it been a full length release, I don’t think I could have resisted placing this at the top of my list (had I survived all that soul-shaking goodness without demanding to meet my maker at its conclusion.) 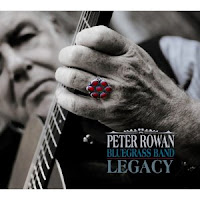 This album makes me sheepishly wonder what the hell I ever had against Peter Rowan’s music. It seems obvious my spirit was not yet developed enough for the Noble Truths of this Buddhist bluegrass legend and former Bill Monroe Bluegrass Boy. Damned Methodist upbringing… I suppose I wanted to stay in my unenlightened cage, preferring the jailer throw away the key like the narrator in Legacy‘s first track. They say the first step to enlightenment is the admission of ignorance. Forgive me, roshi Rowan, I now see your mastery with this album. 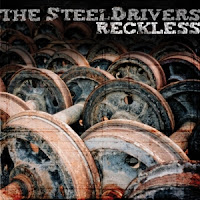 The Steeldrivers are bluegrass filtered through Lynyrd Skynyrd and Muddy Waters. They have a southern rock sensibility, a bluesy delivery, and serious bluegrass chops itching to step forward when appropriate to let them loose. Reckless has a beautiful tension between soulful, full-force vocals atop often restrained musicianship, picking and choosing when to rival the intensity of (former) lead singer, Chris Stapleton. Stapleton certainly left on a high note after this album, and it’s the talk of the town here in Nashville as to whether his replacement, Gary Nichols, can deliver the magic. I’m certainly rooting for him as I appreciate the twelve songs left behind on Reckless. 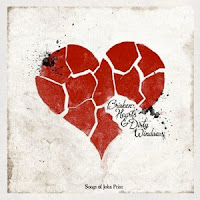 It would be awkward to describe John Prine as an elder statesmen of Americana music, American songwriting, or anything else. This is not because Prine lacks the talent, credentials, and history to deserve such a title (or one with more grandeur for that matter); it’s because Prine’s personality doesn’t fit with such accolades. Rarely does an artist of such accomplishment exude such an unpretentious authenticity as John Prine, a trait equally present in his songwriting. I suppose the legendary singer-songwriter is more like a folk hero, accessible to the masses for the genius of his craft rather than calculated pandering or glossy production. Or maybe he’s more like a charming, charismatic, and down-to-Earth uncle you secretly hope thinks of you, too, as a favorite relative. Perhaps the young artists covering Prine on Broken Hearts & Dirty Windows: Songs of John Prine had a similar feeling, hoping for Prine’s approval as they took the reigns of some of his most revered tunes. For my money, they did him proud with special accolades going to the Avett’s raucous “Spanish Pipedream,” and Deer Tick and Liz Isenberg’s arresting version of “Unwed Fathers.” 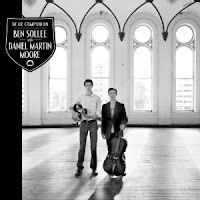 Dear Companion seems like an unlikely Sub Pop release, but maybe I haven’t paid enough attention to the label lately. It’s an earnest, acoustic album by two highly trained string players from Kentucky. The album draws attention to the devastating mountain top removal that has plagued the coal-filled hills of the Bluegrass state. While several of the album’s tunes have a solemn feel befitting this theme, many others are full of bounce and whimsy as the duo (along with Yim Yames of My Morning Jacket) craft a heady mix of sparse Appalachian roots-pop, consisting primarily of cello and acoustic guitar. This album also marks the cello’s growing presence in roots music, which I hope only gains momentum.

9. Ray Wylie Hubbard – A: Enlightenment B: Endarkenment (Hint: There Is No C) 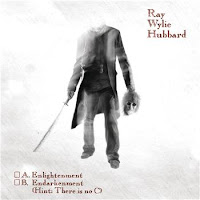 The cover of A: Enlightenment B: Endarkenment (Hint: There Is No C) has a picture of Mr. Hubbard holding his own decapitated head in one hand and a sword in the other. It’s befitting a metal album from the 80’s, though it feels more tongue in cheek sardonic than full blown camp. It’s an appropriate reference for three reasons. A) The album’s earthy, bluesy grittiness hits the heart long before it makes its way to the head, B) Hubbard’s oft-referenced songwriting muse seems to be music itself, with the guttural urgency of metal anthems like AC/DC’s “For Those About To Rock,” (but at least a hint more enlightenment), and C) well, there is no C. Take for instance, the stripped down “Pots and Pans” which is nothing more than a blues romp describing the instruments played in the song before building to a pseudo-sexual climax of moans and groans. Sure, it’s only rock n’ roll, but I salute it. 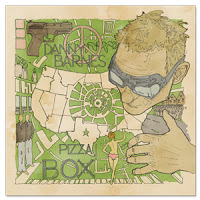 If you only buy one metal/pop/bluegrass/traditional country/jazz/R&B/electronica/funk album prominently featuring near-virtuosic banjo playing this holiday season, I suggest Danny Barnes’ Pizza Box. The Texas five-string master seems to have created his magnum opus with this album, combing his mind-bogglingly diverse musical interests for unexpected common threads to produce a fascinating quilt of juxtapositions. One thing I find most interesting about Barnes is that his songwriting seems very much that of a banjo player. He rolls self-contained lyrical riffs together in succession until a whole composition emerges, much like Earl Scruggs’ banjo breaks chop a song’s theme into little vignettes as you slowly realize the ingenious logic of the whole.