Dead Reckoning – How to succeed in the music business

All lessons that accumulated throughout Kane’s experience with the music business. “I’d been on four or five major labels in the last 15 years, with varying levels of success,” he says, “but the conclusion I’ve come to after all that time is that Nashville is kind of a one-trick pony. They know how to do one thing really well, which is, when they release a single that hits radio and does really well, they know how to follow it up. Beyond that, they’re pretty hamstrung.

“It really all boiled down to two days, the day they go for adds to thoese 200 stations around the country that are deciding what 200 million people should be listening to, which is being decided by 30 consultants. You’ve got a guy in California telling people in Des Moines what they ought to be listening to. It’s just crazy. But it is what is. It’s just reality, that’s all, so you deal with reality. If you know, then it’s OK. I feel sorry for the poor people who don’t understand it and really feel victimized by the system. I don’t feel that way at all.

“We simply don’t fit in that kind of format. And I don’t think it’s about country music or not country music; quite frankly, I think that what we do is more in line with what country music — the real thing — actually is, than anything that’s on the radio. What goes on in country radio and in the Nashville music business is fine. I don’t have a problem with it at all. I understand how it works, and there are just some things that don’t work.”

The obvious question, though, is why more indies haven’t sprung up in Nashville. “Well, there have always been people who have tried to do indie labels, but what they’ve always done is try to compete with Sony and RCA, trying to make similar records to get on the radio. Maybe it’s this group of people. I’m sort of mid-40s and cut my teeth in the ’60s. People like me, Kevin, Steve Earle, Billy Joe Shaver — I guess we just finally realized that there’s something else to do. And I actually would point at Seattle, and what’s happened there. I’ve believed for a long, long time that the creative force really has to come from outside the mainstream, because the mainstream cannot survive by selling 20,000 records. It’s impossible.”

Much of the present Dead Reckoning crew show up on each others’ records, as players or producers. They have also been touring as a unit, with Allison Preswood [sp?] on bass, Harry Stinson (who may be better known as a producer now) on drums, and everybody else pretty much playing the whole time through.

“If I sell 3,000 copies of a great record, I rejoice,” the new label head says. “Failure or success has nothing to do with how many records you sell, it’s the quality of the work. Somewhere down the line, I would love for people to feel confident enough when a record comes out on Dead Reckoning that they can buy it, without even knowing who the artist is.”

KIERAN KANE, Dead Rekoning. Kane writes without the jumping intensity of wild youth, substituting instead the sage calm of middle age. Which isn’t to say Dead Rekoning is without passion, only that it is approached with a degree of peace and perspective. The songs are solid, and Kane’s voice is as pleasant as the smile of a stranger.

KEVIN WELCH, Life Down Here on Earth. From his self-titled Warner Bros. debut to the follow-up Western Beat to this indie effort, Welch has gradually been working away from the mainstream and into a spiritual netherworld somewhere between classic country and avant folk. Though he had the chops and the looks to make it as a Nashville cat if he had wanted to — and, frankly, this record could have used just a dash of the immediate pop appeal that a few songs from his previous records possessed — Welch is clearly on his way to a deeper, darker and more intriguing place with such songs as “Pushing Up Daisies” and “Wilson’s Tracks”.

TAMMY ROGERS & DON HEFFINGTON, In The Red. Accustomed to roles as supporting players for assorted singing favorites, Rogers and Heffington seem hesitant to take the foreground. Still, it’s a gorgeous, lilting, mostly instrumental outing that covers a fair amount of ground. And Rogers has a lovely singing voice, when she lets fly. 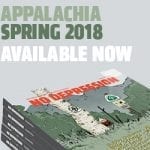