Zac Brown recently ran afoul of Music City etiquette by referring to fellow Georgian Luke Bryan’s “My Kinda Night” as “one of the worst songs ever.” On its face, the critique, while harsh, was spot-on: Bryan is a male supermodel/Southern frat boy-quarterback archetype masquerading as a country musician, and the track in question is easily his worst amidst an oeuvre that’s suspect at best. But where Brown runs into trouble is with his own output, which too often veers into the sort of lazy, beer-on-the-beach, Parrothead pandering that Kenny Chesney’s mined for (Cuervo) gold over the past 20 years. In a way, Brown ripping Bryan is like the Bud calling Corona piss.

But live, the Zac Brown Band is a revelation, capable of covering anything from The Eagles’ “Seven Bridges Road” to Metallica’s “Enter Sandman,” as well as stretching their own tunes into elastic jams that would do the Allman Brothers and Dave Matthews Band–the act which the ZBB most resembles, albeit with a ton more facial hair and twang–proud. Such range was on full display this weekend, when the ZBB headlined its own dynamic Southern Ground Music & Food Festival in Nashville, welcoming everyone from Edward Sharpe & the Magnetic Zeros to Kenny Rogers and John Fogerty to the stage in one of the more compelling artist-driven curatorial efforts in recent memory.

First, the bad. How third-rate pop-folkster Jason Mraz–in football terms, he’s the guy you’d be forced to put in if both Jack Johnson and John Mayer got hurt–became a Nashville favorite (Hunter Hayes worships him) is a crass curiosity, but his participation in the festival slathered it in an unwelcome coat of Velveeta for about 20 minutes Friday night. Brown cheapens himself by embracing such artists, just as he did by introducing the wispy Australian Clare Bowen by her character’s name in Nashville (ABC’s primetime soap is considering airing the performance during an upcoming episode). Bowen sounds phenomenal on the show, but her voice was far too delicate to avoid being overwhelmed by the ZBB’s lush instrumentation and harmonies, and she was slightly off-key to boot. And Edward Sharpe (real name: Alex Ebert) was anything but. Shambolic onstage, presumably due to having too good a time in New Orleans the previous night (and well into the next morning), Sharpe copped to missing his flight and having to drive up for the gig. Fortunately, his Zeros came to play, while their frontman mainly goofed off with the crowd and spaced out in the background.

The rest of what I caught–and here it must be acknowledged that I took the fest in on AXSTV (sorry, I’ve got two girls under 2, so out-of-town concert sojourns have been tabled for the time being) during monsoon-like conditions in Seattle that prevented anything resembling an outdoor excursion–was very diverse and very good. Willie Nelson (joined by Warren Haynes) and Kacey Musgraves were exactly as solid as you’d expect them to be, and the ZBB proved a dexterous, durable and energetic headliner, closing out both nights with epic sets.

But with the good came the great, embodied by the littler-known acts Dawes and Blackberry Smoke. Dawes is a brother-fronted quartet featuring Taylor Goldsmith on lead vocals and guitar and Griffin Goldsmith and his Greatest American Hero ‘fro on drums. They sound like a cross between Hall & Oates, CSNY, Jackson Browne and Talking Heads dipped in a double dollop of Phish and Dire Straits. If that genealogical assessment leaves your ears ringing, that’s appropriate, as Dawes isn’t appropriating from anyone in particular, creating a tight yet substantial soundscape that you never want to vacate. (If you were to synthesize Dawes into a supergroup, it’d be Browne on vocals, Crosby and Nash on harmonies, John Fishman on drums, Phil Lesh on bass, Mark Knopfler on guitar, and Garth Hudson on keys.)

The same could be said for Blackberry Smoke, although their origins are more familiar. The Atlanta quintet’s music is firmly rooted in classic southern rock. And on Saturday, they served as the glue that held a festival comprised of disparate artists together, coming onstage just as night fell and working the crowd into a hoot-‘n-hollerin’ lather with straightforward, smoldering hard-country jams. Their sound was pure and ebullient, nostalgic without sounding derivative. In other words, live music at its best. 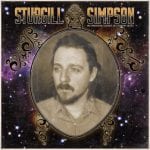 Sturgill Simpson Does It His Way on Metamodern Country 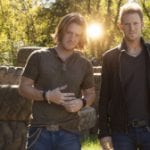