The solo played by U.S. jazzman Wynton Marsalis to close his now-annual residency at London’s Barbican in early July  was a rare personal moment in what was otherwise a master class in sharing the limelight.

In lieu of a full-fledged encore with his 14-strong Jazz at Lincoln Center Orchestra (JLCO), Marsalis entertained with a small combo, delighting an already bouncing crowd with swooping scales of trumpet.

But for much of the time over the three nights, Marsalis allowed his band and guests to shine in performances that ran the gamut from Pakistani sitar jazz to reflections on the ’50s and ’60s music of the legendary Blue Note jazz record label.

Wednesday’s Blue Note tribute of tracks by the likes of Wayne Shorter, Joe Henderson and Woody Shaw, for example, involved arrangements by eight different members of the band, solos from all, and Marsalis himself sometimes only playing fourth trumpet.

There were also guest performances by young jazz musicians, brought on by Marsalis both to highlight and develop their skills – a tip to the 52-year-old Marsalis’s other persona as a mentor and teacher.

“My father is a teacher and as I grew up he had classes in the community. When I started to go on the road with (jazz drummer and bandleader) Art Blakey when I was 18, I started to do classes,” Marsalis told me . Sometime he teaches music – but not always.

“I try to teach them mythology so they can recalibrate how they look at the world,” said Marsalis, who has served as a United Nations goodwill ambassador.

British jazz newcomers – vibraphonist Lewis Wright and saxophonist Nathaniel Facey – both more than held their own with the longer-standing JLCO professionals on the Wednesday, while Tuesday’s performance featured the British-based Young Jazz East Big Band, which rehearsed with New York-based JLCO via Internet.

Such ranges in performance style is trademark Marsalis, who as well as his father, Ellis, counts three jazzmen among his brothers – Branford, Delfeayo and Jason.

He has worked with acts as diverse as Sarah Vaughn, Dizzy Gillespie and Eric Clapton, and won a Pulitzer Prize for music and numerous Grammys for jazz and classical albums, including one for best spoken word album for children.

“With my music I try to always have it have some type of rooting and a meaning,” the New Orleans native said.

“Maybe I have 70, 80 records that are out but I have another 60 or 70 that are not out. Each time I do another record I try to have another objective or try to do something I didn’t do before.”

For the real aficionados, here is the set list for the Blue Note evening:

(This is an edited version of a story I wrote for my main employer, Reuters) 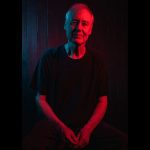 THROUGH THE LENS: Jazz, Blues, Funk, R&B, and Other Roots Music Photos of the Week