If it’s March, the center of the world of roots music is Austin and SXSW. For the third year in a row, this column will feature the photos of Kirk Stauffer. It was his ninth consecutive year, so he knows his way around town and has a knack for spotting artists on the rise as well as catching some of his faves. This time he outdid himself on discovering artists new to ND, and what struck him most were the number of outstanding women artists, and how they ruled this year’s festival.

To contrast Kirk, the seasoned SXSW pro, a Mountain Stage friend of mine, Linnea Harper, took her nice little camera to Austin for her first SXSW.  At my suggestion she covered Bloodshot Records’ Unofficial Showcase, and while she was not that familiar with their roster, she came away mightily impressed, especially with Ruby Boots.

Rose, Faye, and Ruby Boots have an intensity and the tenacity to embrace the disparities of roots music. In their own individual ways, they defy stereotypes of what women artists are supposed to sound like. Rose takes more of the alt-country route, while Faye and her Fayettes breathe a subversive fire into ’60s “girl groups.” Australian Ruby Boots, after knocking around in Nashville for several years, came bursting out of the gates earlier this year with her first US album and a fierce live show that put her at the top of Rolling Stone‘s list of best shows of the fest.

Bishop Briggs was Kirk’s brightest discovery. After being noted by Rolling Stone in 2016 as one of Ten Artists You Need to Know, she has made a brand of engaging electronic pop with deep, deep vocals that sets her apart from her contemporaries. But, she also has a tranquil side, as evidenced by “Wild Horses.” It’s not the Stones song. And she was on Colbert’s Late Show yesterday.

On another end of elecctronica is the Australian Gordi, but she does it more experimentally, with crashing cymbals and synthsizers and a physicality that is difficult to convey in all its majesty. New Yorker Annalise Azadian, who’s studied at Berklee and was featured on American Idol, appears to be swallowed up by an alt-pop sound. She fuses her sound with some R&B.

From the other coast comes Pearl Charles, whose first album was one of my Record Store Day finds last year. She takes classic and psychedelic rock and jells it into a genre she calls “disco country.” Think Jenny Lewis without the rabbit fur coat.

While Kirk got stunning shots of those artists noted above, he also shares with us some photographs not often seen in a music publication: informal portrait shots of some of the performers. Whitney Rose is seen in the lead photo atop this column, and Lucy Rose, Lera Lynn, Jaimee Harris, Pearl Charles, Natalie Prass, Claudine Meinhardt, and Madison Malone were also gracious enough to pose for him. It is extremely kind of Kirk to share these with us.

Now, scroll through the many photos Kirk and Linnea took during their trips to Austin, including a lot of folks not mentioned above. 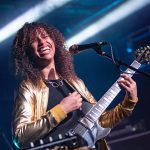 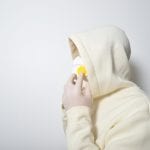