Witty Performance by a Master Storyteller

Prophet usually appears with a band called Mission Express, named after a bus line through the Mission district of San Francisco, but this night he appeared solo. One of the people sharing my table had seen him at least nine times but this was his first time seeing him without a band (note: he loved this show).

Prophet appeared quite comfortable as he took the stage before the sold-out audience. He is a storyteller at heart, whether through his songs or through the banter between songs. Sometimes he explains how the songs came to be written, other times how the song came to be recorded.

As I listened to his songs, I was reminded of Alejandro Escovedo — a singer-songwriter I adore and will see whenever I get the opportunity. I had no idea that Escovedo is a great friend of Prophet’s and that they have written and recorded many songs together over the years. To me, that is a natural fit and I would love to see them perform together.

Prophet played songs from throughout his lengthy career (he has been recording albums since 1990), with a slight nod to his 2014 release, Night Surfer. That album includes the first song I have heard about a Ford Econoline. I hope Ford Motors has used it (and paid him well for the privilege) in an ad campaign or two.

Another song I particularly enjoyed was “You Did,” which was an audience participation number. The song with the most interesting title, at least that I recall, was “Countrified Inner City Technological Man” — that could be a Tom Wolfe book title.

Prophet is a witty, intelligent songwriter who understands what it takes to entertain a musically sophisticated audience. He deserved the standing ovation he received and reciprocated with a two-song encore.

I will definitely see him again next time I have the chance. 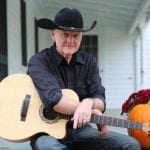 A Duo of Lovely Voices and Strings