NOTE: This contest is now closed. Congratulations to our winner, Brady McClymonds and thanks to everyone who entered!

This week, the fine folks at SHOUT! Factory are releasing an enormous concert box set by the Grateful Dead, and we’d like to give a copy away!

All The Years Combine is a behemoth 14-DVD box set conceived as the ultimate tribute to the band’s legendary on-stage prowess. The set includes almost 40 hours of concert footage from Grateful Dead performances over the course of two decades (1970s-1990s). It also contains all bonus features from previous releases, the DVD debut of “So Far”, and an exclusive disc containing five previously unreleased Dead performances, the 1992 documentary Backstage Pass, and a new interview with Dead archivist David Lemieux. Also included are a 40 page book with rare photos and detailed essay and notes by Dead expert Blair Jackson.

To enter: Leave a comment on this blog post sharing a story from a great Dead show you remember, a memory about the first time you heard the Dead, your favorite Dead lyric, or just a comment about why you love this band so much. Comments posted on Twitter or Facebook won’t be counted, nor will comments sent to us via email or posted in separate blog posts on this site.

To comment on this post and enter the contest, scroll to the bottom of this page and leave your comment in the comment box. Commenting will remain open until 11:59 p.m. PST on Mon., April 23, 2012. The winner will be announced the next day.

The prize: One lucky ND member will receive a copy of the 14-DVD set, plus a limited edition bumper sticker and a Blu-Ray copy of the Grateful Dead movie.

Apologies to our friends elsewhere but the prize can only be shipped to a US address. 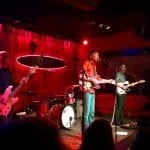