Comes out in April. His best yet.

From amazon.com:
Fifteen-year-old Charley Thompson wants a home; food on the table; a high school he can attend for more than part of a year; and some structure to his life. But as the son of a single father working at warehouses across the Pacific Northwest, he-s been pretty much on his own for some time.Lean on Pete opens as he and his father arrive in Portland, Oregon and Charley takes a stables job, illegally, at the local race track. Once part of a vibrant racing network, Portland Meadows is now seemingly the last haven for washed up jockeys and knackered horses, but it-s there that Charley meets Pete, an old horse who becomes his companion as he-s forced to try to make his own way in the world.A portrait of a journey – populated by a vivid cast of characters against a harsh landscape – Lean on Pete is also the unforgettable story of a friendship and of hope in dark times.

“Among my favourite novels of the year have been Willy Vlautin’s Lean on Pete which is possibly his bleakest yet.” (New Statesman, “Books of the Year” )

“An archetypal American novel, Huck Finn for the crystal-meth generation…a sad, often brutal, but oddly beautiful portrait of an America that’s forgotten only because we choose not to remember its continuing existence.” (Independent Extra )

“Arguably his best so far.If you like melancholy Americana Vlautin’s writing is for you.” (Bookseller (London), “Bookseller’s Choice” )

“For anyone with a sentimental attachment to beasts of an equine nature, a river of tears awaits.” (The List, UK )

“Lean on Pete confirms his status as one of the most emotionally charged writers in America. Vlautin’s characters, memorable however curtailed their cameos might be, become a sketchbook of America.The band has to be a hobby now. Vlautin is a writer.” (Sunday Herald, UK )

“Lean on Pete reminds me of the best parts of Gus Van Sant’s beautiful film My Own Private Idaho. Willy’s voice is pure and his stories universal. He never loses hope or heart and I believe every word he’s written.” (Barry Gifford )

“Reading Willy Vlautin is like jumping into a clear, cold lake in the middle of summer. His prose is beautifully spare and clean, but underneath the surface lies an incredible depth, with all kinds of hidden stories and emotions resting in the shadows.” (Hannah Tinti )

“Spare and unadorned, but nevertheless poetic…full of boundless compassion for the dispossessed and rootless.” (Uncut Magazine (FIVE STARS) )

“The comparisons with Steinbeck and Carver are richly deserved, yet Vlautin is a truly original voice.powerful, heartbreaking stuff. Just three novels in and Vlautin is already one of the best writers in America.” (Mark Billingham )

“Willy Vlautin’s novels are clean as a bone, companionable, and profound. He is a master at paring loneliness and longing from his characters, issuing them through downturns, trials and transience without starving their humanity, and always sustaining them, and the reader, with ordinary hope.” (Sarah Hall )

“Willy Vlautin, plumbs the depths of despair but finally rewards you with redemption.” (Sunday Mercury ) 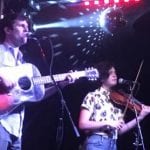 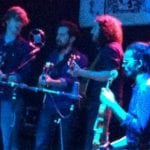