“You couldn’t move a muscle,” Willa explained to friend and blues chronicler Gaile Welker. “It was against the law to move while you were doing that, and the law would watch you on that stuff, too! They could close down a show if you messed up.”

Buckner worked all sorts of carnival shows in the early years of her career. “I worked the nail bed,” she told Welker. “I ate fire. I also did the bronze dance: That’s where you go all over the body with mineral oil and you put that gold paint on. You did contortions when you were in that stuff, and if you weren’t careful you’d fall flat on your rear or your belly.”

In 1946, Willa decided to get off the road and settle in Spanish Harlem. She sewed, worked at restaurants and in other people’s homes, and studied foreign languages at night school. She also took lessons in tap and gypsy-style belly dancing and played with a Calypso band in small clubs.

She was 42 when she began making plans to get back on the road. The 1964 World’s Fair was held at Flushing Meadow in the New York City borough of Queens, and among the featured performers was a Moroccan snake handler. In an interview with Tennant, Buckner said she thought to herself, “If this man can come to my country and make money showing snakes, I’ll bet I can, too.”

And, as it turned out, she could. After building a healthy collection of 28 snakes, she went to Philadelphia, bought a truck and a tent, and joined up with a traveling sideshow. She began billing herself as Princess Ejo, The Wild Enchantress or The World’s Only Black Gypsy, and her snake shows were popular facets of various carnivals.

“She would stand in the pit and talk to the people, tell them about the snakes,” recalled Tattoo Joe, who says his friendship with Willa was a natural development, despite the segregation-era South’s discouragement of such relations. “Race was never a problem with carnival people,” he said. “Back then, carnival people stuck together.”

Duffy heard Willa talk many times about her snake show days. “She’d let all those snakes out on the side of the highway and go walking through a field with them,” he said. “When she wanted to get back on the road, she’d go hide behind some bushes. The snakes would get scared and go back to the truck.”

While Willa was still not afraid to show some skin, her 1960s snake shows were mostly educational. She’d lecture about the animals while snakes slithered around in a pit or draped themselves over her body.

In 1973, Willa’s truck broke down and she left sideshow life to settle near her family in Winston-Salem. She took a job as a city bus driver and curbed some of the behaviors she’d acquired along the way. “She quit smoking and went to church for a few years when she was a bus driver,” Welker said.

She kept the snakes, though, and remained a well-known figure in East Winston-Salem, where people gathered for bootleg booze at drink houses such as Eizel’s. “The first I heard of her I was at Eizel’s with Guitar Gabriel in 1989,” Duffy said. “This old lady came by, offered to sell Gabe an old Epiphone guitar and walked out. A couple of days later I was at the same place and she got up on a table and started singing these outrageous songs.”

Thus began Willa’s third round in the spotlight. In January 1994, Duffy founded the Music Maker Foundation and began spreading the word about Willa and other “forgotten heroes of the blues,” including Winston-Salem basso-profundo Captain Luke, gutbucket howler Macavine Hayes and the mysterious Mr. Q.

That same year she went back to New York, this time to play Carnegie Hall as part of a show called Circus Blues, sharing the stage with Guitar Gabriel, Duffy, old carnival friend Diamond Teeth Mary and others. “Willa was a great performer,” Duffy said. “She exuded sex appeal. I’d bring friends to see her and they couldn’t understand how this skinny old lady could turn you on like that. I imagine when she was young it must have been completely outrageous.”

“She loved to communicate with the crowd,” said Winston-Salem writer John Creech. “She probably developed that ability from the hoochie shows of her past. She had gorgeous eyes, and they looked even bigger behind her glasses, and she had a face that was hard not to stare at for its warmth and beauty.”

Buckner played numerous Music Maker package shows, some underwritten by a major tobacco company and presented as the Winston Blues Revival (“Tobacco pays my bills,” indeed). Taj Mahal headlined some of those performances, including one at Charlotte’s Neighborhood Theater in February 1999.

“I would like to do that as part of a striptease,” Willa said that night as Taj sang from the stage about how big legged women are coming back in style. “I think it would be appropriate.”

Backstage, Willa looked a visitor up and down. “Have you seen my baby?” she asked, and pulled a photograph of a yellow python from her purse. Conversation then turned to carnival days. Willa remembered Lobster Boy, who used to travel the circuit. “He had hands just like a lobster, and he got married and his daughter had the hands of a lobster, too,” she said. “We have so much to be thankful for.”

By the summer of 1999, Willa’s mind and body began to shut down. She made it through the holidays, dying early in the morning on Jan. 8.

Her death was cause for remembrance. Mahal noted her skill as a businesswoman: “I don’t think there’s any era that could have repressed her,” he said.

Creech recalled her laughter, and her skill as a put-down artist. He’d call out to her during a performance, yelling, “I’d like to play with your yo-yo,” and she’d put a hand on her hip, point at him and say, “Boy, you got to be a man to be with this lady.”

At the Home of Memory, they dressed Willa up in a pretty blue outfit and put a wig on her head. She didn’t look like a tough old carnie. Duffy and former LaFace Records session man John Ferguson played “Do You Know What It Means To Have A Friend?” before the service, and many in the congregation sang through tears. Duffy was playing Willa’s old Epiphone.

“We are graveyard sons and daughters passing through an unfriendly world,” Rev. Hickerson reminded the 30-or-so assembled at what the Home of Memory billed as Willa’s “Homegoing Celebration.”

The world may have been unfriendly, but Willa Mae Buckner was not. Here was a woman who would sing for laughs when she couldn’t sing for money, who worried over the comfort of snakes, thanked God that she didn’t have lobster hands and empathized with the carnival man who did.

“I didn’t learn anything,” she said after that February show at the Neighborhood Theater. “But at least I saw something.” 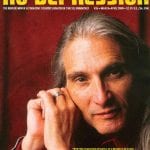