Will The “Real” Eddie Fisher Please Stand Up?

During the Grammy©’s (which I watch religiously out of some character flaw) one of my favorite segments is when they pay tribute to the folks from the music biz who died during the preceding year. It’s often the only national recognition some of these men and women get, and it’s often the only thing that I like from the show. This year they mentioned the passing of crooner Eddie Fisher, a cat who I have a personal history with, which I will relate below. After that I’ll get to the real (in my case) Eddie Fisher, the guitar player from Arkansas/East St.Louis.

Back in the mid-80’s I was a furniture mover. The company I worked for was run by a German-American Guy who loved Eddie Fisher..the crooner/movie star Eddie Fisher. This post is not about that Eddie Fisher. In fact, whatever charms the father of Carrie Fisher had were lost on me because of the amount of 50’s pop I had to listen to while hauling crates around the warehouse working for Big Jim Messerschmidt. You see he loved 50’s pop so much he piped it into his warehouse so we could hear it all day..lovely.

When I was able to get out of the warehouse, I was stuck in the truck with his son, who didn’t like Eddie Fisher, but instead had a thing for Cliff Richard and Huey Lewis. This would be OK for an afternoon, but on a 500 mile drive, it could become less than pleasing. I don’t know if you ever read Brett Easton Ellis’ American Psycho (where the psycho character is a big fan of Huey Lewis,Genesis, and Whitney Houston), but Big Jim’s son was that crazy about Cliff and Huey, constantly going the extra mile, and explaining to me why Cliff and Huey were such shining stars of the musical firmament (Just like Patrick Bateman in American Psycho). OMG, I almost plotzed..and started bringing headphones.

But I digress. Most thankfully this post is not about that Eddie Fisher, or Huey, or Cliff.  I’m here to pay tribute to the St.Louis-based guitarist Eddie Fisher, who passed away back in 2007, but left a legacy in the jazz,soul, blues, and funk fields. Eddie was born in Arkansas and moved to Memphis when he was 18. He made a name for himself in the Bluff City, securing gigs with Albert King and Solomon Burke. Then he settled and married in  St.Louis, where he was a fixture at the Blue Note Club. He cut records for Chess, Stang,and his own Nentu label, while continuing to tour the world. Despite his travels though, he always kept St. Louis in his heart, working on community based music projects there, throughout his career.

Sometime around 1970, he cut his first album as a leader, the soul jazz flavored, The Third Cup. The record appeared on Chess Records’ Cadet label..

Scorched Earth (from The Third Cup) 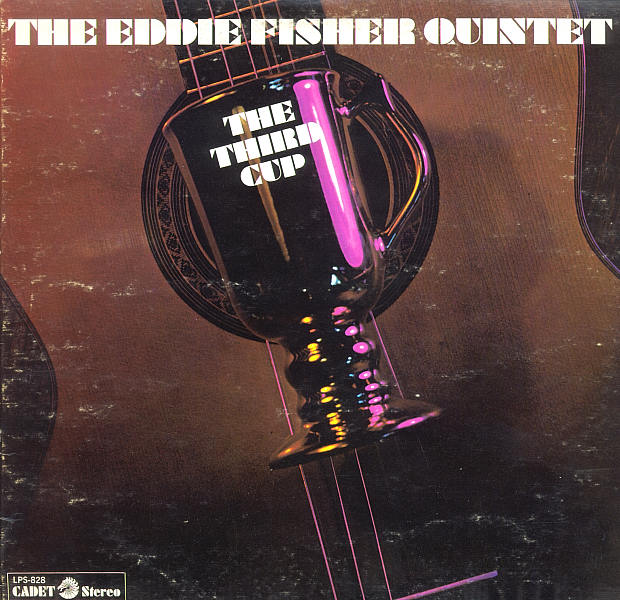 The follow up came just a year later and was more in the funk vein, as Marshall Chess took over for dad Leonard, and tried to take Chess in a new direction. The hard to see album cover for Eddie Fisher & The Next One Hundred Years (and the tunes) show how psych and funk were the new thing at Chess.. 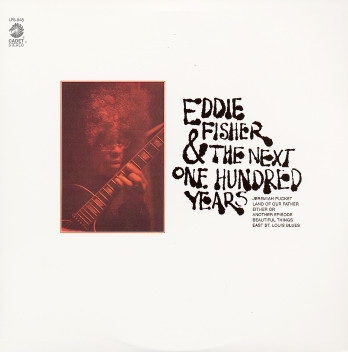 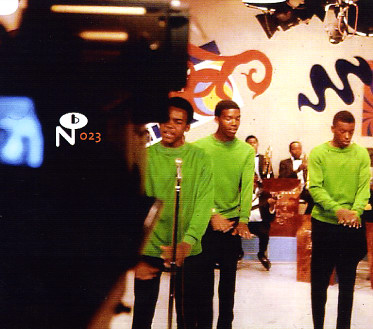 All the while, Eddie was keeping an eye on his hometown, where things (especially in East St. Louis) were not doing so well. He became involved with Allan “Dealth” Merry, another cat who made a name for himself as a band leader and sideman out in the world, but returned home to serve his community. Mr. Merry started a community center, music school, record label, talent agency called Yodi Enterprises and he and Eddie Fisher cut a record for the venture. (This activity , the incredible story of Mr. Merry, and a bunch of great records are included on Numero’s Eccentric Soul:The Young Disciples..)

Mr. Fisher returned to touring his solo act and with Albert King and Solomon Burke for the next few years, not releasing another LP until 1977’s Hot Lunch. Recorded for Sylvia Robinson’s (of Mickey & Sylvia fame and later the owner of Sugar Hill Records) New Jersey-based Stang label, this offering is pure funk with more than a little Sly Stone influence.

Give Me, Lend Me, Loan Me, Let Me Have 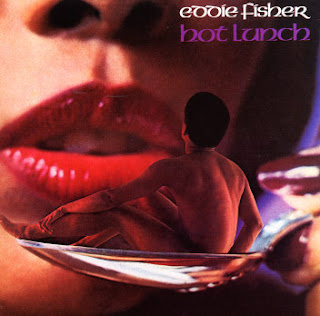 As the 80’s approached Eddie began spending more time at home and started his own label, ran a community theater/ music venue with his wife, and capped it all off with an induction to the Arkansas Jazz Hall Of Fame (Louis Jordan, Pharoah Sanders, Herb Ellis are among the inductees) in 2004. When told about crate diggers making his 70’s records highly collectible he was amused…

“We just appreciate that people are more interested in my music now,” he says. “We just hope if they like The Third Cup they’ll want to hear my new music. You can’t get too focused on the past or on particular milestones in life. To me, it’s all about the journey.” (Riverfront Times).

Thanks to the crate diggers over at 4 Brothers Weekly, you can check out Eddie’s (he goes by Edward here) 1985 ( very,very rare)Nentu Release, The Promise. 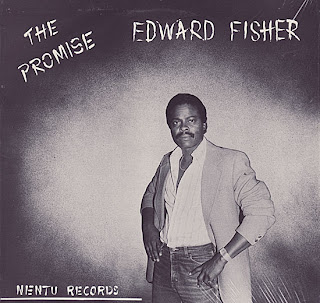 His 2001 record 42nd Street pays tribute to his East St. Louis jazz roots at the Blue Note Club (a spot where Miles Davis cut his teeth), and is worth checking out as well.

I don’t remember if Eddie Fisher was mentioned at the 2007 Grammy©’s, but his contributions should not go unrecognized. Folks who played with him, his peers, and his neighbors knew he was a good man.

” So the journey goes on: You just try and be yourself … and hope at some point the recognition comes.” (Riverfront Times)

‘Get On Board’: Taj Mahal and Ry Cooder Together Again for Tribute to Their Blues Heroes