Will Hoge Never Giving In

When you stare death in the face, fit in in the Texas Music scene, write a song that Taylor Swift never sees, have a Number 1 song on the Country charts, have a major automaker from Detroit want your song, and are about to release a new album(Never Give In/Thirty Tigers) you are not only busy but also  also a breath of fresh air in the singer/songwriter world. That’s Will Hoge.

“Strong,” written by Will, Zach Crowell and Ashley Gorley speaks to the hard working salt of the earth types who get up everyday, work their tails off and don’t expect anything in return. Chevrolet found the song for it’s new Silverado campaign and the song found yet another meaning.

“Zach and Ashley and I wrote “Strong,” and a couple days later GM was in Nashville sniffing around for a song. Everybody in town was trying to write and sing for it. All I try to do is write a great song. We cut a scratch demo of it. Chevy said they wanted the song. So a bunch of big time singers sang it, But Chevy goes “we want who sang it,” well that was the demo, so we sold the song solely on the demo and that really is amazing feeling.”

Breaking into the Texas music scene when you are from Nashville isn’t the easiest, nor the most efficient way to get your music heard. But when you treat Texas as it’s own country, buy into it fully, you find out that you can do things nobody thinks you should be doing.

“It’s a truly unique thing. I really wanted to approach Texas like another country. They’ve got their own music stores, radio stations, music charts. Though most people from Texas think what we do in Nashville sucks but they’ve bought into what we do. We released a single “Another Song Nobody Will Hear,” only to Texas and it went Number 1. So to treat Texas as it’s own country, musically was the one stroke of genius I’ve had in my career(laughs).”

Going back into 12 years worth of music you find progressions in sound, lyrics, melodies. Hoge’s new album Never Give In (out October 15th on Thirty Tigers) shows such richness in it’s songs, equal parts Detroit Soul and Southern Rock n Roll.

“There is a fortunate thing and an unfortunate thing when it came to writing the songs on this record and the two weeks leading up to recording them. “This Time Around” I wrote with Dylan

Altman who I’ve written with quite a bit. We’ve been in bands together, and writing with him isn’t like a co-write where you go in trying to write a hit song, Dylan and I get together to write ‘a song.’ With “This Time Around,” I told Dylan I wanted to write something simple as I had half the song written already. I had just gotten the Ray Charles box-set The Complete Country & Western Recordings. Dylan being from Jersey hadn’t a clue what country music was and me being from Nashville realized that an Otis Redding song and a Hank Williams song are the same song other than melody or chord progression. Dylan’s dad had this piano which we used on this song and it was just out of tune enough to be funky and threw the song down in short order and it’s one of my favorites.”

”Thirty Tigers felt like the right fit for Never Give In, they were willing to take a song to country radio if it was a country type song and to rock radio if it was more of a greasy rockin’ song. I am a country artist, a rock artist a soul artist and I’m unapologetic about it. The people at Thirty Tigers were with me on that.”

Each story of how a Number 1 song comes to be are different and funny. “Even If It Breaks Your Heart,” co-written with Eric Paslay is just that song story.

“We got put together by another friend of mine. I’d just come off of some downtime and had never really done a co-write so I’m like ok cool. We we went in and wrote a song called “Highway Wings,” which made it on the Wreckage album and the song was great and the next time we got together we got together was for “Even If It Breaks Your Heart.” We wrote the song in 25 minutes. For the first 10 minutes we were just talking about growing up. I was talking about a transistor radio that my folks used to put me to sleep with.  Eric comes up with way back on the radio dial.. We played the first chords and it was done 15 minutes later. We argued a little. Eric is a very positive guy, he comes up with keep on dreaming.. Then I came in with even if it breaks your heart. He says “man that is so sad,” it was awesome dealing with that me being the sad guy and Eric being the happy guy. I really am happy we’ll always be connected because of that song, Eric is one of my favorite people.”

When a new artist is looking for songs, all the songwriters get pitched or asked to write a song for said artist. But when it’s for a 16 year old girl’s debut album, well that is just strange.

“CAA contacted me looking for some songs for this girl’s debut album. I had written “Silver & Gold, wasn’t sure it was for this girl or not. Well thing is she never got the song, but it seems she (Taylor Swift), has done pretty good for herself(laughs).”

Will Hoge has come through the other side after his scooter accident in 2008 and his new release Never Give In shows all those scars, all the triumphs and all the ways life is one surprise after another. 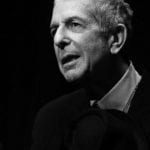 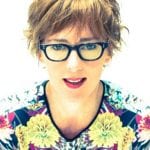