Why Cover Songs?: The Inspiration, Imitation, and Imagination Behind My New EP

Why cover songs? Earlier this year, Bob Dylan said, in his now famous MusiCares speech, “Big Bill Broonzy had a song called ‘Key to the Highway’… I sang that a lot. If you sing that a lot, you just might write [’Highway 61′]. You’d have written that too if you’d sang ‘Key to the Highway’ as much as me.” For me, the true purpose of any cover that I perform is to expose it, expose someone to it, and get close enough to glean some of the truth that it excavated from inside me.  As a songwriter, that seems to be what Dylan was tapping into back in those early days of playing, “everywhere, clubs, parties, bars, coffeehouses, fields, festivals”

Today we find ourselves in a popular music culture that leans so heavily on the cover song.  From the most popular TV singing contest shows to the viral jungle of YouTube, up and coming artists are almost defaulting to cover songs in pursuit of credibility by association, exposure by imitation, and hype by… well… hype.  No longer are covers reserved for bar bands hoping to fill the dancefloor, phenomenal vocalists breathing new artistic life into timeless melodies, or marquee artists giving a nod to a lesser-known songwriter – today they are wielded as a budget marketing tool in as many or more cases than as an artistic one.  Genre bending covers have also exploded in frequency and popularity from Hayseed Dixie to whoever that first punk band to play that one Britney Spears song was, from the most elaborate renditions on The Voice to the quickest, dirtiest laptop recording on YouTube.  It’s as though bonus points are to be had based on the width of the stylistic spectrum achieved between the original and the cover, placing the two versions comically juxtaposed, or at least forcibly separated.

But pessimism always spoils, and there are too many wisdoms to unlock to throw our collective hands up at remix culture – Austin Kleon expresses these creative opportunities well in Steal Like An Artist.  And despite these stigmas I’ve always been drawn to playing covers and the process of choosing and learning songs to cover drew me to writing about the experience.  For a couple years I wrote a setlist blog wherein I’d learn a new group of songs for each show and accompany my set with an account of the musical and mental meanderings that brought me to that song or that album or that artist.  Naturally, this process flung me down a road to recording some of these covers.  The rest of this article was originally posted on my website on the day my new covers EP was released: July 14, 2015, to promote the project and to chronicle some of the specific experiences I’ve had in taking on the great challenges and succumbing the the deep allure of recording cover songs.  I acknowledge the shift at this stage of the article, admittedly a turn toward the self-promotional on some level, because if I don’t even the most basic of readers will – although perhaps there’s a microcosm of the bait-and-switch nature of any cover song manifesting itself righ here on this page…

My new EP is a collection of covers called Blame it on the Truth, the name lifted from a lyric in one of the songs called “Punched A Friend.” The idea for making this EP, admittedly not a novel one, came from performing the songs I love written by songwriters I revere at dive bars I’ve frequented in LA for the past few years.  These songs were chosen because I believed in them, not because I thought anyone would recognize them.  I have tried not to be intentionally obscure in choosing covers (see: High Fidelity by Nick Hornby) but rather I have selected songs that, to me, are powerful beyond their reach and simply needed to be heard by more people.

That brings me to these songs on this EP.  Beyond a general darkness, quirk, and audacity, I’m not sure what the common thread is between the six of them except that I enjoy playing them all. A lot.  Some are quite different than their original versions – “The Yip Song” replaces Robyn Hitchcock’s hiccuping vocal with a distorted siren of a lead guitar, “I Do My Father’s Drugs” pours Joe Pug’s matchless passion and stripped-down sentiment out of the blurry bottleneck of a cheap beer the way the Replacements might do just to piss off the audience, and “Toledo” molds Dan Bern’s facetiously clever lament of expectation into a chunky attempt at a Springsteen b-side with the Hellacopters as his backing band.  At least that’s what I was going for.

Others are quite similar to the original recordings, with the intent being to simply stand briefly in the shoes of the great songwriters and artist that originally created those musical moments in my life, like a die-hard fan of classic country music waiting in line to have his picture taken on the stage of the Grand Ole Opry.  The Holy Cows “Punched A Friend” can’t be done any better than the nearly forgotten and tragically underrated Ann Arbor quartet did it on Blueberrie, but I wished I could go to Michigan in 1997 and stand in the front row for one of their shows and be a part of what they created, which was a style and a sound deeply rooted and influenced by the Replacements and Soul Asylum.  This is the closest I’ll ever get.  When making this EP it was important to me not to compulsively change any of my own rendering of the original records just for the sake of changing it.  So when I sing “…and if we’re talking the god’s honest truth she don’t think about you no more” in “The Titan Who Cried Like A Baby,” a newer Monster Magnet song off 2010′s Mastermind, it’s mostly a reverent wish that I will find the originality, swagger, power, and punch in my own voice someday that Dave Wyndorf still has in his at age 54.  Or when Geoff and I (Geoff Godfrey mixed the album) tried every tremolo and phaser effect we could find on the “Kill Zone” vocal, we wanted to pay homage to T Bone’s vocal on Tooth of Crime that served as the tragic replacement for Roy Orbison’s voice (the two wrote the song with Bob Neuwirth just months before Orbison’s death and it was meant for Roy to sing).  Can you imagine having to sing a song written for one of the greatest and most distinctive voices ever recorded, a friend, and then losing that voice forever?  Can you? You’d  likely distort your voice to the brink of recognition too.

A couple anecdotes from the recording process, perhaps for my own memory if no one else’s: the drums for “I Do My Father’s Drugs” were recorded in a fury late one night after Geoff and I went to Hollywood to see a show.  We stopped by the studio on the way home but needed to finish tracking in time to make it to the bar for last call.  The alcohol-fueled takes, I only recall two of them, were frantic, passionate, bombastic, and aggressive.  It was exactly what this treatment of the song needed.  Other songs include scratch tracks (quick takes of a voice or instrument intended only to be used temporarily during recording and replaced later) and “one takes” that probably could have been replaced in order to improve pitch or time, but were left in because of their spirit.  The lead vocal for “Yip Song” was the scratch vocal – I tried to replace it a couple times and it always felt forced and lost the audacity of the original interpretation.  That should explain any notes that make you raise an eyebrow when you listen.  Similarly, the scratch rhythm guitar and the scratch guitar solo for “Toledo” are both heard on the final version, and all of the guitars in “Kill Zone” we’re only played once – no alternate takes, no edits, no punch-ins.  While there is a certain pride for any musician at working this way, I’m not delusional enough to think any of the above is a reflection of ability. Instead, I am optimistic enough to think that these imperfections are wabi sabi reflections of inspiration.

I’ve also got a great debt to pay to the collaborators on this project.  First and foremost to Geoff Godfrey for recording this with me, playing all drum tracks, mixing the EP and generally supporting the idea.  Geoff is a talented, thoughtful musician and an true friend.  Likewise, my brother David Bowick also lent his harmonic prowess with instant background vocals and a screaming guitar solo on “Punched A Friend.” I have the pleasure of making and playing a lot of music with David, which I’m very grateful for.  The bass on the EP was handled mostly by Harley Duggan, a ball of musical energy and a true professional.  Harley showed up and knocked out 4 songs in no time flat, all thunderous, tasteful and inspired performances.  Having played “Punched A Friend” live a few times before with my good friend Marc Mutnansky was the perfect choice to lend his nimble tips on bass for this recording, and he crushed it.  On keyboards I was fortunate enough to enlist two supertalents: Marshall Thompson glazed “Kill Zone” with an organ that weeps, soars, and moans the song to a new level and Metro adorned the stark “The Titan Who Cried Like A Baby” with beautifully demonic keyboard and production that took the song into a dark and mystical place that I never would have been able to alone.  These musicians and the other great musicians I have the privilege to perform with all remind me of the endlessly expansive possibilities that collaboration creates.

Even though I’ve been recording, writing and performing since I figured out that music is a thing, this project feels like a beginning to me and its completion like a catalyst.  I’ve got a second covers EP in the works, which will be mostly acoustic renditions of more of my favorites. I performing live at least once a week, including an acoustic show every Tuesday night at Brennan’s Pub in Marina del Rey with Jeff Cleveland and David Bowick,  I’m writing as much as possible and hope to make a full-length of original music soon.

Thank you for taking the time to read this and the time to listen to Blame it on the Truth. I hope you find something in it that moves you and I hope you dig deeper into the music of the artists that inspired this project in the first place.

I am a big fan of the No Depression community, and I believe in music community in general, so I’d love to hear your thoughts on cover songs, on this EP, or an any of the above.

For more information on my music, visit www.natehertweck.com 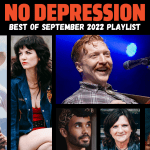