While waiting for the new Gillian….check these six out

While there is little doubt that Gillian’s new album is not only dearly anticipated, should I be a betting man, I’d feel safe to lay out some dough that it’ll be the best of what we’ll be hearing this year, and probably well beyond. The eight years between albums would leave some doubt if she had been quiet and in hiding, but she has been highly active in performing on stage, on other people’s albums and writing new stuff. So she’s honed as sharp as a new knife and you just know she’ll deliver. But in the meantime…

Before Gillian there were tons of women singer-songwriters, so it’s not like she started a new genre. But there’s no question if you ask a young female artist today who they look up to, or were inspired by, Gillian is often at the top of the list. As one who has a strong ear preference for the female voice accompanied by acoustic instrumentation, I thought I’d share a few who have recently put out new discs and perhaps you can take the time to check them out before it’s all-Gillian-all-the-time after June 28th. No order here, just a random list. And some old, some new, some borrowed, some blue.

I hated to see the everybodyfields break up, but last year Jill Andrews put out an EP that was one of the best set of songs for her, and I’ve been waiting for a full length. This June 7th release of The Mirror is not as folk nor country nor even as acoustic-y as I would have liked, but nevertheless it’s a great showcase for her songs and voice. Her website seems to be under construction at the moment, but here’s a link to the front page which is featuring a video and also a free download for a track or two.

It’s been ten years since Sandra McCracken released Gypsy Flat Road and she is celebrating the anniversary by giving it away for free. I’m not sure how long it’ll be up, but here’s the link to NoiseTrade where you can download it. She is a Nashville resident who has put out about a half dozen solo releases, and written for Caedmon Call. These songs here are as fresh today as they were back in the day, and I admit to not yet exploring her later work.

A few years ago during intermission at one of her shows, I told Eliza Gilkyson how much I loved her songs and it seemed as if she was surprised or had never heard this before from someone. Crazy … because of all the female singers out there — and I don’t care who you name — she has a certain level of maturity and grace in her lyrics, and the music just seems to flow naturally from note to note. You know she comes from a highly successful musical family: brother Tony was in X and is one hot guitarist and dad wrote classics like “Bare Necessities,” the song, not the lingerie site. All of her albums are amazing, but this latest, Roses at the End of Time, seems the most personal and shouldn’t be missed.

Tara Nevins’ Wood and Stone has been getting a ton of press, and bloggers are falling all over themselves to review this one. She’s a founding member of Donna The Buffalo and did this album at Levon Helm’s studio in Woodstock with the great Larry Campbell producing. Levon plays drums on two tracks, I believe. First class American heartland music here if your idea of the heartland is upstate New York where the Appalachian Trail passes through.

She’s got a bass-playin’ husband named Lunchmeat, is the sister to Bruce and Charlie Robison, sister-in-law to Kelly Willis and Dixie Chick Emily Erwin (before the split with Charlie) and this album is produced by Gurf Morlix. Think that gives her a leg up in creating one of the best releases of the year? Yeah, it does. Her songs are right on the money and she sings like Lucinda Williams if Lucinda sang just half better than she wrote. Like Eliza above, she also calls Austin home and I think she just cut out for a tour in Europe.

The third and latest release from Seattle’s Rachel Harrington is Celilo Falls, and I think it’s her best. She calls her music country soul, but I just think it’s your basic Americana diary of tales and instrumentation with a ton of influences you can just soak in. She seems to travel a bit to Europe and the UK where it seems there is a wide audience for our best exports. She is already Kickstarter-in for a new album. 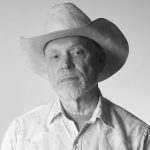