What is “folk” music anyway?

So there I was on Facebook, answering some post when the Folk Alliance conference came up randomly, and one of my FB friends recalls I was a speaker on a panel called “What is Folk” when the conference was held in Austin a few years back. I mentioned that my participation on that panel was greeted with quite a bit less enthusiasm as I had hoped. I was asked “why?” and this is what came out:

(For the record, I have nothing but praise for the FA as a body, but the motivations of a great many of it’s attendees are completely foreign to my understanding of the word “folk.”)

I proffered the opinion that the definition of “folk music” was music played by people who didn’t want to be left out of the party; music of functions and families. That what my pal Brian Marshall told me years ago, and that’s as good a definition as I have encountered.

This didn’t sit too well with “singer-songwriter” attendees, who’s only attachment to music (in my experience) is what can it do for them rather than the perspective of the traditional folk musician who sees himself as serving a function of his/her culture as a whole, music only being a slight fraction of the equation; language, faith, dance, cuisine are all intertwined and carried along by music which is definitely not the myopic focus.

The “Folkie” wants to tell you all about themselves and their crappy little lives, demanding the attention and validation of strangers, no different from anyone in the entertainment business. (LIKE ME, BTW) They embark on a commercial career and if they don’t make their bread, they stop and go back to whatever they should have been doing in the first place. Conversely, the traditional musician is busy living a life inside a culture, and just happens to play music and most likely will for all of their lives, whether or not they are every examined outside of their community.

Scratch a “Folkie” and typically find a person who has actively rejected their own cultures and traditions and then cleave to growing proto-culture that shares their world view (think Kerrville Folk Fest.) Over time, I’m sure this wi 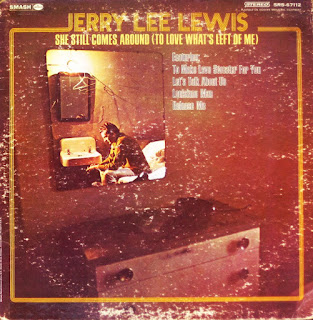 ll eventually create it’s own “culture” of a sort, but frankly I find it rings untrue to me. And ultimately every one of these types ends up, hat in hand, back at the door of the tradition they spent a life rejecting. (Examples abound, but Faron Young telling Jerry Lee Lewis, who re-entered Nashville after his career in rock fizzled, to “get down on his knees and beg forgiveness” of the the country artists who kept going while rock and roll tore at the fabric of their culture. Don’t get me started on Jewish Folkies who re-imagine themselves Jewish only after they struck out with the goyim.)

Today there are “Folkie” versions of every great musical tradition on the Earth it seems and the participants of such versions cheerfully identify themselves as dilettantes, which lines up well with the deeply Imperialistic traditions of dominant consumer culture that has hobbled our country. If you presented a traditional musician to this tribe, they uniformly recoil in terror, recognizing that deep down they actually despise the culture from which the music was born and is a part of. Danny Barnes’ essay on “I know why you’re not into music” points out that there’s “plenty of music for people who hate music, books for people who hate books, etc.”

Danny also told me years ago in reference to the explosion of “we started as a punk band but now we’re trad C & W” bands that overran Austin in the late 80’s, 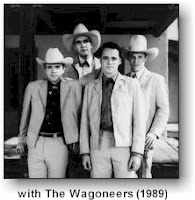 “All these cats are all hot to play country music, but none of ’em would dare go out into the country have to deal with the people who like country music. They do alright with the hipsters in town, but I’d like to see them deal with the drunks at the Satin Sabre in LaGrange for instance.” Truthfully, all they ever really did was create a self referential “scene” where out-of-work musicians play for other out-of-work musicians and the waitresses who support them. If anyone describes a “scene,” this is most likely what they are talking about; a fully inward looking proto-culture. Scenes. Like “Rock-a-Billy,” or “jazz” or whatever ghetto a group of people tend to create for themselves. Gather long enough, and share enough of a world view and viola’ you have a safe, manufactured little culture. Hippies anyone?

I just had to have this whole conversation with a sad character who’s been trying to force fit a modern instrument into a traditional dance music for decades now with only an embarrassing admixture to show for it. As a “Folkie,”and lets be honest here we are talking about people with white skin who speak English almost entirely, he’s fully empowered by his wealth and his privilige to see culture as a smorgasboard, where he can pick and choose what elements suit his personal musical vision. How could he see it any way really, having had only consumerism and advertising as a cultural legacy? It can be argued further that it’s just those sort of people that propel traditions forward and there is indeed some truth in that line of thinking.

However, the important (and missing in this thesis) element is how does this change come to a tradition? From within it? Is there a community of like minded, language, custom and faith connected people who within their own experience accepted change? Or is it the outsider who imposes their concept onto a culture. The steel guitar entered French speaking “cajun” music many years ago, as did the accordion before it, naturally and from an internal experimentation. Same for the arrival of the Greek bouzouki in Ireland and the button accordion to the Spanish speaking south west US. Revolutionary as their introductions may have been, they still arose as a reaction of a community well versed in their own traditions. My pal Henry Sapoznik has a litmus test for who’s coming from inside the music and who haven’t done their homework. It’s really 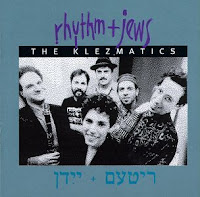 easy: walk up to a band playing “klezmer-punk” or “klezmer-jazz” or some other clumsy fusion, hold a Colt 1911 .45 up against the band leaders temple and say “Play me an old fashioned Jewish Bulgar, one my zayde would recognize.” 9 times out of 10, sadly, the test doesn’t end well. But within communities there are indeed master musicians who have imbibed the totality of their own cultures, assuming a collective voice and then and only then are capable of making truly revolutionary music that would in fact speak to the aspirations of a people while propelling them forward. (Call me crazy, but that was precisely what I had hoped Bad Livers had done for traditional American music. Only time will tell if we did any real good, and I ain’t holding out hope.)

PS:
Oh, I guess I should make a pitch for Hank Bradley’s ground breaking essay on this very subject called “Counterfeiting, Stealing, and Cultural Plundering: a manual for applied ethnomusicologists with 12 tunes for fiddle composed by the author” 1989. Available from the author.