Nate Silver, the statistical wizard who made his bones as a baseball analyst and then proved his mastery by making eerily accurate predictions of elections over the past few cycles, edits a blog called Five Thirty Eight. A feature of this blog is a daily newsletter called Significant Digits in which he notes interesting stats he has noticed.

Here’s one that caught my eye the other day: “Only eight of 7,287 music albums released between 2012 and 2016 got generally unfavorable (that is, bad) reviews on Metacritic,” Silver writes. “This means that either humans got really, really good at not making bad music; there’s a systemic disincentive for doling out bad reviews; or aggregating ratings is an incomplete portrait of the musical scene.” Let’s look at this phenomenon today.

I remember calling out a usually reliable performer for a generally listless performance at a small, local festival a few years ago. It drew angry fire from the performer and a private note from a major voice in bluegrass music suggesting I had hit the target. Similarly, a few years ago I wrote a negative performance review about a band, saying “Their style features lots of shouting, an unusual combination of off-color humor and expressions of faith, and lots of mugging. This style apparently has appeal for some.” That comment drew an angry phone call from the aggrieved band leader, but has yielded little change in his use of cheap tricks to garner easy audience reactions. It’s always easier to play the crowd than to work hard, learn your craft, develop first-rate shows, select and write good music, and keep working on developing your band. Bands that do the latter discover their number of gigs increasing, the quality of festivals they play improving, and their performance fees going up.

Playing to audiences’ patriotism is another easy way out. It’s clear that we want to recognize and appreciate our troops, recognizing our debt to them, but there are tasteful ways to do this. One band many people will recognize organizes a pageant, lining up veterans by service and having them parade with flags while they play the service hymns and record the event. Later, they produce multiple DVDs that they sell to participants, thus exploiting rather than recognizing their service. Several years ago, at a major winter festival in the South, Sonia Isaacs was singing a beautiful a capella rendition of the national anthem. Everyone stood up, or stopped in place, hats off and hand to heart. Meanwhile, two members of this band stood at their merch tables joking with two fans, completely ignoring the patriotic moment. Strange collision of values. Bands that recognize service in a dignified, tasteful way benefit from it while honoring the service of their veterans. I should have called this behavior out years ago. Why didn’t I?

Record reviews in major bluegrass outlets are almost universally positive, as if taking the risk of becoming supportively critical raises barriers too great for the music to bear. On the contrary, bands can only benefit in the long run from constructive and thoughtful criticism. A lively critical environment helps improve the quality of performance.

Are we being too nice? Bluegrass fans love to berate other forms of music, but refuse to look thoughtfully and critically at the development of their own genre. This leads inevitably to a large proportion of recorded and performed material being imitative or derivative of earlier work by other bands that succeeded. Pressure to record every year or two has probably changed due to a search for excellence in a crowded field of digital distribution and streaming. How does a performer of surpassing excellence like Jason Isbell emerge from the crowded bro-country of beer, broads, and badassery?

Is there a recognizable response to good reviews, or are record sales dependent more on good reputations? With the changes in the recording industry and the growth of streaming as the major distribution medium for music, how should bands respond thoughtfully and effectively to highlight their best possible work? How should they go about developing their presence? Is it our job as journalists or magazine and website publishers to act as cheerleaders or to provide a framework for identifying and recognizing real excellence when it comes along?

I don’t by any means exempt myself from these questions. Often people approach me to express their appreciation, saying something like, “You really tell it like it is.” I often respond, “You should see what I didn’t write.” I, like most people, prefer to say nice things and keep on the right side of performers and promoters. But, I also like to support band and songwriting contests, especially when there are criteria developed to make judgments about the winners. Being set apart by winning the contest at Telluride, Thomas Point Beach, or Podunk may, in fact, give a band a leg up in the winnowing process. And the runner-up bands, particularly if they receive well-conceived feedback from worthy judges, are being encouraged to improve.

Over the years, though, I’ve often felt burned, at least initially, by the most significant and thoughtful critic of my work, Dr. Banjo, Pete Wernick. Sometimes, after I’ve posted a blog or a No Depression column he’ll write me a fairly long and detailed email. It often begins like this, “Ted, I know that this might appear a bit harsh, but I think I know you well enough and you trust in our friendship sufficiently to listen to what I’m about to say …” My stomach lurches a bit at first. Sometimes I feel hurt or angry, but, after I settle down, I read the critique again and benefit from it. That’s what good criticism does. It goes by another name, too: teaching.

Grade inflation has become a standard in schools through the last couple of generations. The tendency seems to have coincided with a variety of factors: the competitiveness for continued funding under the G.I. Bill when students returned from war, the idea prevalent among parents that trying hard deserves a reward, the belief that not winning destroys the self. You pick your own demon. But along the way, the word competent has become denigrated.

A person whose work or play is labeled competent seems insufficient. But if competence is that area between good and bad, in the middle where most of us reside, then why should we scoff at competence? Synonyms for competent include: adequate, capable, decent, clever, complete, skilled, and many more. When was the last time you heard a recording, a band, or an individual musician applauded for being competent? Yet that’s the space most of us inhabit. Words falling into the superlative frame (peerless, outstanding, superb, gilt-edge greatest) should be limited to those who truly are. And every time we reserve the superlatives for those who deserve them, we lift the quality of performance. 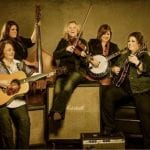