The mood was festive in the lobby of the Ellen Theater in downtown Bozeman on June 5, as fans and friends gathered to celebrate the life of the late Ben Bullington — a doctor, singer-songwriter, and performer who touched the lives of many in Montana and beyond.

“Ben is here,” said Joanne Gardner, as she moved among the crowd, greeting guests and sharing stories of the tall doctor with the engaging smile who wrote country and Americana songs that touch the heart. “I’m wearing his ring. Tom [Murphy] is wearing his shoes.” Gardner counted Bullington among her dear friends, performing with him and helping to spread his music to a wider audience, and staying by his side as he dealt with the pancreatic cancer that would take his life in 2013. Gardner was the moving force behind Friday evening’s concert, bringing a talented group of performers, who also happen to be Ben’s friends, together for what would prove to be a wonderful evening of music and memories.

Those performers included Darrell Scott, whose latest release, 10-The Songs of Ben Bullington (2015, Full Light Records), is rising fast on the charts. The Ellen concert was a CD release event of sorts — the first and only other 10 release show took place in Nashville to rave reviews in mid-May.

Gardner is no stranger to the Nashville music scene — she co-founded a production company called ACME Pictures with Rosanne Cash before becoming an executive at Sony Corporation, where she made music videos for stars like Bob Dylan and Will Smith. Gardner was still managing Rodney Crowell when she moved to Livingston, MT, some years back, and he also became good friends with Bullington. At the Nashville show, each artist performed a song of Ben’s and then one of their own: Crowell played a song he wrote about the last ride he took with Bullington, only two months before his death.

“Darrell’s hope was that people being introduced to Ben’s songs would see they ‘belonged intermingled with these other great songs,’” said Gardner. “And, it worked that way. The [Nashville] audience hung on every word and felt the emotion from each of these wonderful artists. It was breathtaking — people walked out amazed at the songs, Darrell Scott’s talent, and his generosity. They bought a lot of Ben’s CDs too.”

Bill Payne, a founding member of Little Feat who also calls the Livingston area home these days, collaborated with Bullington musically before his death. Payne was also there at the Ellen Theater on the keyboards, as were Montana friends John Lowell on guitar, Kris Clone (piano, vocals), Tom Murphy (mandolin, vocals), Buff Brown (harmonica), Russell Smith (standup bass), and Gardner herself on vocals.

Inside the theater, the mood was more hushed than in the lobby, almost reverent. The packed house was still as Darrell Scott stepped up to the microphone and started the evening off with these simple words: “Welcome to our Lovefest.”

And it was indeed a lovefest, as these friends of Bullington brought their love for the man forth with their renditions of his music in the first set. Kris Clone sat at the piano and gave a solo tribute to his friend. Bill Payne played “The Last Adios,” the tune from the movie Crazy Heart that he and Bullington collaborated on. And the stories were there, too, along with the music.

“Ben loved life, family, his friends … but he hated flies,” said John Lowell, as he began a soulful rendition of Bullington’s song “I Despise Flies.” Russell Smith related the time when he was considering getting a “green card” so he could smoke medical marijuana, and discussed the matter with Ben.

“Why would you want the government to know you are smoking marijuana?” was Bullington’s reply. And Gardner recalled how Ben got her singing again.

“We’re also here to thank Darrell Scott,” she told the audience. The first set closed with all of the performers onstage to play Ben’s tribute to the small town he once practiced medicine in, a little tune with a lot of feeling called “White Sulphur Springs.”

“I know that Ben was overjoyed at Darrell’s intention to record some of his songs,” Gardner said. “He only got to hear two of them but played them over and over. Darrell Scott would be anyone’s first choice as a song interpreter. His emotion, vast musical talent and style bring so much to any song, and he inhabits the intent of these songs. He appreciated the space and the poetry in Ben’s writing, and he loved Ben’s point of view.”

After a break, Scott took the stage to play the songs he had decided should be on that tribute recording to Ben. The multi-talented performer did so with a wonderful singing voice, as well as guitar, lap steel, and piano.

“Ben recorded 67 songs,” said Scott. “Picking ten was tough.” The choices Scott made are a good fit. He began with “Lone Pine” and “Sage After Rain,” two songs with a lot of Montana in them — and more.

“There’s a lot of depth in these songs,” he said. “I don’t think Ben was afraid of death.”

Ben wasn’t afraid of the music “establishment,” either, as was demonstrated by his song “Country Music, I’m Talking to You,” his jab at corporate Nashville, especially the industry’s treatment of the Dixie Chicks in the wake of their non-support for the Iraq War.

“In the last months of Ben’s life I started sending iPhone recordings of me singing a song of his,” Scott told the audience near the end of the show. “The first iPhone recording, ‘I’ve Got to Leave You Now,’ ends this album. That recording is what Ben heard, and he loved it. I think it’s important that the iPhone version be on the album, just as Ben heard it.” And when Scott played the song, in which Bullington essentially bids his sons farewell, there were not many dry eyes in the house.

The show ended with all performers onstage for Bullington’s “In the Light of Day,” which the audience participated in. It was an appropriate end to a fine show honoring a man who loved his life, his friends, and his music.

Gardner said that the three of them — herself, Scott and Payne — who’d been at both the Nashville and Bozeman shows “marveled at how different they were.”

“Both were ‘Lovefests,’” she said. “But the Bozeman show was hometown love, and with one exception, every song was a Ben song. It was certainly more emotional and many of the artists had tears in their eyes after a song. Ben’s presence was so felt and so missed, if that’s possible. Two of his sons were in the audience. We were struggling to make it a celebration and we did. It wasn’t sad, it was joyful. It gave many of us who played shows with Ben or just sat around in the living room playing music together, a real dose of how it used to be to hear these songs rolled out one after another.”

And in the wake of the Nashville and Bozeman shows, Gardner said she is looking forward to sharing Bullington’s songs with an even wider audience.

“Ben’s songs now have been launched and we look forward to what happens next,” she said. “I administer Ben’s estate and fill the orders for his CDs that come trickling in. Since Darrell’s CD was announced, and certainly since it was released, we’ve had a huge jump in sales. People are buying all five of Ben’s CD titles at once. It’s just wonderful. He’s quite the happening guy in the Netherlands these days. His sons and I could not be more grateful to Darrell Scott and his whole team for making this possible.” 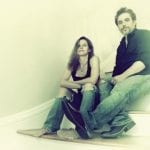