Video Premiere: Tommy Emmanuel and Rodney Crowell are “Looking Forward To The Past”

Tommy Emmanuel has achieved enough musical milestones to satisfy several lifetimes. At the age of six, he was touring regional Australia with his family band. By 30, he was a rock n’ roll lead guitarist burning up stadiums in Europe. At 44, he became one of five people ever named a Certified Guitar Player by his idol, music icon Chet Atkins. He plays hundreds of sold-out shows every year from Nashville to Sydney to London and has piled up numerous accolades, including two Grammy Award nominations, two ARIA Awards from the Australian Recording Industry Association.

On January 19th, Emmanuel will release his new duets album, Accomplice One, a testament to his musical diversity with songs that stretch from authentic country-blues to face-melting rock via tender and devastatingly pure guitar playing. The tunes, a mix of new takes on indelible classics, feature an esteemed list of “accomplices” from Ricky Skaggs and Amanda Shires to Mark Knopfler and Jerry Douglas. Today, Emmanuel is premiering the cinematic video for “Looking Forward to the Past” which features the beloved singer-songwriter, Rodney Crowell. The video, with its wild west theme, sees Crowell as narrator and Emmanuel as a guitar-toting gunslinger who takes down the villains and tries to kindle the spark with a lover from “three broken hearts ago.” 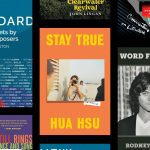