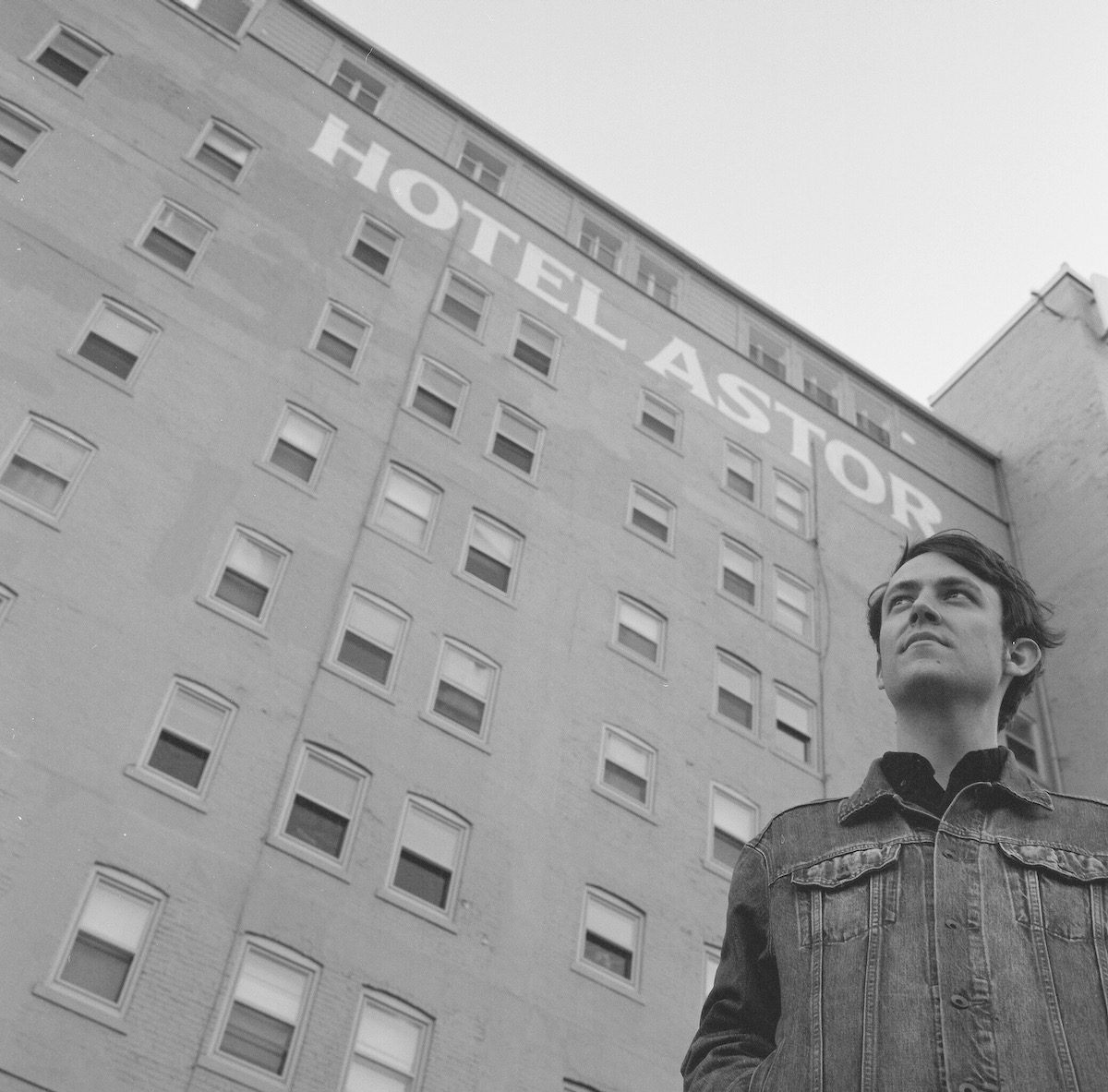 Photo by Abby the Artish

EDITOR’S NOTE: As we move into “spooky season,” we love a good ghost story, and Trapper Schoepp has a great one below. More stories on the theme of “Ghosts” are available in our Fall 2021 quarterly journal. Learn more about what’s in the journal and grab your copy here.

I found myself living as an extended-stay resident at Milwaukee’s Astor Hotel in the summer of 2018. It was a welcome respite from crashing with friends as I navigated a few month gap between leases. I’m no stranger to living out of a suitcase, but there’s something to be said for having four square walls to call your own — even if it’s a postage stamp sized room at a 1920s hotel. A few weeks into my stay, I got a text from a friend saying she had an extra ticket to a ghost tour of Milwaukee. “I’m game,” I replied.

As we wound around the city, my skepticism faded and I became more and more immersed in the stories coming distortedly through the tour guide’s mini microphone amplifier. There were plenty of “ooh” and “ahh” moments as we learned of an unexplainable presence of spirits leftover from Prohibition-era speakeasies and brothels run by Al Capone. Walking along old breweries, we trekked into the shadowy gangster underbelly of the city once inhabited by an Italian mafia family named the Balesteris. It wasn’t hard to buy into the ghost stories surrounding infamous mobsters and serial killers like Jeffrey Dahmer, and that of the historic Pfister Hotel — where many visiting MLB players refuse to stay due to reported paranormal activity. 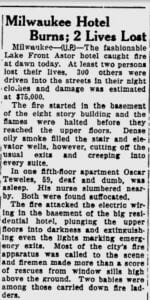 A clipping from The Telegraph-Herald and Times-Journal from Feb. 18, 1935 (click to enlarge)

As the host’s long black dress swayed onward, I realized we were veering closer and closer to the Astor Hotel.  I felt a sinking feeling in my gut as she announced, “Next stop, a haunted hotel!” My premonitions about the Astor were eerily reinforced as she recounted the tragic tale of a 1935 electrical fire that took the lives of Astor resident Oscar Teweles and Elsie Saxinger, a nurse who was helping care for Teweles after he’d suffered  a stroke that left him deaf and mute.  It is said that by the time Saxinger could wake him, it was too late. According to a newspaper clipping, both suffocated; Saxinger was found slumped by Teweles’ side. Saxinger had only been working for Teweles for a month.

Since then, Astor residents have reported screams in the fifth-floor hallway and sounds of pounding on Teweles’ door — which apparently had scratch marks on it.

The legend had the hallmarks of a good ghost story, but even more, it struck me as a poignant tale of what humans will do for each other in moments of desperation. That night I sat down with the hotel stationery and a drop-D-tuned acoustic guitar and wrote “Hotel Astor,” a reimagined story of the nurse and patient who had only just met. I wrote, “Should I not try to save you, I would be haunted till my dying day / Should I not leave with you, I would be haunted, honey, either way.” It’s a hypothetical moral dilemma that makes us wonder how we’d react if we were in the same situation.

As my stay at the Astor turned from days to weeks to months, I sometimes felt like I was living out a real-life Stephen King novel. After late-night gigs, I’d often stumble into the hotel feeling like young Danny in The Shining, tricycling through endless hallways being lured by specters to “Come play with us.” At night, lights would flicker endlessly and the thin walls would reveal a cacophony of sounds. A wooshy stereo sound effect was omnipresent as you passed through the tight hallways hearing opposing radios, TVs, cookware clanking, arguments, and other sounds you wish you hadn’t heard. The west-facing windows softly lit the halls at the golden hour, illuminating hanging dust particles that felt like they’d been there since the hotel was built in 1920. It’s the sort of joint ripe with the supernatural, if you want to believe it.

When I first checked into the Astor, I felt a bit outclassed. Under a stained glass skylight, French classical murals, and hanging chandeliers, I lugged my guitars and bags up to the front desk. A closer look at the lobby, though, revealed a now-abandoned cafe, ballroom, and salon. Alongside the desk was a baby grand piano with a laminated sign simply saying, “Do not play.” 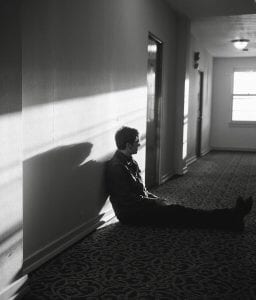 Photo by Abby the Artish

I tapped the call bell and a young concierge appeared. With his tidy hair and nervous energy, he told me he had no record of a “Mr. Trapper” booking the room. After clearing up a slight mix-up over the spelling of my last name, I boarded a rickety elevator and quickly noticed the contrasts within the hotel’s clientele. Some guests were long-term, elderly residents quick to share anecdotes of bygone times, while others were young, hurried professionals tuned into their devices. It was a motley crew, to be sure.

In my first couple weeks at the Astor, I experienced some “haunted” cliches: rattles and vibrations in the walls, lots of light flickering. Chalk it up to old wiring? Perhaps. The musky smells and occasionally gushes of windlike sounds weren’t exactly comforting, either.

I suspected a klepto specter when my French press and bicycle went missing after a weekend run of shows with Frank Turner. I was told by a bellhop that there “never was a bicycle locked outside in front of the building,” as if it were impossible for a bike to have been there. Weeks later, I found the bike alongside my cut U-lock hiding in the basement of the hotel, and a Seinfeldian saga emerged between me and that employee. The French press remains at large.

As I consider my time at the Astor and all the bits of supernatural lore I learned on the ghost tour that summer, I think such stories’ strength comes not in their truth but in having a receptive audience. The Astor Hotel’s original owner, Walter Schroeder, and his ghost were detailed in a 2005 This American Life episode titled “Remember Me.” A complaint was made at one of his other Wisconsin hotels of a room where someone was heard screaming for help inside. According to multiple staff members, the door was shaking furiously and kicking was heard as if someone was trying to get out. Upon entering, no one was there. Was it Walter? Oscar? Nurse Elsie?

I’m left with more questions than answers when I try to make sense of these brushes with the paranormal. I’ve made peace with those uncertainties, and by writing “Hotel Astor,” I hope to have appeased the ghosts of Astor’s past. 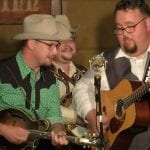